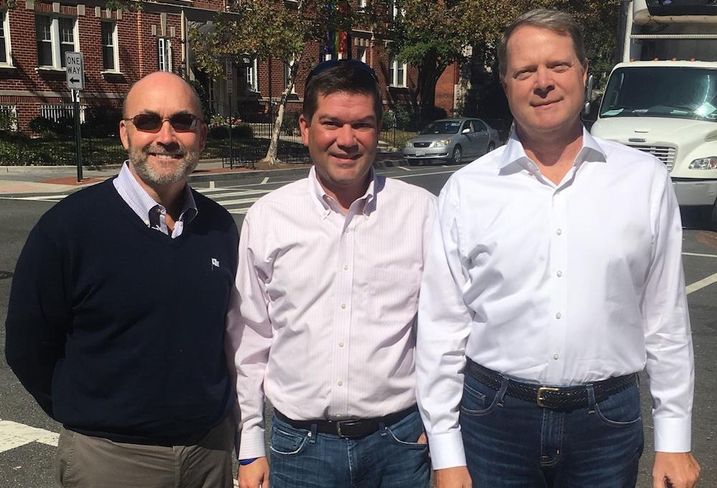 After launching a new firm in July, former First Potomac Realty Trust executives Doug Donatelli and Nicholas Smith have brought on a new colleague partner who used to work with them at the REIT.

Patrick Kelly will join DSC Partners as senior vice president. He comes from Philips Realty Capital, where he was managing director. Prior to that, he was vice president of acquisitions and asset management for First Potomac.

While at First Potomac, Kelly worked on several deals, including the acquisitions of 1200 17th St. NW and the Storey Park site in NoMa, which the firm sold last year. In 2011, Kelly was named to Bisnow's 35 under 35.

“We worked very closely with Pat for years at First Potomac Realty Trust, and will not only gain from his hands-on track record and his experience with acquisitions and management, but we will benefit from his expansive relationships that will be key during this important stage of our growth,” Donatelli said in a release.

Donatelli and Smith launched DSC Partners with a strategy of acquiring D.C.-area properties with a focus on value-add and Class-A assets. The firm's first acquisition was a 232K SF Rockville office building that it bought for $19.5M from The JBG Cos. ahead of its merger with Vornado.

First Potomac announced in June it would be acquired by Boston-based Government Properties Income Trust in a $1.4B deal that the REIT's shareholders approved last week.