After a surge in investment sales toward the end of last year, office transactions fell of a cliff in the first two quarters of 2016. Researchers attributed this drop to sentiment more than fundamentals, which appears to be proving correct as the sales market has picked up in a strong way this quarter. 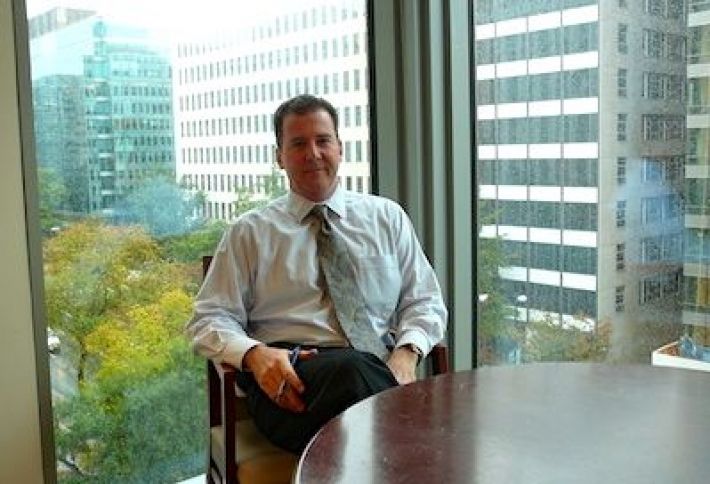 "In the third quarter, people started hopping back into the market more aggressively," Transwestern's Gerry Trainor tells Bisnow. "Not as aggressively as 2015, but the market is definitely heating up from where it was in Q1 and Q2."

GE Asset Management earlier this month traded One Thomas Circle for $115M. This sale alone was significantly larger than Q2's biggest sale of $70M, and was almost enough to match DC's entire Q2 sales volume of $134M, according to CBRE's Q2 report.

That dismal total was easily surpassed before the One Thomas Circle sale, though, when Unizo bought the CNN-anchored NoMa building at 820 First St NE for $140M in August and then acquired 1030 15th St NW for $228M a week later.

The momentum continued last week when StonebridgeCarras sold Constitution Square 3 and 4 for $422M to MetLife and Norges Bank. Those four transactions alone total $905M for Q3, more volume than the first two quarters combined, according to Transwestern's Q2 report.

Gerry attributed the first quarter's sales slump to a "hangover" from the sales boom at the end of 2015, combined with concerns of a global recession. In Q2, he says many of the big, open-end funds worried about investors wanting to cash out and reduce their real estate exposure.

"Because of that, they were being ultra conservative and weren’t spending money buying new properties," Gerry says. "They were just sitting tight."

Gerry says the market has picked up as worries about global recession have dissipated and foreign investors have shown increased interest in buying DC assets, a trend he expects to continue.

"All of the wealth from those countries are looking for safe havens, and DC, New York and San Francisco are major safe havens," Gerry says. "You still have a ton of capital from overseas looking to come into Washington real estate. That trend will not change." 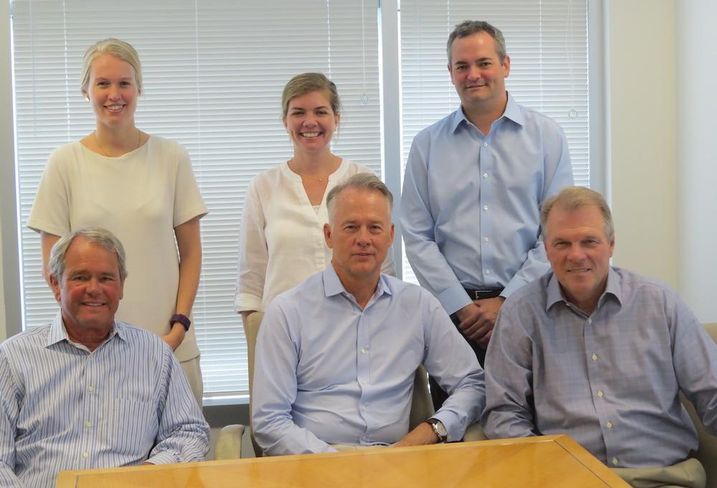 JLL's John Duffy, who came over in July when the firm acquired Sage Capital, says even with an increase in sales, it will be tough for the DC market to match its total 2015 sales volume of roughly $7.6B. This total was bolstered by a sale John brokered with Sage: Jamestown Properties acquiring America's Square from Ralph Dweck for $508M.

John, sitting front and center with his Sage Capital team above, says he hasn't seen the same sales volume in the market so far in 2016 as there was last year.

"It's a matter of supply," John tells Bisnow. "I'm not saying there’s unlimited demand, but America’s Square and assets like that have gotten tremendous interest in the last couple of years. There just aren’t many of those types of assets that become available. A lot depends on what comes on the market."

Some big properties have been put on the market recently that could potentially trade this year: Piedmont is looking to sell the 606k SF NASA HQ building at 300 E St SW and Ruben Cos is marketing 601 Pennsylvania Ave NW. Both buildings are being marketed by Cushman & Wakefield.

John said he expects the market to continue heating up and guesses a late surge could bring 2016 volume to 70% to 75% of last year's total. This type of bump would mirror what happened last year, when the final two months of 2015 saw at least $1.6B in deals closed.

The heating office sales market will certainly be a topic of discussion at Bisnow's Washington DC State of Office event on October 13.