Tokyo-based Unizo Holding Co. has been the most active investor in DC properties over the last 15 months, spending $1.2B on office properties, but little is known about the buyer, even among DC's top investment sales brokers. 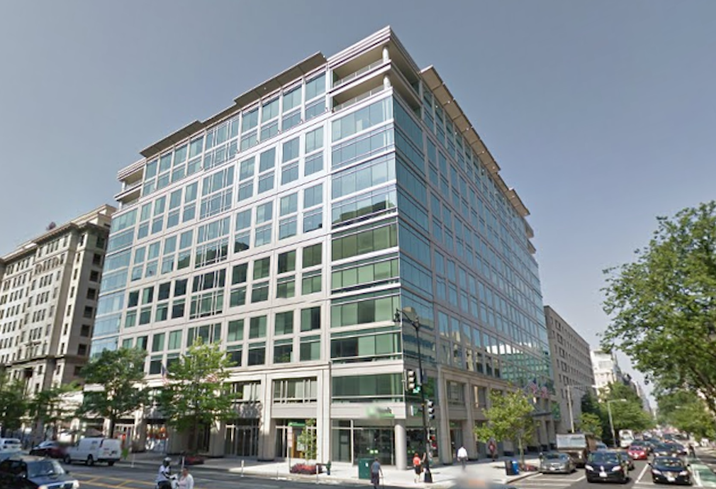 The Japanese buyer has burst into the DC office market over the last year at an unprecedented pace, with eight office purchases totaling more than 2M SF of real estate and $1.2B in investment. Alone, its acquisitions account for more than a quarter of the District's office sales volume since the start of 2016.

Unizo is a public company, but it keeps a low profile, refusing media requests and even telling the brokers it deals with not to speak publicly about its activities. It handles its investment activity internally and has no local partners, despite being a newcomer to the market.

Its acquisitions have been spread throughout the city, including properties in the central business district, East End, NoMa and Southwest DC. Click on the building icons in the map below to see information about each property, including the date of sale, seller, price, size of building, percent leased and tenants.

"They have single-handedly kept the market alive," Avison Young managing director John Kevill, one of DC's top investment sales brokers, said. "We have seen investors decide they want to concentrate and buy a few things in a market, but I don’t think I've ever seen an investor dominate a market the way they have."

Cushman & Wakefield executive director Eric Berkman, another top area investment sales broker, said he has toured Unizo representatives through some of the buildings he has marketed but has not done any deals with them. He called them "mystery buyers," noting that they do not have a single point of contact and he has toured a different person each time. He said the company has been unusually aloof for a foreign investor, especially one buying properties at such a rapid pace.

Two of the brokerage firms that have completed deals with Unizo, Eastdil Secured and HFF, would not speak publicly about the company. HFF senior director Jim Meisel, approached by this reporter at a recent real estate event, said Unizo wants to keep a low profile and does not want brokers it does deals with to talk about the company's investment activity. 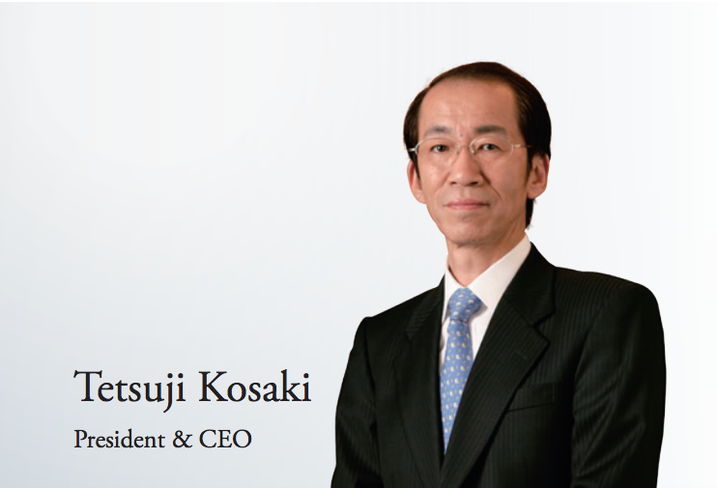 The company was founded in 1959 as Daisho Fudosan Co. It changed its name to Jowa Kosan Co. in 1972 and then became Unizo Holdings Co. in July 2015. Its shares were first listed on the Tokyo Stock Exchange in June 2009.

The company made a major strategic shift to become an aggressive investor in 2010 and 2011, when it appointed Takao Suzuki as chairman and Tetsuji Kosaki as president and CEO. The company owned just nine buildings in its portfolio as of March 2011, but by April 2016 it had expanded its portfolio to 80 buildings, according to its 2016 Annual Report.

The majority of Unizo's holdings are in Japan, but in 2013, it decided to begin investing overseas, specifically in New York and Washington. It began in December 2013 with the acquisition of Manhattan's 440 Ninth Ave., an 18-story, 400K SF office building for $210M. It then took a year hiatus before buying two buildings near Madison Square Park in January 2015. It made two more Manhattan buys in February 2015 and August 2015, before shifting its sights to the nation's capital. 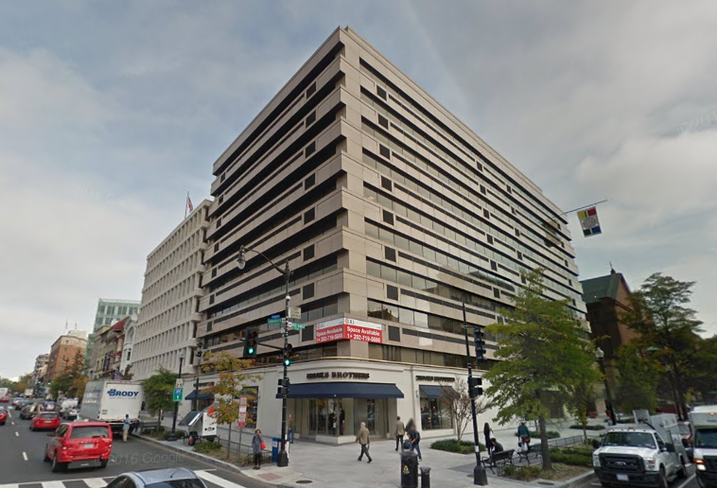 What followed was a barrage of seven deals for eight buildings in just over 12 months: 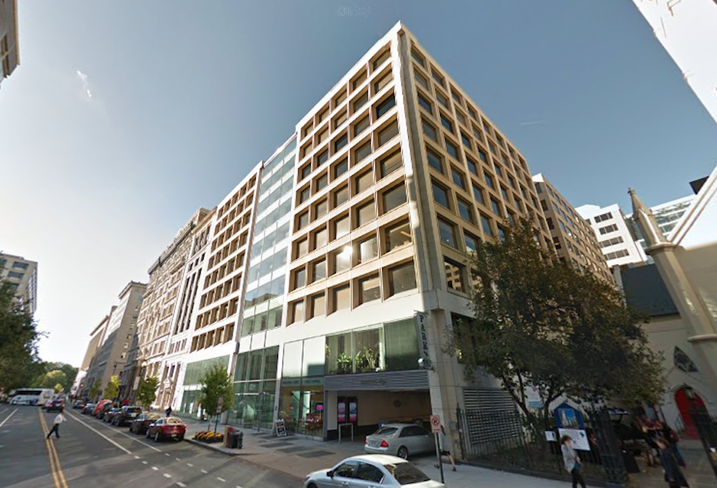 The investor shows no sign of slowing its buying pace, although it is close to reaching a milestone. Unizo has a stated goal of owning 100 office buildings worldwide by March 2018, according to investor materials. It owned 80 as of April 31, 2016, and has acquired six DC properties since.

The two pillars of the company's strategy, according to investor materials, are "growth potential" and "highly stable and profitable business structure." Its investments in DC appear to be focused on the latter, buying older properties in established neighborhoods that are at or near full occupancy. None of the properties would be expected to see significant value growth without some renovation, but they are safe long-term investments that will continue to generate revenue for years to come.

Japanese investors have been ramping up investment in properties in major US gateway markets over the last couple of years, AFIRE CEO Jim Fetgatter said. He attributed the trend to Japan's negative interest rates and investors desire to put money in safe markets.

"The U.S. is a logical place for them to come," Fetgatter said. "They came over in a big wave in the late '80s and early '90s, and unfortunately it was right at the beginning of our real estate crash, so they suffered losses and stayed away for some time. I think they've realized it’s time to put their foot in the water again."

Unizo dove head first into the DC market over the last year. By September 2016, six months after buying its first DC property, it already ranked eighth among the top foreign investors in DC properties at the time by square foot owned. Now seven months later, after making three more acquisitions, Unizo ranks second for foreign holders of office property and third for all property in the DC market. 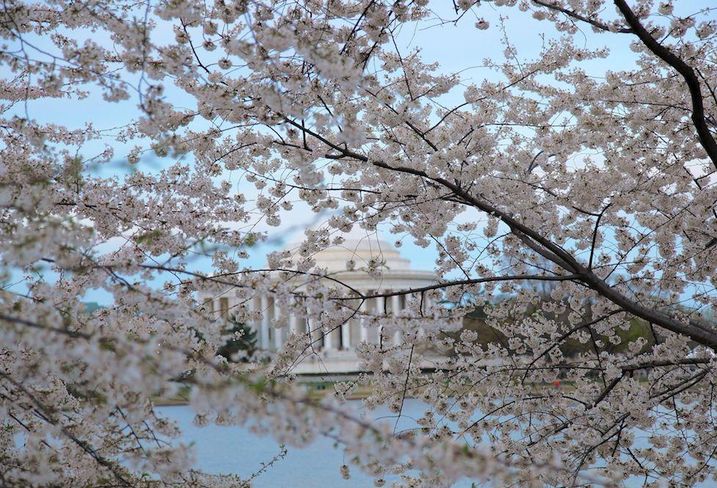 Unizo has even attracted the attention of civic organizations like the National Cherry Blossom Festival. Its president, Diana Mayhew, emailed a reporter earlier this month trying to get in touch with Unizo about sponsorship opportunities with the festival, which celebrates the 1912 gift of Japanese Cherry Trees from the mayor of Tokyo City to Washington, DC.

The Japanese investor has now given DC a new kind of gift: a rejuvenated office investment sales market. Sales experienced a dip in the middle of 2016, picking up toward the end of the year when Unizo made multiple acquisitions. Many in DC's office market were worried after AFIRE's January report, which surveyed hundreds of foreign investors, showed DC had fallen to its lowest-ever ranking, sixth in the US and 15th globally. But Fetgatter said the report only shows the sentiment of investors already holding U.S. property, not potential new ones like Unizo that could swoop in and go on acquisition sprees.

Investors that have held DC property for years, Fetgatter said, may still be discouraged by BRAC and sequestration, combined with shrinking law firm footprints, but new investors like Unizo still view it as a city full of opportunity.

“It’s got that steady stable workforce and the anchor of the federal government,” Fetgatter said. “Any way you cut it, it’s still a good place to put money in. I think newer investors are perhaps not as concerned about it, and are not impeded by having been here a while and are looking at it with a fresh look and saying, ‘Wait a minute, this is a good market, we should be here.’”