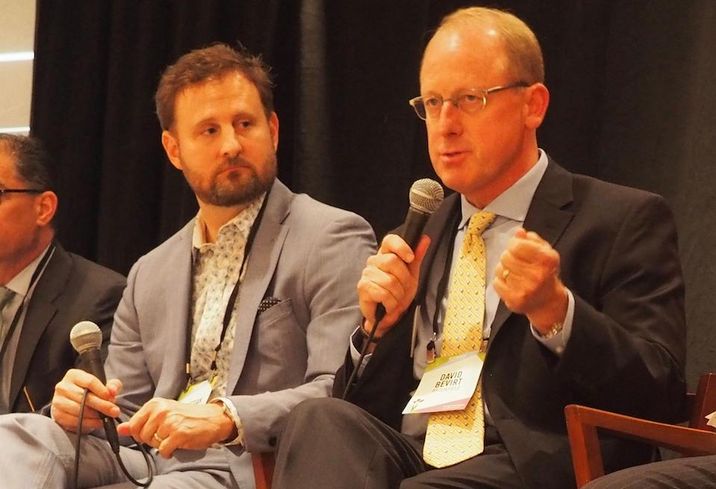 The head of leasing for one of D.C.'s largest office owners is leaving the market.

Bevirt, a 32-year veteran of D.C.'s commercial real estate industry, has spent the last six years with Brookfield, and before that he worked for JLL and CarrAmerica.

Brookfield's 25-property D.C.-area portfolio totals 8.7M SF, including 10 buildings in the District, eight in Montgomery County, five in Arlington and two in Reston. Some of its big, recent deals have included law firm Bracewell signing on for 50K SF at Brookfield's 2001 M St. redevelopment and Nixon Peabody taking 65K SF at 799 Ninth St. NW. It also partnered with Douglas Development to land the The Advisory Board for 500K SF at 655 New York Ave. NW.

In Tampa, Bevirt will be in charge of leasing the city's largest mixed-use development. The 2M SF of office space planned at Water Street Tampa totals one-third the size of the cities' existing 6M SF central business district. The 50-acre project is also slated for 3,500 residential units, 1M SF of retail, two hotels, two museums, 13 acres of parks and a school of medicine for the University of South Florida.

Water Street Tampa is being developed by Strategic Property Partners, whose CEO previously worked at The JBG Cos., and its investors include Tampa Bay Lightning owner Jeff Vinik and Bill Gates' Cascade Investment LLC. Bevirt will join SPP as executive vice president.

"I do get called on occasion by headhunters, but this one was different and seemed to resonate," Bevirt told Bisnow. "It would be a lifestyle change for my wife and I; we're almost empty nesters. Also, once I understood the capital structure with Vinik and Cascade Investment and the team that has been assembled for this, it all made sense."

Bevirt said he will miss working with the D.C. real estate community and said he looks back fondly on the time he spent with organizations such as Best Buddies, Pathways to Housing, NAIOP Virginia and the NoMa BID.

"People that are successful definitely give back outside of their careers," Bevirt said. "That is something that has been very important to me, to teach lessons to a lot of the younger kids coming up in the business: work hard, keep your head down and give back."