Why Billionaire Jeff Vinik Has Gone All-In On Tampa

Almost a decade ago, Jeff Vinik went shopping for a hockey team. 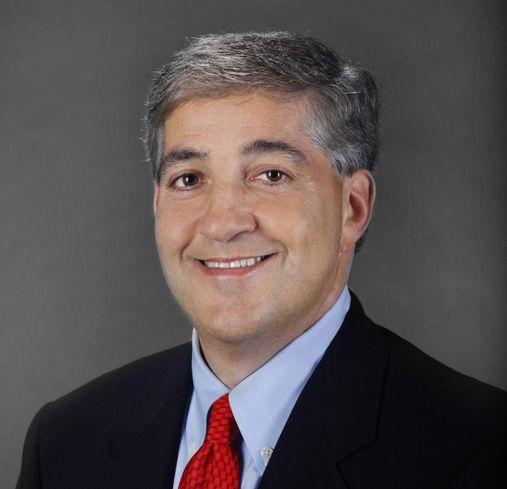 “There were a dozen that were for sale – or could have been for sale,” he told Bisnow in a phone interview. “I'm an analyst by training. My past is in the stock market. So I weigh the positives and negatives of all things. And Tampa — the demographic trends long term gave it a terrific tailwind.”

About 58,000 people moved to Tampa in 2016, according to census data, making it the fifth-fastest-growing region in the U.S. by migration.

Vinik made his name on Wall Street in the 1990s producing 17% returns as head of the Fidelity Magellan mutual fund, then started his own hedge fund in Boston making 53% returns.

"[Tampa] had a history of success with sports teams, good, welcoming people and an incredible quality of life," Vinik said. "I had a sense that it had been overlooked and not appreciated. I thought it was undervalued and had great opportunities, one of which is real estate.”

So he moved to Tampa full time, bought the Tampa Bay Lightning NHL franchise — he is also part owner of the Red Sox — and set about transforming the city. He is creating Water Street Tampa, a $3B development on 50 acres.

The massive, master planned, walkable, mixed-use community will include 3,500 residences, two hotels (including Tampa's first five-star hotel), 1M SF of retail, 2M SF of office space, two museums, 13 acres of parks and a school of medicine for the University of South Florida.

“We will be breaking ground on buildings, at least one per quarter, for the next two to three years,” Vinik said.

Market research and surveys indicate strong demand for the product, Vinik said, although construction costs have gone up, so it is a lot harder to achieve returns.

“I wouldn't say we're shooting the lights out on financial projections,” Vinik said.

Water Street is being developed with Bill Gates' investment arm, Cascade Investment LLC — their joint venture is called Strategic Property Partners — but Gates himself is not actively involved, Vinik said.

“I deal with the investment people at Cascade," he said. "Bill has a lot to do, I imagine. He certainly knows about it. Cascade sees the exact same thing here with potential.”

Vinik has also been injecting cash into Tampa companies. Vinik revealed an investment last week in StemRad, an Israeli company that makes protective wear for gamma radiation. The company had been through an incubator program in Tampa and decided to locate a U.S. headquarters there.

Although news reports suggested that the investment was "about Armageddon," Vinik told Bisnow he was drawn to it because of potential applications for first responders and radiologists in hospitals.

Though many of his investments are in private equity and not disclosed, Vinik was also unmasked this summer as a "secret" investor in the Tampa Bay Times. Also this year, he invested in Oak Point Advisors, a Tampa business that provides back-office services to hedge funds. He has talked about wanting to lure more asset managers to Tampa.

Tampa has a notable business scene, and Vinik thinks with better school pipelines and coding academies, it could evolve as a tech hub.

“There's quite a bit going on here, but nobody knows about it,” he said. Still, he is not ready to bet on super-futuristic technologies. "As I look to the future, some people think we're at the top of a bubble, a mini bubble, in startup land, with bitcoin [and such]. My belief is that we're in the early to mid stages of a long-term period of entrepreneurism or innovation.

"Frankly, I think it just started. Virtual reality, artificial intelligence, blockchain, automated vehicles, these are all major areas. I talk to a lot of experts about blockchain. I'm not invested in it or betting on it. I think it's a sideshow. Bitcoin and ICOs, initial coin offerings, those are a sideshow for what is really the opportunity, which is the blockchain ecosystem underlying it. That's for real. That will be a major phenomenon the next 20 years. But cryptocurrencies are not for me.”

In the meantime, the hockey thing is working out. The Lightning this year, in their 19,000-person arena, sold out more than 100 consecutive games.

Join Vinik is in Tampa on Tuesday, when he speaks at Bisnow's Building Cities of the Future event.