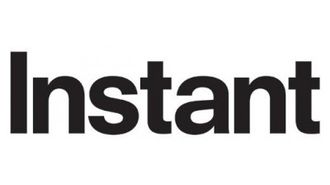 7 Flexible Office Trends To Watch In 2018

The flexible office market in the U.S. and abroad has seen significant growth and evolution over the past year.

According to The Instant Group, demand for flexible workspace is growing over 15% year over year in the U.K. and at an even higher rate across the rest of Europe and the Middle East. In the U.S., an estimated 1.2 million employees, 78% of whom are under 40 years old, worked in a co-working space last year.

Continued growth for flexible office space is on the horizon according to The Instant Group Managing Director of Sales and Marketing for the Americas Michelle Bodick. Bodick identified seven trends fueling flexible office’s momentum in 2018.

1. New Landlords In The Game

Continued growth in flexible working options by way of expansions, acquisitions and partnerships will help the flex sector mature. Major landlords and asset managers like Carlyle and Blackstone are exploring how they can incorporate flexible office space into their portfolios, Bodick said. Flexible office space allows them to increase the value and broaden the appeal of their assets by managing the workspace and providing tenants with improved amenities, meeting rooms and swing space.

Many landlords and corporate tenants who feel constrained by long-term lease agreements will look to convert conventional office space into flex in 2018, according to Bodick. The former will see faster, easier leasing, while the latter can reduce their rent exposure with shorter contracts, hedge against changing future space needs and even improve employee satisfaction.

Courtesy of Silva Brand
The interior of a WeWork office

“Niche operators that emphasize service and customizability, such as Convene, Serendipity Labs, The Yard and Industrious, will continue to expand,” Bodick said.

Their specialized and turnkey offerings attract businesses and freelancers that demand an experience closely tailored to their needs. These operators seek to understand their tenants’ immediate and long-term space needs and accommodate them.

A number of major markets across the U.S. grew their flexible office stock significantly in 2017, Bodick said. Instant’s forthcoming 2018 flexible workspace review contains an in-depth report on what is driving growth, with an assessment of pricing and insights into how supply and demand forces are affecting the market.

Bisnow/Jon Banister
The WeWork space on K Street in Downtown D.C., photographed in 2016.

The co-working giant WeWork has continued to expand at a rapid pace, growing its member base with larger, high-profile companies.

“WeWork has entered new markets and increased its coverage in existing markets by moving into areas not traditionally served by the larger operators,” Bodick said.

Corporate occupiers continue to seek increased agility, using flexible workspaces and co-working locations as an option to expand into new markets, provide for remote workers or act opportunistically to place project teams where and when required.

“For law firms in traditional and flex workspaces, we expect to see a rise in those focusing on their Business Continuity Plans, which are crucial in the event of a crisis, such as natural disasters and cyberattacks,” Bodick said. “The Instant Group, in conjunction with Sandpiper Partners, has released a report titled The Legal Business Continuity Survey.”

The survey found that 56% of the law firms polled already leverage flex spaces as part of their BCPs. Bodick expects that figure to increase throughout 2018 as more companies realize the shortcomings of working remotely.

Instant Group
The Instant Group are the flexible workspace specialist listing co-working and flexible office space across the world. Their research is based on more than 15 years of proprietary data. Underpinned by unrivalled expertise, Instant tailors unique solutions to help businesses of all sizes to grow, drive savings or gain invaluable insight. Established in 1999, The Instant Group has achieved 23 per cent compound growth over the past four years and continues to expand with private equity funding secured from MML Capital in 2012. With offices in London, Berlin, Dallas, New York, San Francisco, Hong Kong, Sydney, Singapore, and Kuala Lumpur. The Instant Group employs more than 180 experts and has clients in 113 countries.
Confirmed! You are subscribed to the Bisnow Washington DC E-Newsletter.
Most Read Stories
More Top Stories
Bisnow DC Newsletter
Bisnow DC Newsletter