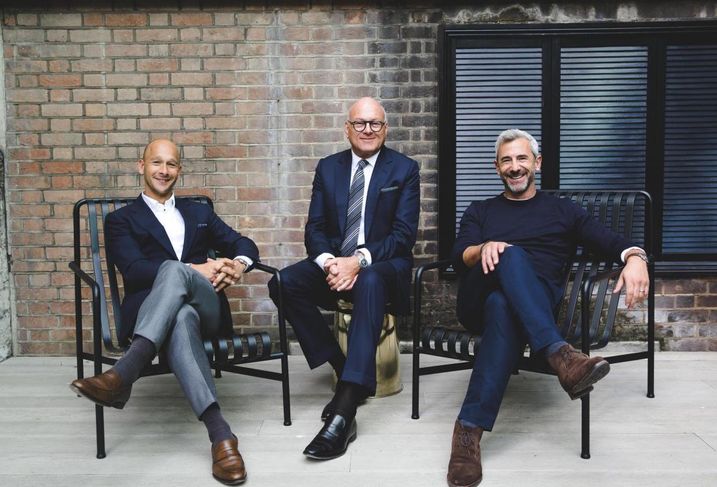 Blackstone has become the third-largest provider of flexible workspace in Central London, as the trend for property owners to back co-working companies picks up pace.

The U.S. fund manager announced a deal to buy a majority stake in The Office Group in a transaction that values the company at around £500M.

Although still some way behind WeWork, the deal gives Blackstone an immediate and large platform in the London co-working sector.

The Office Group has 36 locations, mainly in Central London, and data compiled by Cushman & Wakefield for Bisnow shows it occupies 888K SF, making it the third-largest flexible workspace provider in Central London after WeWork and Regus. (The numbers are slightly blurred in that Workspace provides more space than The Office Group but under two different brands.) The data does not cover outer London.

Blackstone can help the company expand quickly. It owns 16 assets across London totaling 1.6M SF, providing a ready-made portfolio into which The Office Group can expand. 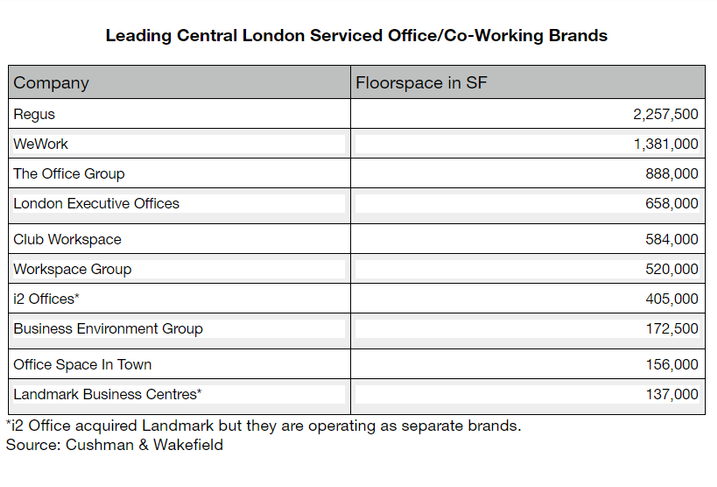 A note by co-founders Olly Olsen and Charlie Green to TOG members (which includes Bisnow) today said: “The impact of this is that we’ll have access to more buildings, through [Blackstone's] investment and their portfolio, which will allow us to grow the TOG network and member community.”

In an insight into how the deal was structured and will work they said: “Other than that, nothing changes. No earn out, no change in who is running the business and no change in who is looking after you in the buildings. It’s the same people it has always been and that will stay the same moving forward.”

The duo set up the business in 2003, and it is chaired by entrepreneur Lloyd Dorfman.

Blackstone is the second U.S. private equity firm to dive into the London co-working sector. Carlyle announced Friday that it had backed a co-working business with three sites called Uncommon. It is investing in the brand and buying buildings for it to occupy.

Traditional property companies like British Land are also setting up their own co-working spaces to drive income from their portfolios.

Central London takeup from flexible office providers fell 32% to 843K SF in 2016 according to data from Cushman, but still maintained a healthy share of the overall office leasing market, 8.8% compared to 10.1% the year before.