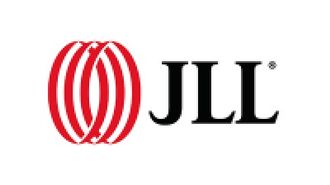 20 Years After 'Office Space,' The Mondays' Are No More

In 1999, 20th Century Fox released the American workplace classic Office Space. The film highlighted everything that was wrong with the office culture of the day, from claustrophobic cubicles to dull common spaces featuring nothing more than a water cooler and an old coffeepot.

While the modern workplace might have evolved of its own accord, the film became something of a lightning rod for a revolution in office culture.

“Office Space was an overexaggerated example of what needed to change in the American workplace,” said Louis Molinini, JLL Mid-Atlantic project and development services market lead. “However, it was clear that it was time to re-examine the role offices were playing on employees, culture and work productivity. Today, companies like JLL have helped to revolutionize the idea of what an office can be.”

In the years since Office Space premiered, Molinini has been working with clients to help them make the modern office feel more collaborative, enhance productivity and attract top talent.

In one key scene, the main character triumphantly takes a drill to his cubicle walls and knocks them down to get a view of a window. While this scene may be a work of fiction, the benefits of giving workers access to sunlight are anything but.

A study conducted at a call center where employees regularly rotate seats found that workers with a view of the outdoors processed calls 6% to 12% faster than those with no views. Another study found that employees whose offices had windows slept an average of 46 minutes more per night than those working in a windowless space.

Today, Molinini explained, the windowless office space has mostly become a thing of the past and modern offices are built around airy, open spaces with an abundance of natural light.

JLL’s Project and Development Services now manages the process of building out spaces to create more agile environments with a variety of collaborative spaces where staff can work. Formal conference rooms, informal lounge areas, small team rooms, video conference and telepresence rooms, stand-up meeting rooms and café areas with booth seating are all examples of these types of collaborative spaces.

Molinini added that the key to any successful office redesign is to involve staff in the process early on, so they feel engaged and invested in the end product.

“The employee experience or ‘human experience’ is a critical component of any new space initiative,” Molinini said. “This is why it’s important to engage employees in the process through work surveys, focus group interviews, town hall meetings, site visits during construction and other measures. This way, they will be prepared for, and even excited about, the changes ahead.”

In one particularly memorable scene in Office Space, three of the characters steal their office’s notoriously faulty printer and destroy it with a baseball bat to express their frustration with having to constantly wait for it to print properly. This wouldn’t happen in most modern workplaces, Molinini explained, because his clients are increasingly going paperless. Eliminating paperwork has helped companies reduce their carbon footprint and free up valuable square footage, driving companies’ leasing costs down.

Paper reduction efforts are not the only things saving space. Michelle Dandeneau, managing director for JLL Mid-Atlantic's PDS team, explained that many of her clients have implemented video conferencing tools, electronic document management services, and other new office tech that enables them to telecommute with ease. Research has shown that 80% to 90% of the total U.S. workforce would like to have the option to telecommute at least part of the time.

Dandeneau pointed out that telecommuting offers benefits for employers as well, enabling them to reduce their real estate costs without reducing their workforce. For example, as a result of its telecommuting initiatives, insurance giant Aetna was able to sell $2.7M worth of office space and save $78M.

Of course, working from home helps employees avoid awkward office parties where they miss out on that last piece of cake.

Ultimately though, employers want their staff to be excited to come into the office, which is why JLL has been working hard to help companies create spaces that celebrate what makes their organization unique.

“Offering the option to telecommute is a great way to promote work-life balance, but corporate culture, networking and engaging with co-workers is not the same when done remotely,” Molinini said. “This is why we focus on building spaces that reflect the positive, team-focused culture companies are striving to create that will inspire their employees to come in each day.”

All of these new developments, Dandeneau explained, are a testament to just how much things have changed for the better since Office Space premiered.

“The iconic movie serves as a reminder of just how far the concept of ‘office space’ has evolved,” Dandeneau said. “The focus on the employee experience has been brought to the forefront, so no one will come down with a ‘case of the Mondays’ again.”