You can call it Millennials on the Move--the continuing flood of young people into the city, creating huge new demand not just for retail, as we reported yesterday, but residential as well. We'll showcase all at our Explosion of Northeast DC event on Feb. 10, on location in NoMa, a part of our Neighborhood Series presented by United Bank. 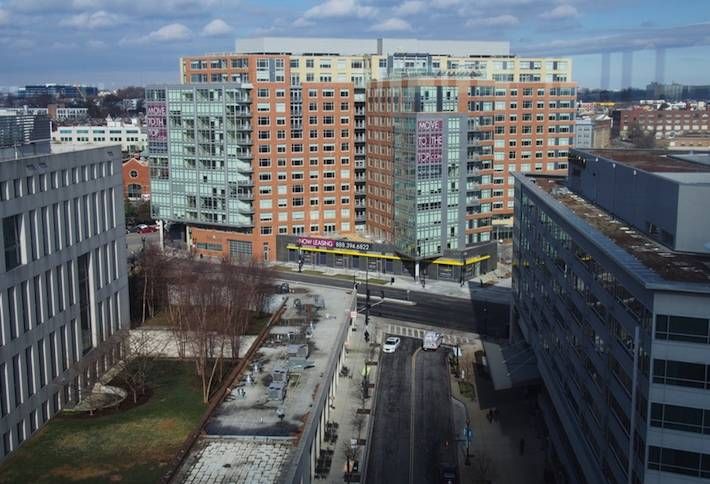 MRP’s snazzy 400-unit Elevation luxury apartments, seen here between the ATF and Couryard Marriott. It opened in October and is renting fast. 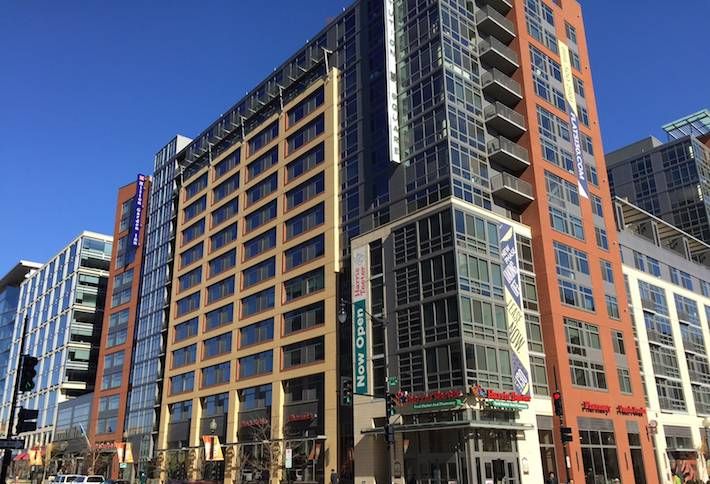 Stonebridge Carras' Flats, purchased late last year by TIAA-CREF for $295M, was a pioneer of the area, featuring 643 units above a 50k SF foodie-magnet Harris Teeter. 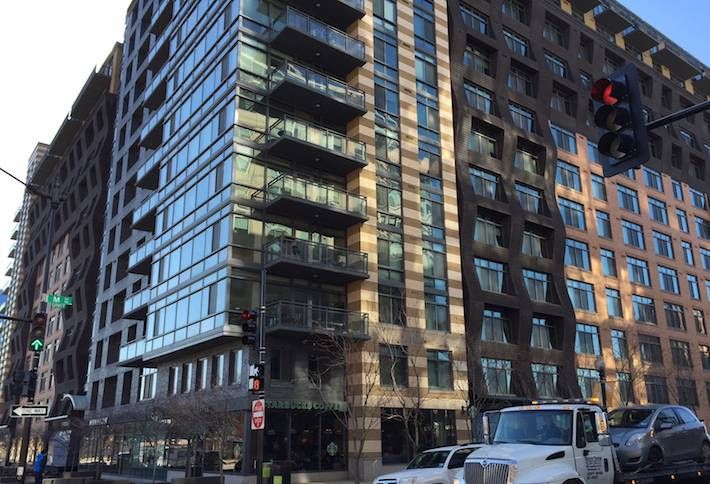 Another early entrant, Avalon Bay's First and M has 469 units. 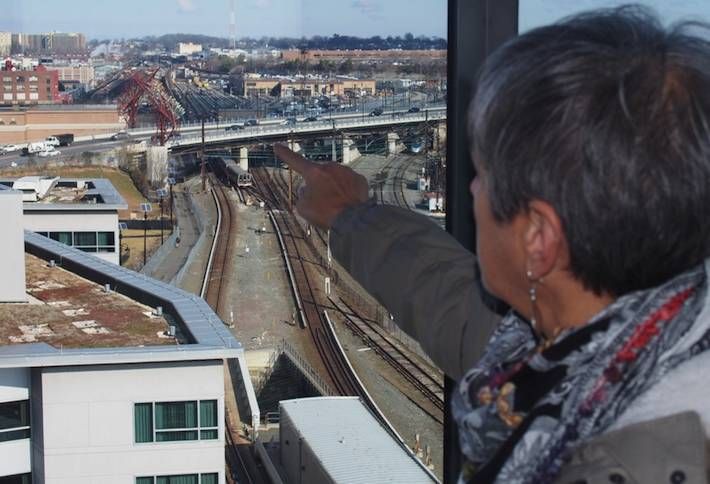 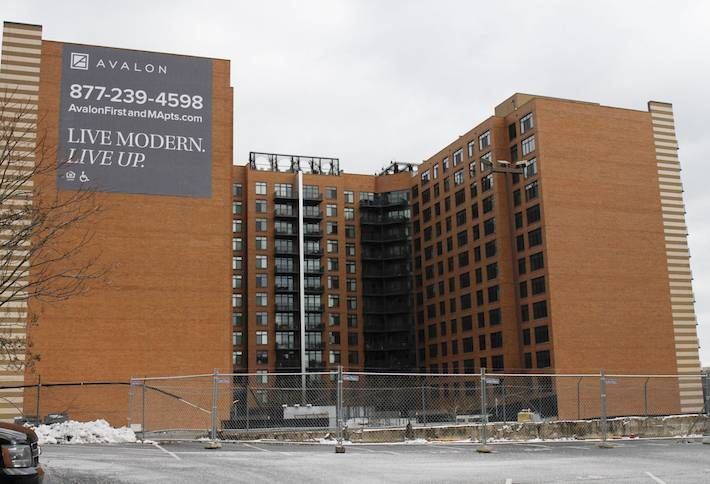 The success of these buildings has inspired multiple new developments, like Avalon Bay's planned 436 units between North Capitol and First Street NE, to be built on this vacant lot adjacent to the back of its First and M. 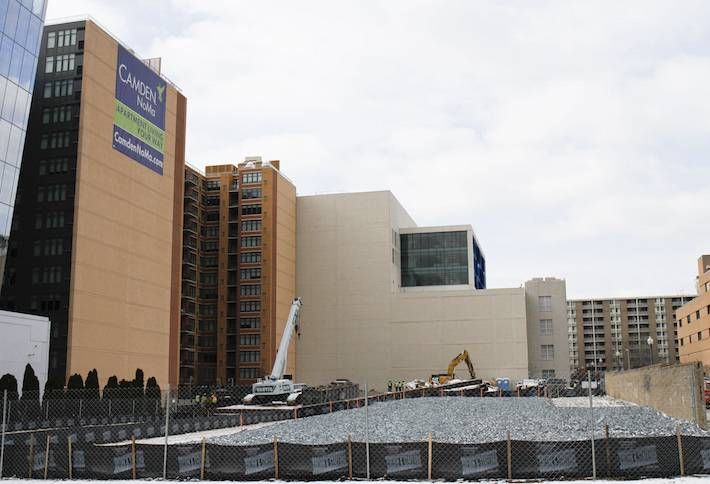 And Camden's planned 405 units between Pierce and L will be adjacent to its Phase 1 of 321 units on the left. (The NPR headquarters on North Capitol is straight ahead--it was an adaptive reuse of the historic C&P Telephone building.) 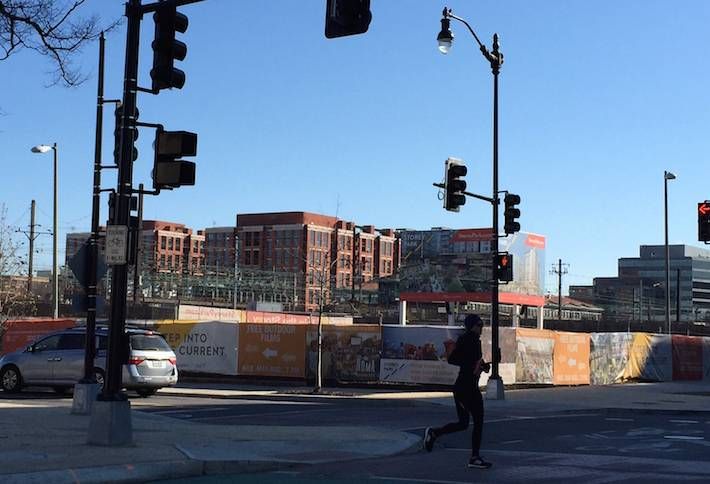 At First and L, First Potomac will build Storey Park (712k SF of mixed-use for 2017 delivery). The NoMa Parks Foundation will also create L Street Plaza, a neighborhood gathering place with lots of fountains and green space able to hold 1,300 people for fairs and performances. 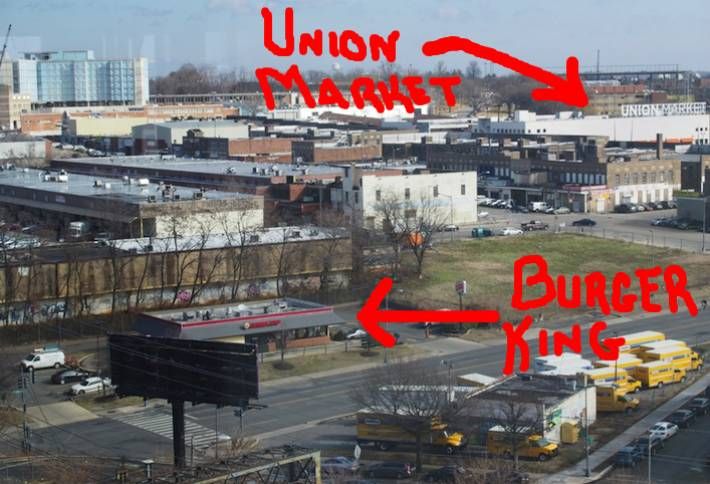 From the top of Three Constitution Square (where we'll be holding our Feb. 10 event), we saw Union Market a few blocks away, which although not technically within the BID is considered closely related. That perception will only grow as the area in between is quickly filled in with more mixed-use. For example, the Burger King (on Florida between Third and Fourth) has been sold to Level 2, and LCOR has the adjacent grassy area. Both have imminent plans for retail and residential. 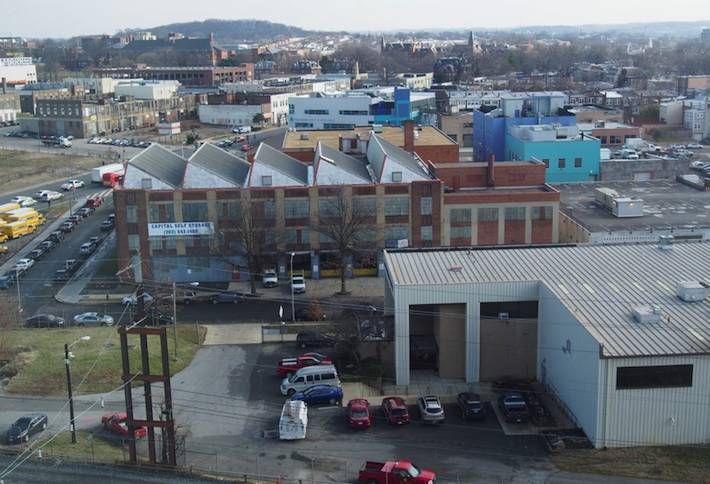 Across Florida from from Burger King, Wilkes owns Capital Self Storage (the sawtooth roof) and adjacent lots. It recently filed a PUD to construct 300 M St NE, 400 apartments over retail. In the distant background: a picturesque 99-acre Frederick Law Olmstead-designed Gallaudet campus, with JBG planning mixed-use on its western edge. 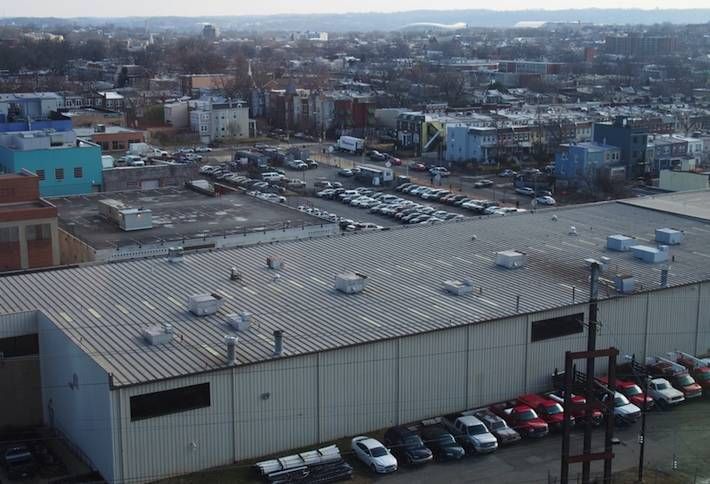 This is Central Armature Works, owned by a local family negotiating with a developer for a residential JV. 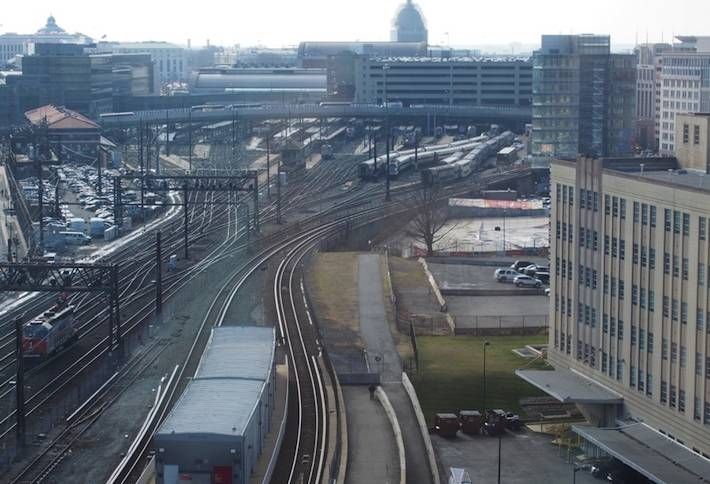 To enhance the residential feel of the area, the Metropolitan Branch Trail, similar to Maryland’s Capital Crescent Trail, that runs from G'Town to Bethesda, will go from L Street (circled) eight miles to Silver Spring. DDOT has provided funding, and it’s almost 50% complete. 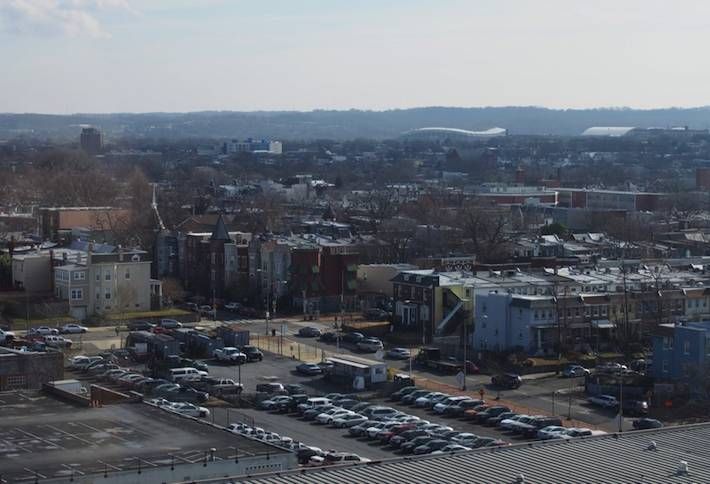 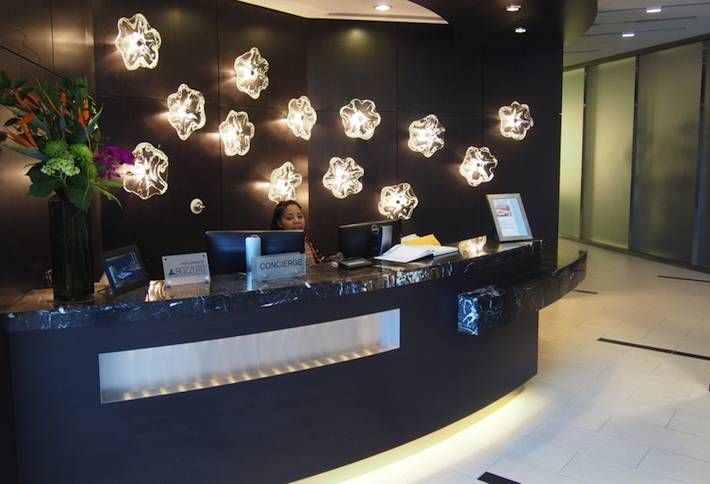 We walked over to Elevation to see a Millennial apartment house in action. We don't remember these amenities from our day. 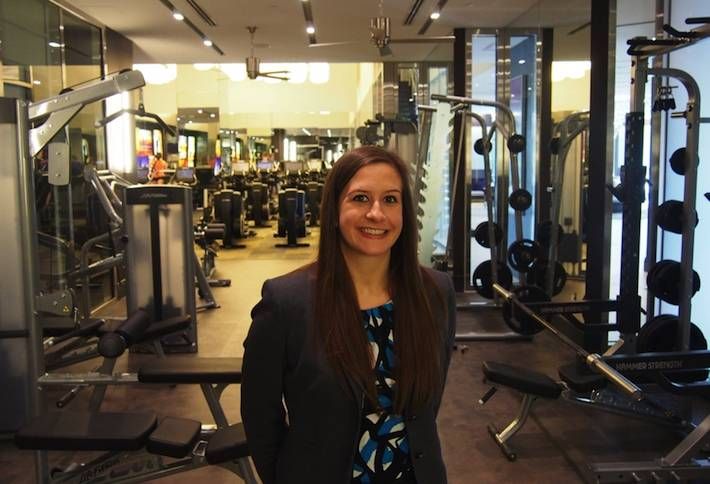 Of course there must be a fitness room, which staff member Sarah showed us. 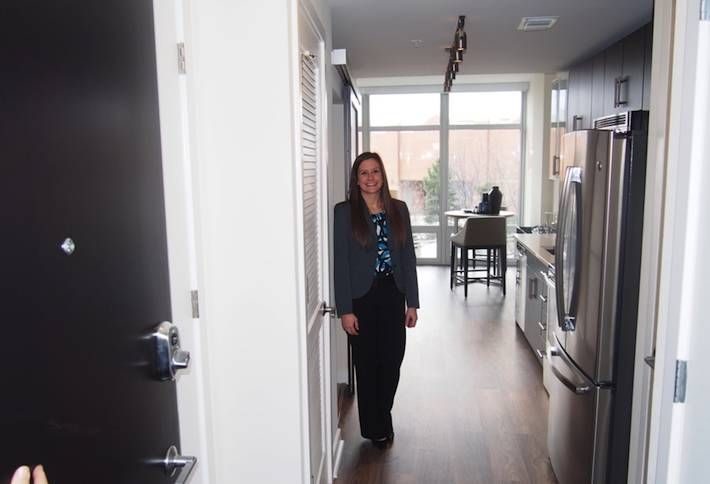 While common areas are large, units are small—but the advantage is that you can walk in the door and immediately grab food from the refrigerator. One-bedrooms, at 550 SF, run from $1,800 a month, two-bedrooms and 1,030 SF are $2,900 a month. 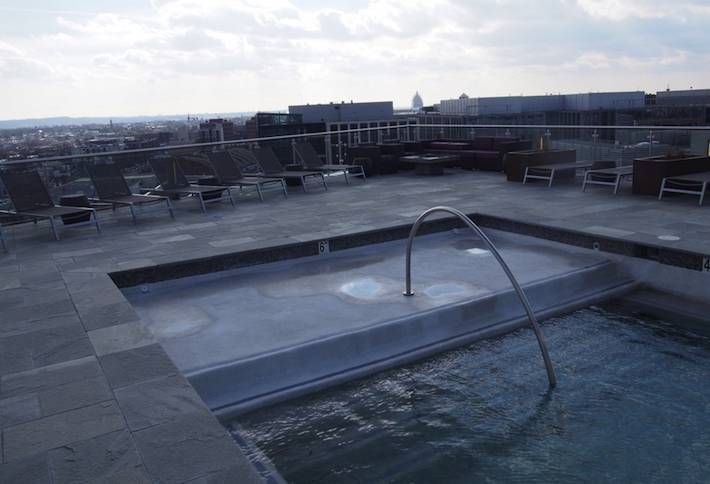 A pool on the roof is now also de rigueur. Which may explain why NoMa is so hot. All those rooftop pools are heated.