What Makes Reston Even More Attractive Than Tysons For Developers

Two of DC's biggest developers—The JBG Cos and Boston Properties—have massive Reston projects in the pipeline that will connect the urban core to the upcoming Silver Line stop. These projects, combined with Reston's natural advantages, make it an even more attractive neighborhood than Tysons, some developers believe. These developers will discuss these hot neighborhoods at Bisnow's Fairfax County State of the Market on Aug. 17. 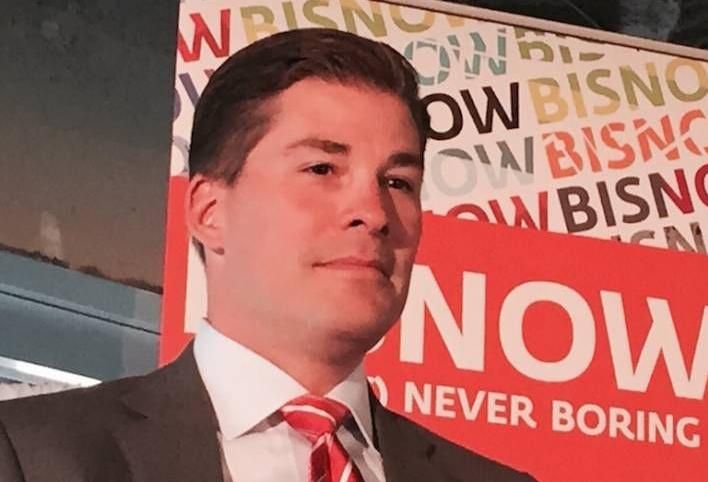 JBG principal Greg Trimmer, pictured above at last year's Bisnow event, says Reston's walkability, which will be improved by the next phase of JBG's RTC West, gives it a leg up on Tysons.

"In Reston, you have a pretty solid street grid that’s walkable and it's only getting better," Greg, who will be a panelist again, says. "Tysons is making strides to make it more pedestrian, but it's a very auto-centric environment, and that’s a departure from what most consumers want." 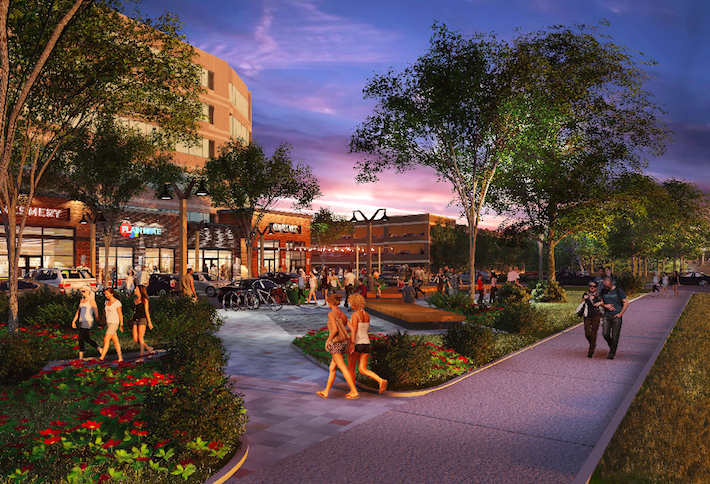 For RTC West's Phase 1, JBG is adding 40k SF of retail, rendered above, to three existing office buildings in between the urban core and the upcoming Silver Line Metro station. In the project's second phase, the developer hopes to add density to the area with 650k SF of residential as well as 600k SF of office including a 300k SF trophy office and 125k SF “creative loft office."At full build-out, RTC West will total 702 multifamily units, just over 1M SF of office, and 92k SF of retail.

Another advantage Reston has over Tysons, Greg says, is the connection people have with it because of its residential history.

"In Tysons, you don’t have that depth of an existing neighborhood system with people who are passionate about Tysons, who grew up and went to high school there," Greg says. 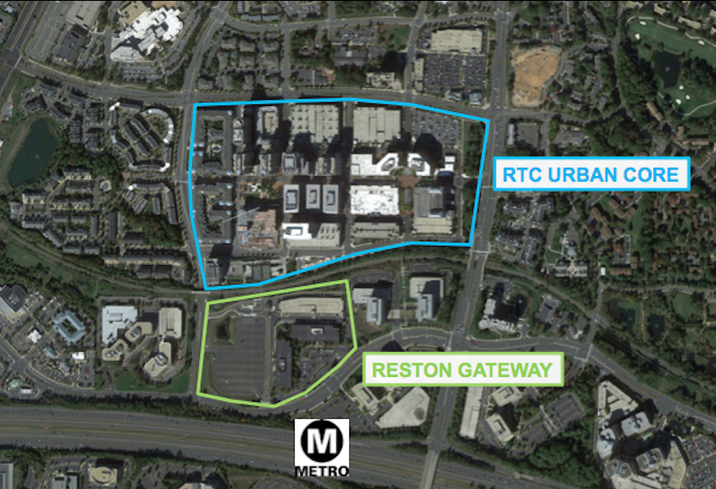 Courtesy: Boston Properties
An aerial view of the Reston Town Center and Reston Gateway sites in relation to the upcoming Silver Line station

To the east of RTC West, Boston Properties—which developed most of Reston Town Center's urban core—is filling the 22-acre site between the under-construction Metro station and the urban core with as much as 4M SF of development, dubbed Reston Gateway. The development is still in planning stages and no groundbreaking date has been set.

“We hope to complement, as opposed to duplicate, the success that has been achieved in the urban core,” Boston Properties SVP Pete Otteni, who will also speak at our event, says. "The continuation of a mixed-use, amenitized, urban environment makes a lot of sense. Having a similar experience when you get off Metro as you're walking up to the urban core, that’s the idea." 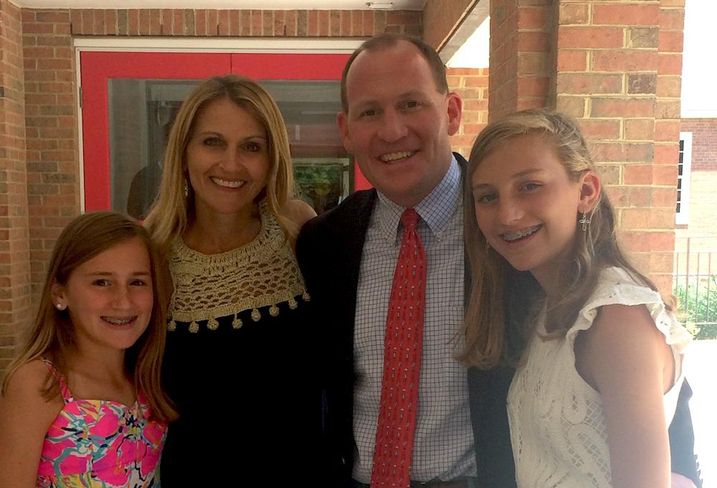 While JBG and Boston Properties are building mammoth mixed-use projects across the street from one another, Pete says the two developers are not at odds with each other. Rather, they have coordinated closely.

"Having those developments be integrated with one another could be great for both," Pete, pictured above with his wife, Amy, and his daughters Caroline and Helen, says. "It is certainly competition, but we hope there's enough demand to go around, and that has been the case to date."

In addition to the huge Reston Gateway project, Boston Properties is also building two more mixed-use buildings in the urban core. The Signature, a 508-unit apartment building, will have 30k SF of ground-level retail anchored by Balducci's grocery store. Also in Reston Town Center, the developer is tearing down a three-story office and retail building to replace it with a 17-story trophy office tower, also with ground-level retail. 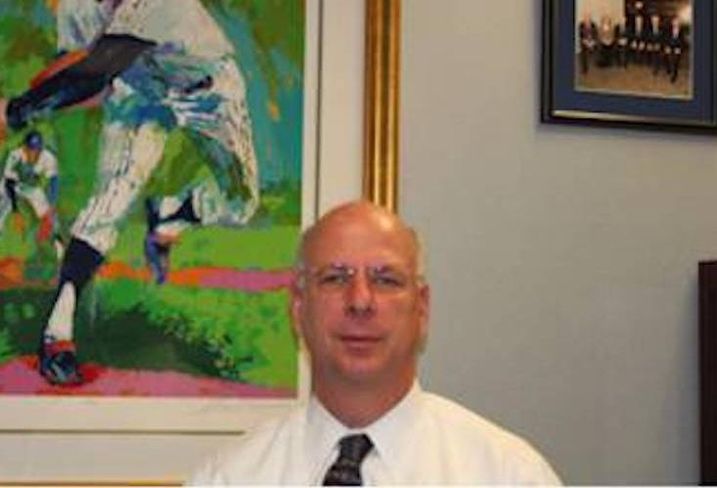 With all of this apartment and office space coming in the pipeline, developers are banking on a continued influx of residents and companies to Reston. Fairfax County Economic Development Authority CEO Jerry Gordon is confident this growth will continue.

"The important thing about Reston is, as it grows, at some point you reach a critical mass where you become a center city," Jerry says. "That attracts people to the area and growth comes around in concentric circles."

You'll be able to hear more from Pete, Greg and Jerry at Bisnow's Fairfax County State of the Market on Aug. 17 at the Falls Church Marriott Fairview Park.