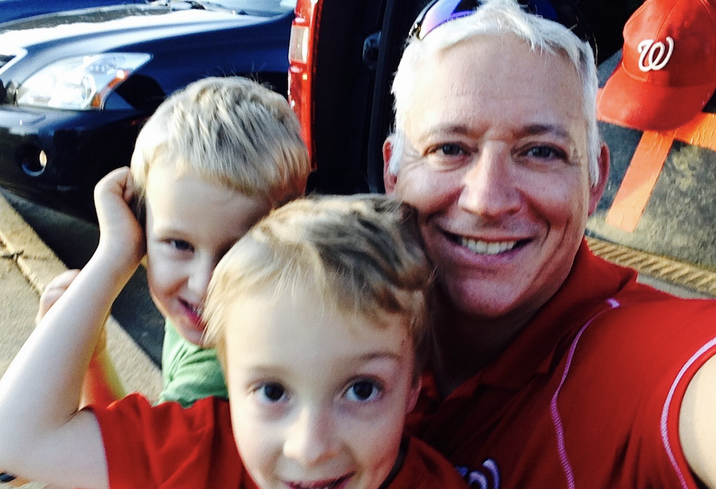 Aaron Georgelas has not only experienced the evolution of Tysons firsthand, but has also served as a key driving force behind its stunning transformation.

When he was 5 years old, he attended his first zoning meeting with his father, developer Tom Georgelas. On weekends he frequently toured construction sites, which ignited a passion for creating spaces people will enjoy. His career trajectory has maintained the fast pace set forth by his precocious, 5-year-old self, and his affinity for real estate is made manifest in many a Tysons building.

He oversees the acquisition, entitlement, financing and development for The Georgelas Group. These projects, which include the 28-acre residential, office and retail mixed-use Tysons Demonstration Project, have a combined value that exceeds $2B in development. We caught up with him to learn more about the ways Tysons is changing.

Bisnow: You’ve witnessed and contributed to Tysons Corner’s development explosion. How long do you think it will take for it to become the live/work/play environment it aspires to?

Aaron Georgelas: Right now we’re sitting in a co-working space in a LEED Platinum building. Twenty-five years ago, I remember riding my dirt bike through the vast fields this building’s now situated on.

My bike broke down and I walked a half mile back to our cars, seeing virtually nothing but scattered paths and trees. When I went to look for the broken bike, the area, which was affectionately called “the pits” 30 years ago, was so densely wooded and farm-like, that it took three hours to rediscover the spot where I’d left it. We’ve seen Tysons go from cornfield to edge city at an accelerated clip, and now we have all the elements assembled for it to grow into that mixed-use urban core.

We have the raw materials in spades. We have retail centers that command outrageously high shopper volume, 21 million visit every year, and the highest concentration of office in northern Virginia. We saw this sort of thing in Merrifield, and it will be even bigger and more natural for Tysons.

In 10 years, I think [Tysons] will be unrecognizable. Most people now think of the mall anchor stores, Nordstrom, Neiman [Marcus], etc., but in a decade they’ll be talking about the restaurant with the celebrity chef, the arts, the culture, the ice skating rinks.

Bisnow: What impact has the Silver Line expansion had? Has it alleviated congestion and brought foot traffic to Tysons?

Georgelas: When you consider the fact that this Metro area had some of the worst traffic issues in the country, it’s inarguably had a positive effect. I now see people here walking. We actually have pedestrians in Tysons, which were so rare just a few years ago.

It’s almost unbelievable how fast it’s happened. I used to drive to work and not see a single person walking, and now I see tons of people on my commute. I actually have to look for them when executing a right hand turn. It’s a solid and promising indicator of where Tysons is headed.

Bisnow: What challenges or growing pains will Tysons experience? What is it missing?

Georgelas: The biggest challenge is the politics that surround Tysons. For example, Tysons does not have a little league, competitive swimming league for teens, or softball league for adults, and it’s not going to until we get the critical mass living here, which will take a while.

All the planning is about becoming self-sufficient, so Tysons is already investing heavily in fields to get ready for the imminent recreational activity shift, but local residents will be sluggish to move because they’ve already established a familiarity and presence in Vienna or McLean.

And even though those Vienna and McLean facilities are more heavily used and need updating more than Tysons’, Fairfax County does not permit money allocated to Tysons to go to other areas. The county may be guarding Tysons' interests so closely that it’s strangling.

Bisnow: What can Tysons developers like you look forward to?

Georgelas: There’s a new 300-page Comprehensive Plan for Tysons coming out, and it’s great for developers because it tells them exactly what they need to do to get approval for their projects. It was approved in 2011 and is going through a revision right now. Most of the new developments in Tysons were approved under the 2011 plan. The upcoming revision is designed to help the plan keep pace with the market and county needs. It's exciting because the plan and revisions have and will continue to spur tremendous growth and prosperity for Tysons and the surrounding region.