Get Ready for Another NoMa Surge 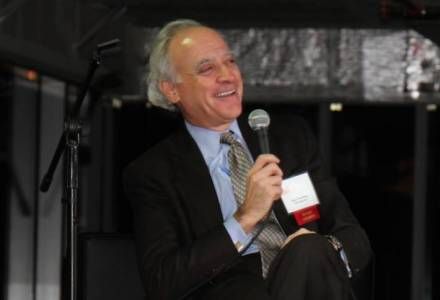 This is Act 3 of NoMa’s development, says StonebridgeCarras principal Doug Firstenberg (snapped last year). The first act, right before the recession hit, was office development anchored largely by federal government tenants like the ATF and Department of Justice and private tenants like Mathematica. The second act started a few years ago as high-rise residential from Doug, with his Harris Teeter-anchored Flats 130, WC Smith, AvalonBay and MRP Realty all opened up. The third act, Doug says, will be spurred by retail, with REI and Landmark Theater serving as anchors. “There’s going to be a real surge,” Doug told Bisnow today. “NoMa’s missing link is going to be even more retail. There will be even more people on the street, seven days a week, and that’s going to drive a lot of residential and office demand.” Office demand has been an issue in NoMa of late—just as it has been around the region—but the winds of change could blow through the neighborhood soon. 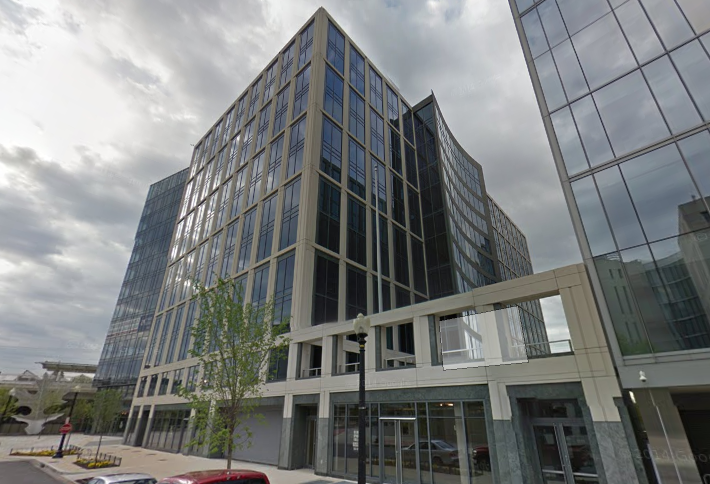 Doug, who serves as chair of the NoMa BID, expects multiple deals for office space to be signed for NoMa within the next two months. Mum’s the word on who or where the deals will happen, but there are two empty, new office buildings waiting for a tenant. Stonebridge’s Three Constitution Square (above) and Trammell Crow Co’s GSA-ready Sentinel Square. Office absorption is finally picking up in the CBD and East End, and rents are climbing. That means tenants who want new buildings for a little cheaper will soon look east for space, CBRE EVP Randy Harrell says. “When the core is healthy and robust, it’s a catalyst for expansion into NoMa.” 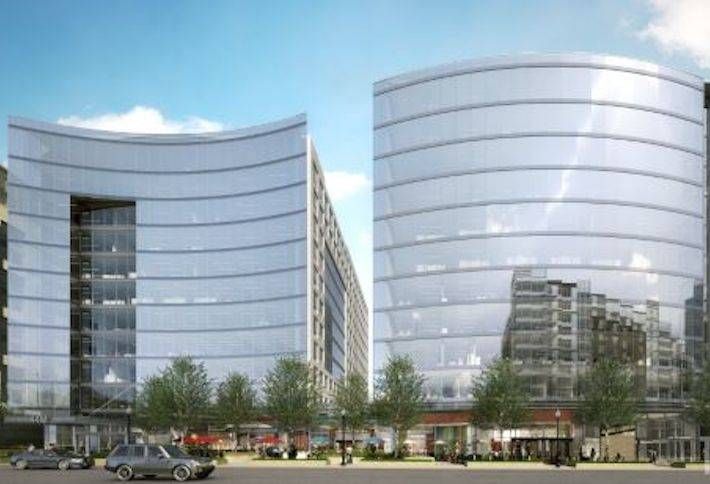 While developers with empty buildings are fighting for tenants, there are also a handful of shovel-ready developments looking for anchors. Skanska’s Tyber Place development—two offices (above) and one residential building at 88, 44 and 22 M St NE—was in the running for the new Washington Post HQ, but it’s still on hold until it gets pen to paper on a tenant, we’re told. First Potomac and Perseus have a JV for an office building where Storey Park is now, so the NoMa BID's outdoor summer movie scene will move when they can catch a whale (or a tuna or salmon). 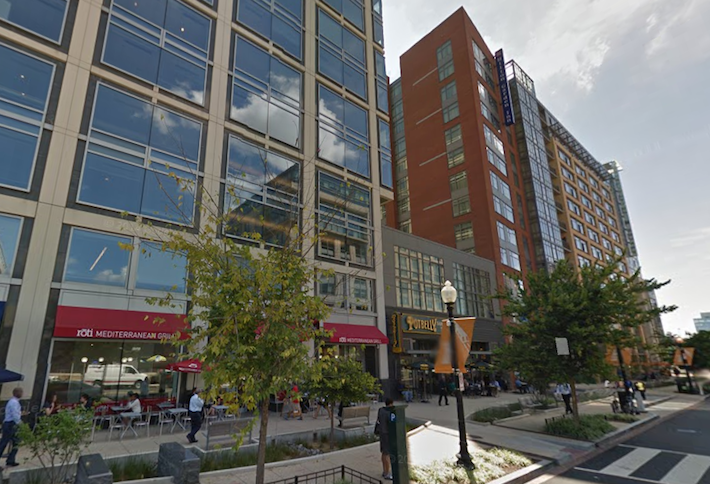 Speaking of seafood, a persistent critique of present-day NoMa is a lack of sit-down restaurants. Potbelly, Roti, Harris Teeter and Starbucks, plus a bevy of food trucks, make First and M streets NE the hub of lunchtime foot traffic, Randy says. But outside of the restaurant on the second floor of the Hilton Garden Inn, the area is bereft of dinner fare. But that’s not because chefs don’t like NoMa. “The challenge in NoMa has been not having the kind of space restaurants want,” Doug says. “If I could lease Constitution Square’s retail today, we would do a completely different mix of tenants. But the full-service restaurants didn’t see enough people living there in 2010.” Considering there are more than 4,000 residential units around the Metro and more under construction, restaurants are clamoring for the chance to capitalize. “We’re playing a little bit of catch-up, but with what’s on the books, the restaurants will be coming.” 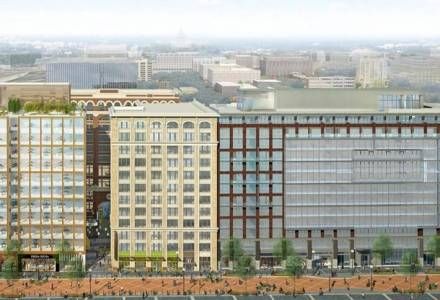 Industry watchers will be keeping their eyes open for office deals now that summer is over, but in August, development activity has picked up. JBG applied for a rezoning for its massive, theater-anchored project: three towers, two with office and one with residential, and tens of thousands of square feet of street retail. Across North Capitol Street from the neighborhood, Winn Development has partnered with the residents of the low-income Sursum Corda co-op to propose a five-building, 1,100-unit project with 43k SF of retail. And just this week, a seven-story apartment building with almost 5k SF of ground-floor retail was proposed for 301 Florida Ave NE by a trio of Ditto Residential, Zusin Development and Sivan Properties. All that isn’t even mentioning what Edens is doing at Union Market on the other side of the train tracks. Act 3 is just beginning, but it’s looking like quite the big finish.