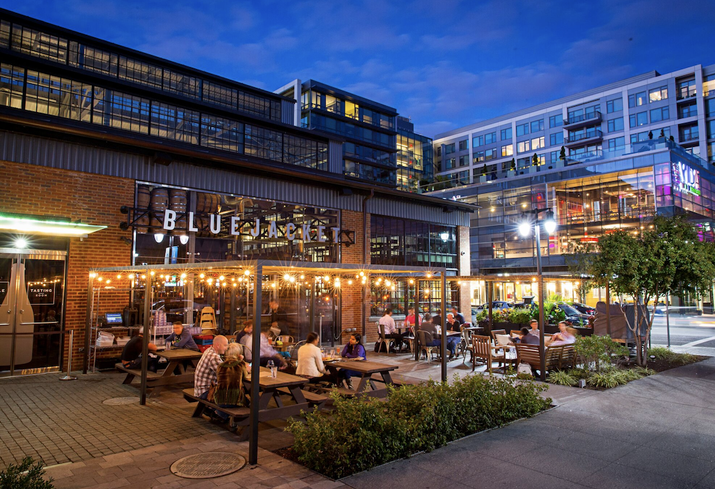 With 12,600 residents projected to call the Capitol Riverfront home by 2019, the area that is still trying to get the wider population to stop calling it "the Navy Yard" is DC’s fastest-growing neighborhood. Located between Capitol Hill and the Anacostia River, a slew of construction projects underway will double the formerly industrial neighborhood’s housing stock to accommodate the imminent influx of residents.

Ambitious redevelopment and placemaking efforts have already radically transformed the landscape into a live/work/play environment. The neighborhood is expected to contain a total of 37M SF of office, housing and retail at build-out and will include four parks.

At present, it boasts 3.6M SF of private offices, attractive to tenants at prices per SF approximately $10 to $15 less than downtown.

Big names in media and nonprofits — including CBS Radio, the National Association of Broadcasters, The Trust for Public Land and AARP, which recently signed for 5k SF at 100 M — have taken notice and relocated.

Its dining scene has become as vibrant and eclectic as its inhabitants, with ethnic fare reflective of DC’s diversity. Visitors can sample Bonchon Chicken, wings fried South Korean style, or find fine Italian at Osteria Morini. They can opt for light and healthy salads at Sweetgreen and sip craft beer at Bluejacket, which received the Men’s Journal 100 Best Beers in America accolade. There are also a sustainable raw bar, classic seafood dishes and cocktails served in a new lofty space at Whaley's. 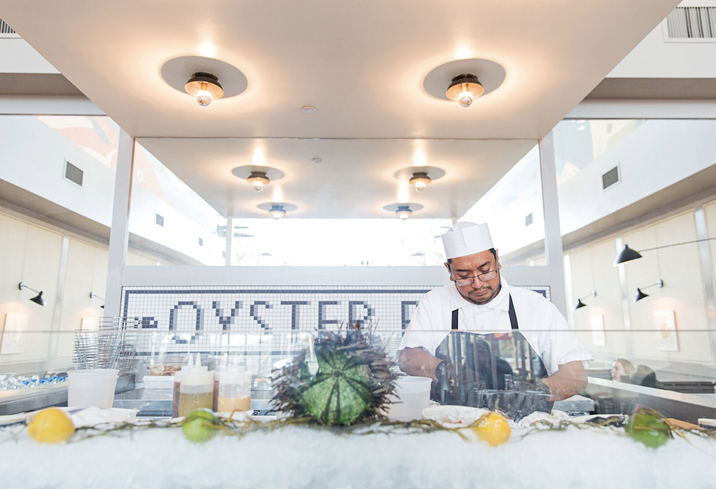 Sports fans know the Capitol Riverfront as the seat of Nationals Park and the future DC United Stadium, and know getting there is easy. Five blocks south of the Capitol, it is well connected, with direct access to I-295 and I-395 and proximity to the Green Line’s Navy Yard/Ballpark station.

An RCLCO-prepared report, recently commissioned by the Capitol Riverfront Business Improvement District, found that of households of people younger than 35 years old, residences along the Green Line corridor make up 48% of DC's new arrivals since 2010. Around the Navy Yard-Ballpark station, these new households’ median incomes have increased over 80% in four years to $109k.

Metrics like these give credence to the report’s claim that the Capitol Riverfront, “still seen five years ago as an emerging corridor, is quickly solidifying its position as a top-tier destination for young and high-earning professionals, new residential development, shopping, dining … and jobs.”