In The Works: Top 3 Developments Coming To Crystal City/Pentagon City 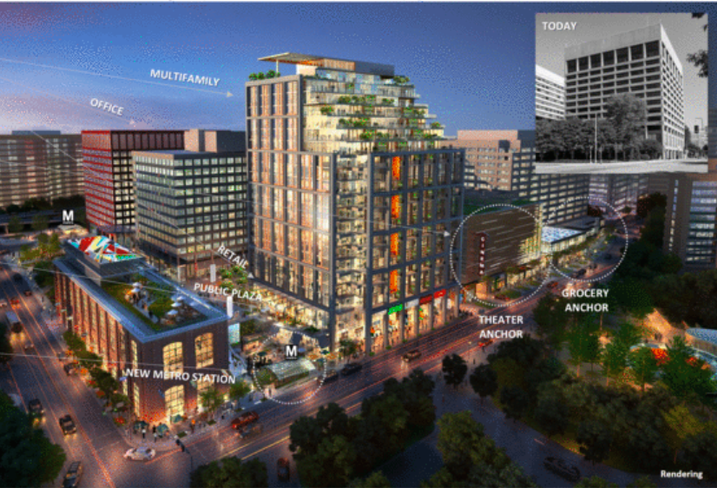 In July, local developer The JBG Cos. merged with Vornado/Charles E. Smith, the D.C. division of Vornado, to create JBG Smith, bringing around 24 of Vornado’s Crystal City properties representing 7M SF of mixed-use into its portfolio. Some of the buildings are underutilized, but JBG Smith hopes its plans for a walkable, retail-centric Central District can rejuvenate them.

The developer is revamping 1750 Crystal Drive, among other properties from 15th to 18th streets. It will introduce 120K SF of retail, an 18K SF grocery store and a 50K SF Alamo Drafthouse, Crystal City’s first movie theater. According to JBG Smith co-Chief Development Officer Brian Coulter, many of the defunct office buildings will be converted to multifamily. The resident base will be leveraged to activate the retail landscape. JBG Smith plans to create a new metro entrance at 18th Street and Crystal Drive. The developer is aiming for county approval by spring 2018 to bring the retail online by mid-2020. 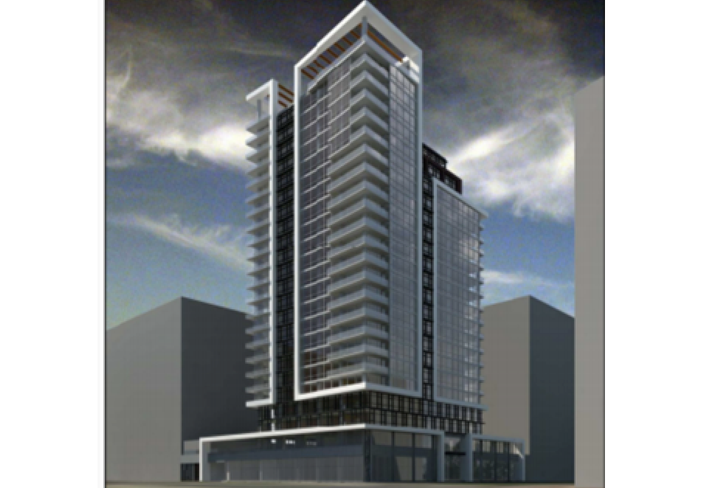 In July, the Arlington County Board unanimously approved Lowe Enterprises’ plans to bring a 334K SF, 302-unit residential building to 2351 Jefferson Davis Highway. It will sit atop two floors of existing retail currently occupied by California Tortilla, Buffalo Wild Wings and Mezeh Mediterranean Grill, all of which are expected to remain.

The Cooper Carry-designed, 24-story, 270-foot-tall building will contain 47 studios, 126 one-bedroom apartments, 129 two-bedroom apartments and 22K SF of retail. It will feature extensive rooftop amenities and 242 parking spaces, augmenting the 100 existing spaces available to residents in an adjacent building. Construction is expected to begin late next year. 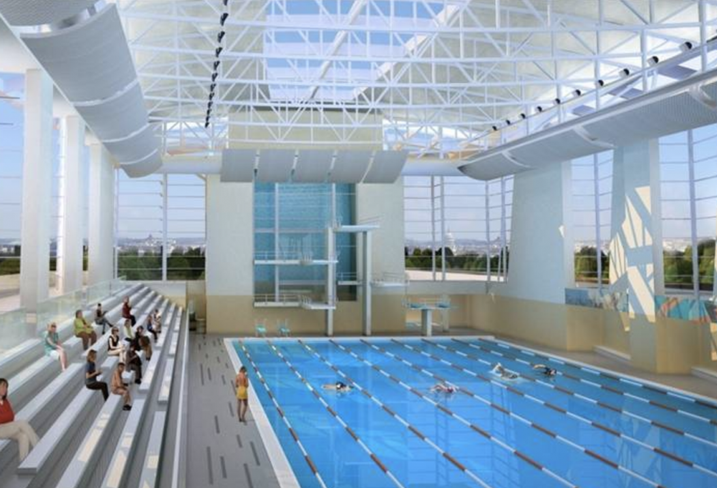 Arlington County is in the procurement process for a design-build firm to create a $63M to $67M community aquatic center surrounded by trails, public art installations and 10 acres of park space, according to ARLnow.com. The newest iteration of the center arriving at Crystal City’s Long Bridge Park north is $15M less than the 100K SF first version pitched in 2012.

This new plan for a 73K SF facility eliminates one of the three proposed pools, dive towers and some lobby space. It will still feature a 50-meter competition pool for laps, classes and meets plus a 10K SF, 25-yard leisure pool for therapy, exercise and instruction.

The aquatic center will have a 10K SF fitness center with ample space for group training classes. It will house staff offices and meeting, party and locker rooms. The county will seek community input on designs in November. The first phase of Long Bridge Park was completed in 2011. The county is planning to break ground on the aquatic center in 2018, with completion slated for 2021.