In The Works: Top 3 Tenley and Friendship Developments 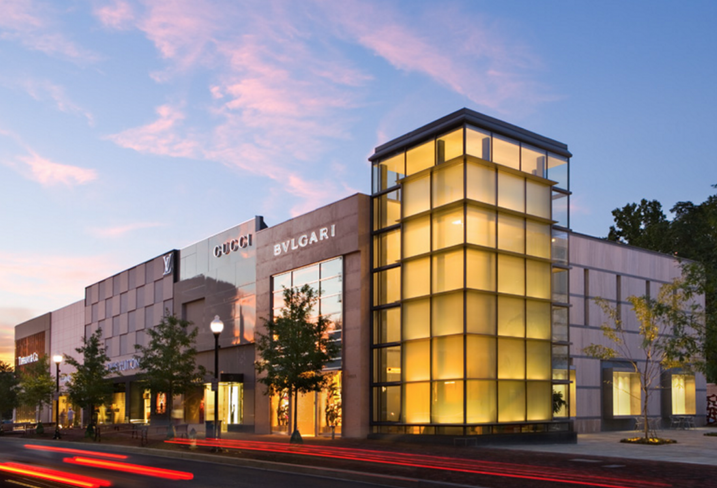 
Rendering of The Collection in Chevy Chase, Md.

In April, The Chevy Chase Land Co submitted an application for a site plan amendment to the Montgomery County Planning Board with its proposal to reposition and rebrand Chevy Chase Center and The Collection at Chevy Chase, just across the Maryland-DC border, combining the two under the umbrella The Collection.

CCLC hopes to revitalize the stagnating retail corridor and make it a lively experiential retail destination. Some of the larger parcels will be sliced up to accommodate smaller boutique restaurants and shops.

“We’re really going to make a place that the people of Bethesda and Chevy Chase are going to want to come to weekly, if not daily,” CCLC president and CEO Tom Regnell told Bethesda Magazine. “If you look at Chevy Chase, there’s no place to have breakfast. There’s barely a place to get a cup of coffee.”

CCLC plans to cater to the immediate community by engaging in placemaking with the reconfiguration. It’s reportedly conducting a nationwide search for synergistic tenants that appeal to nearby residents, rather than ones intended to attract people from miles out, which has proven unsuccessful recently.

Changes will not alter building height or density. The proposal claims the effort to re-energize the area will “strengthen the pedestrian environment, improve vehicular circulation, create more inviting public spaces, improve the buildings’ presence on the street, and introduce more uses and programmed activities,” according to the magazine. 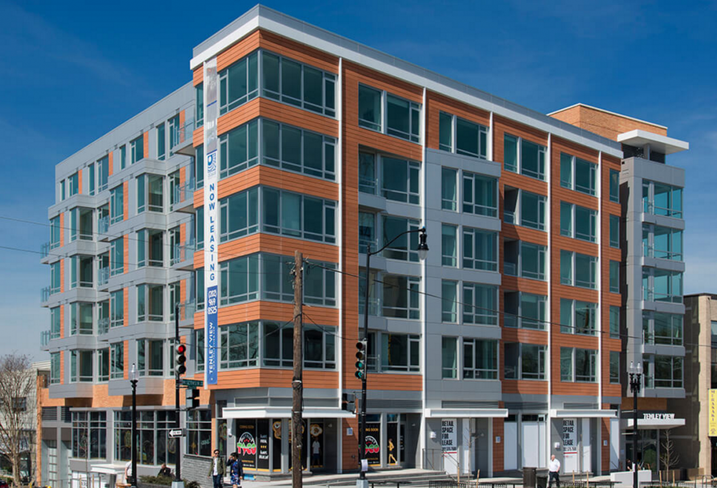 Tenley View will introduce 60 residential units housed on the top five floors of the seven-story building, atop 19k SF of retail on the two bottom floors, including the property’s first commercial tenant, District Taco. Oculus Realty will manage the apartments, which offer views of the National Cathedral, Tysons and Bethesda.

Sources at Douglas Development anticipate the first residents will be able to move in by December. Tenants will not be eligible for parking permits, and since the building doesn’t feature on-site parking, Douglas Development is installing a Capital Bikeshare station at the intersection of Wisconsin Ave and Brandywine. The LEED-certified building is also only a block from the Metro, making a car unnecessary. 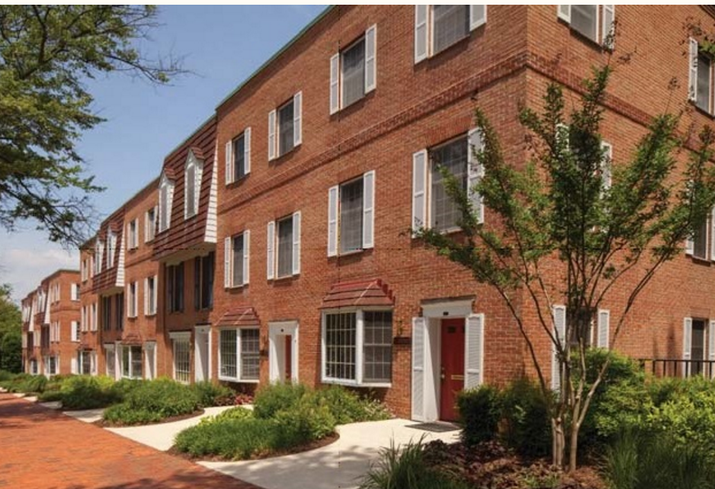 Urban Investment Partners bought the three buildings from American University for $45M, and plans to redevelop the first two into 225 residential units with 10k SF of ground-floor retail on Wisconsin Avenue, starting late 2016.

UIP has enlisted DBMC Design for the Brandywine building and Hickok Cole to revamp the Wisconsin property. Its in-house contractor, UIP General Contracting, will lead the construction effort. The project represents a major overhaul, rather than just cosmetic updates, which will take the buildings from “Class-C to Class-A” space, according to UIP VP Brook Katzen.