In The Works: The Top Three Developments Coming To Downtown DC 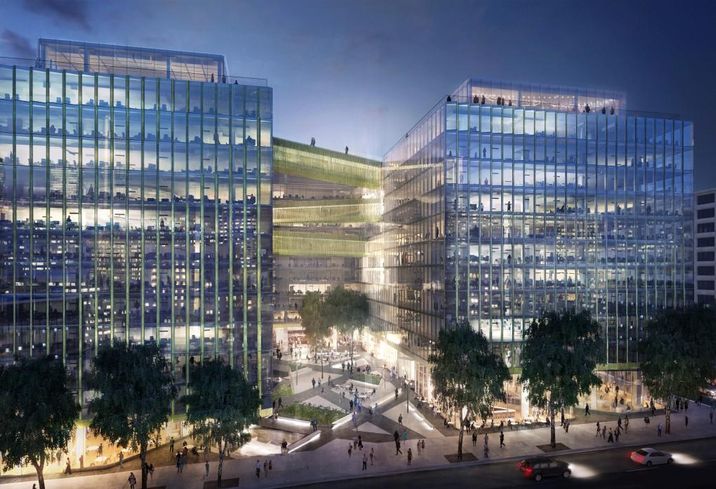 Earlier this month, Midtown Center broke ground. It's Carr Properties' newest development that, when finished, will have 50k SF of retail and 812k SF of office space, 752k SF of which will be occupied by Fannie Mae's new national HQ.

The lease is possibly the biggest in the history of DC's private sector. Carr Properties is partnering with SHoP Architects and WDGArchitecture to deliver the new home of the mortgage giant in late 2017. When the building opens, it will have a retail strip in an alley running between it and Carr's Columbia Center next door.

The deal materialized in about a week, Oliver Carr III told Bisnow, as expediting the construction meant paying to help the Washington Post move out to One Franklin Square as quickly as possible. 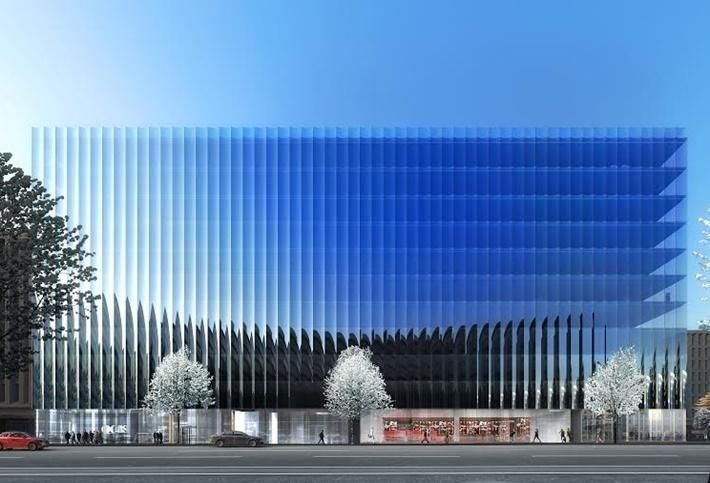 Tishman Speyer is redeveloping the current DC bureau of CBS News at 2020 M St into a striking, glass façade trophy office building, designed by New York-based REX Architecture. The developer followed its $30.5M acquisition of the CBS building with a $49M acquisition of neighboring 2030 M, and both structures will be razed to pave the way for the new 2050 M St. CBS's new digs are projected be finished by February 2018, and the expected delivery date for the entire building is the end of 2019.

This is the first project in the District for REX, whose portfolio includes Five Manhattan West in New York City and the Equator Tower in Kuala Lumpur.

A series of curved glass panels creates a kaleidoscope effect to impress onlookers from the outside, and the floor-to-ceiling glass interior design, without any sight line restrictions, promises to do the same for viewers on the inside. So while CBS will soon be living in a literal glass house, its reporters' willingness to throw stones of institutional accountability should remain unaffected. 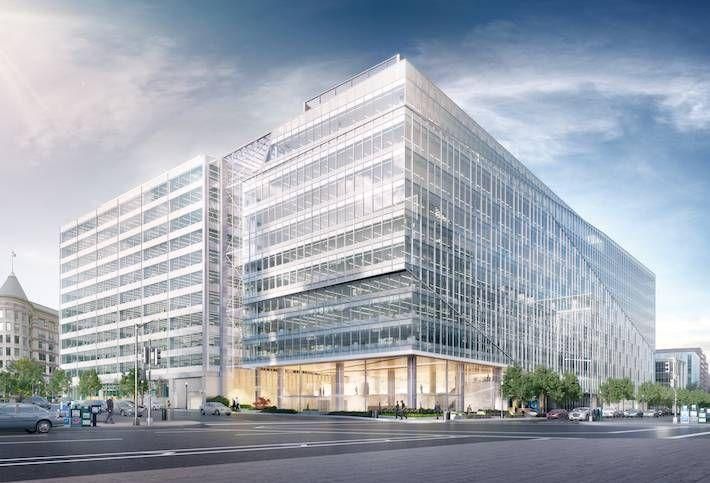 Spitzer’s building is 95% occupied; Rockrose’s, 75%. Some of those leases will expire soon, however, at which time Avison Young will market those offices at trophy-level prices.