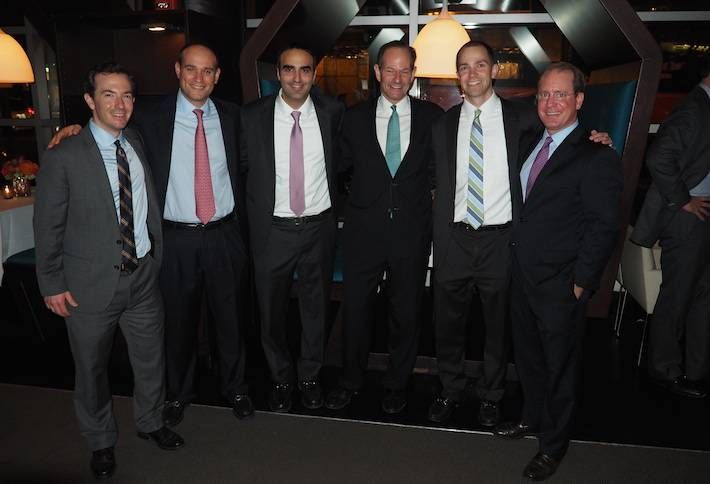 The former New York governor is part of a team developing the second-biggest, privately owned office building in DC in years.

Last night at Rasika West End, steps from where the development is taking place, the teams and brokerage firm Avison Young held a launch party for the building. We snapped Avison Young principal Will Stern, Rockrose director Ted Traum, Justin, Eliot, and Eli Barnes and Greg Tomasso, also principals at Avison Young who'll team with Will in leasing the building. 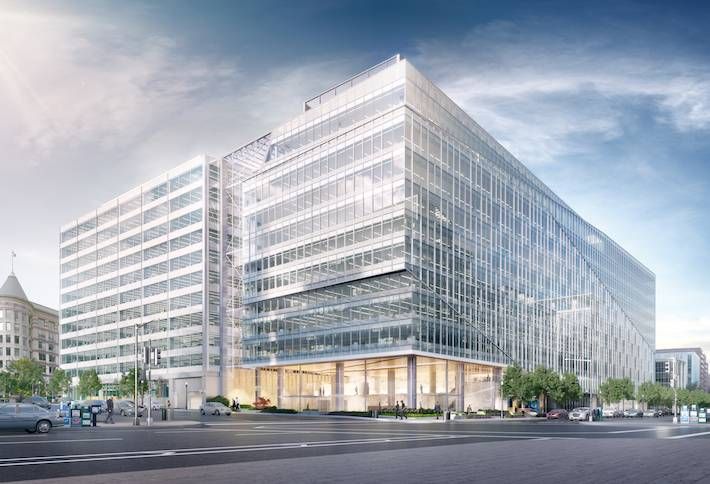 The plan: build four stories on top of the L street section, with 225k SF of vacancy they can price at trophy rates (at our State of Office event in September, JBG principal Paul Adkins said new, downtown space can go for $80/SF or more).

And although the skin of 2001 K St won't change, the interior will be combined seamlessly with 2000 L by Pelli Clark Pelli Architects thanks to a 12-story atrium where an alley now sits and a connected lobby. "It will really be one building," Will says. 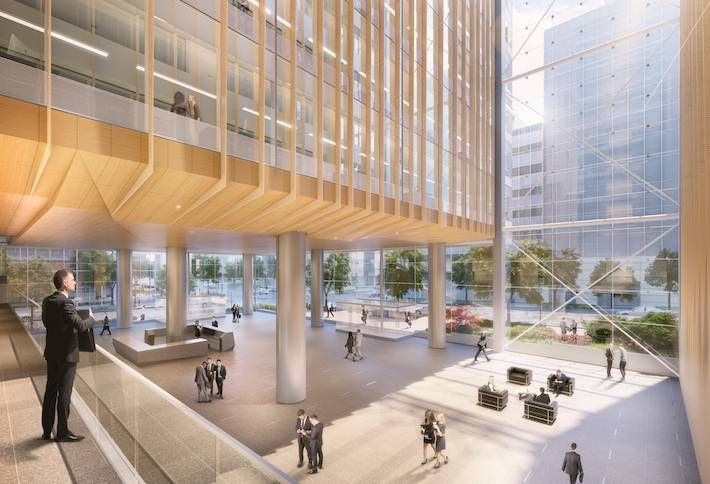 The huge footprint means more space for a top-floor conference center, rooftop deck, expansive lobby (rendered above) with entrances on three sides, and a 7k SF fitness center. The existing eight floors will be re-skinned with a glass curtain and the renovations, already underway, will be complete in 2017.

The L Street building was designed “by a parking guy,” Justin says, which means the column spacing, 41-by-41 is trophy class despite the original building being a little older. At the launch party last night, the former governor joked, “I thought there weren’t any columns!” His point was clear: the building is fully tricked out.

Spitzer’s building is 95% occupied, Rockrose’s is 75% occupied, but soon after the renovation is complete, some existing leases will expire, and Avison Young’s team will be able to market those offices at trophy-level prices.