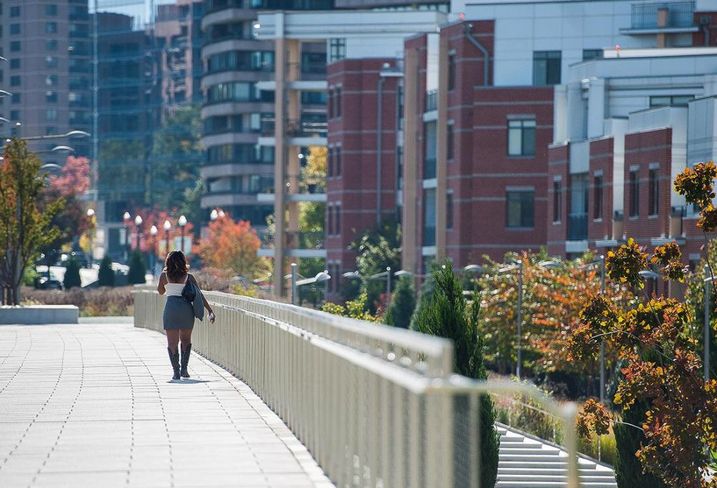 In the 1960s, when developer Robert Smith planned and built the first apartment building in a former industrial area in southeast Arlington County, he named the project Crystal House. Little did he know the moniker would catch on with other developers, inspiring the name of what would become one of the Greater Washington D.C. area’s rapidly growing commercial districts.

Today, the greater Crystal City submarket, which includes Crystal City, Pentagon City and Potomac Yard, is Arlington’s largest downtown, a hub of office, residential and retail space. The area also represents the largest walkable downtown in Virginia, rivaling the scale of other major U.S. downtowns like Indianapolis and Austin, Texas.

The Crystal City Business Improvement District is exploring the area's continued economic growth as a downtown hub in its strategic planning process called the Future Cities Project. Launched in April, the effort recognizes the relationship between Crystal City, Pentagon City and Potomac Yard, and will act as a blueprint for strengthening economic development and planning initiatives.

“The area is seeing a tremendous amount of development investment, representing a value increase of 20% over the existing asset base,” interim Executive Director of the Crystal City BID Rich Bradley said.

The Crystal City, Pentagon City and Potomac Yard area is an economic powerhouse, with more than 19M SF of office, nearly 15,000 residential units, 5,900 hotel rooms and close to 3M SF of retail. The submarket has a total asset base of more than $11B, with another $2B worth of private projects in the development pipeline planned for the next five years.

New development includes the addition of more than 3,700 residential units, 250K SF of retail and 1M SF of office space. There is also $1.5B in public infrastructure projects slated for the area over the next decade, including the Interstate 395 express lane extension, a second entrance to the Crystal City Metrorail station and major passenger experience upgrades at Ronald Reagan Washington National Airport via Project Journey. 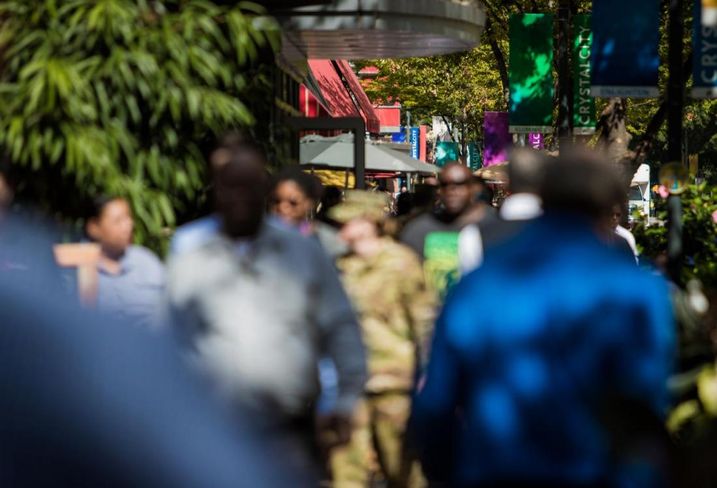 The Future Cities Project is guided by a Steering Committee comprising the Crystal City BID’s board of directors and local civic associations, businesses, arts groups and major property owners in the Pentagon City and Potomac Yard areas, in addition to other public and civic leaders.

Residential and business community members can voice their feedback and engage with the project via Neighborland, an online platform that gives constituents an equitable voice in the development process.

“Given the momentum and energy in this area today, the time is right to be rethinking our strategic priorities and how all the neighborhoods work together as a cohesive urban center,” Crystal City BID Chief Operating Officer Robert H. Mandle said. “Getting real-time feedback from the area’s 32,000 residents and 75,000 employees will be absolutely critical to our success.”

Throughout the summer, the Crystal City BID will stage on-site engagement efforts at strategic locations throughout the area, including at the Pentagon City and Crystal City Metrorail stations, residential and office lobbies, shopping areas, local events and more. A complete schedule of locations will be available online in the coming weeks.

The Future Cities Project’s Action Agenda, expected in November, will focus on catalyzing transformation through both private development and public infrastructure investment. Implementation of the agenda in the coming years will drive the area toward becoming a dynamic, urban and walkable destination.