The History Of Crystal City

This is the 11th edition of Bisnow's Neighborhood Guide series, in partnership with United Bank. To see a map and a list of the neighborhoods in the DC region we've previously covered, click here. 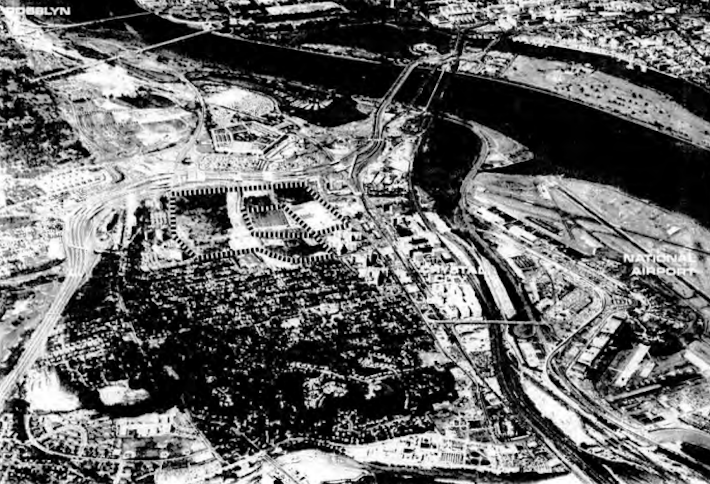 In the early 1900s, Crystal City was industrial, a place known for brickmaking and railyards that helped supply the raw materials for the Federal City's construction. Sixty years later, developer Robert Smith planned and built the first apartment building in the area directly west of National Airport between Route 1 and I-395. He called it Crystal House for the elaborate crystal chandelier he installed in the lobby.

The identifier “crystal” was adopted by other developers, like Robert Kogod who built most of the neighborhood alongside Bob Smith, because it was thought to evoke shininess, value and rarity. It became synonymous with the district, and was eventually formally bestowed on the area.

Many viewed the Base Realignment and Closure Act of 2005 as a devastating blow to Crystal City, precipitating the flight of defense tenants that leased 3M SF and provided 13,000 defense and military jobs locally, which represented around 30% of the neighborhood's labor force.

But what threatened to turn the area into a ghost town may have done the opposite in the long term. Vornado/Charles E. Smith, which owns a vast majority of the neighborhood's real estate, is transforming Crystal City into an innovation hub, an ecosystem of tech-oriented startups and incubators that is luring Millennials with new jobs and amenities.

They join a diverse array of companies already there, from Fortune 500 aerospace firms like Boeing and Lockheed Martin; to media organizations like PBS and Bloomberg; and over 40 associations, including The Consumer Technology Association and Conservation International.