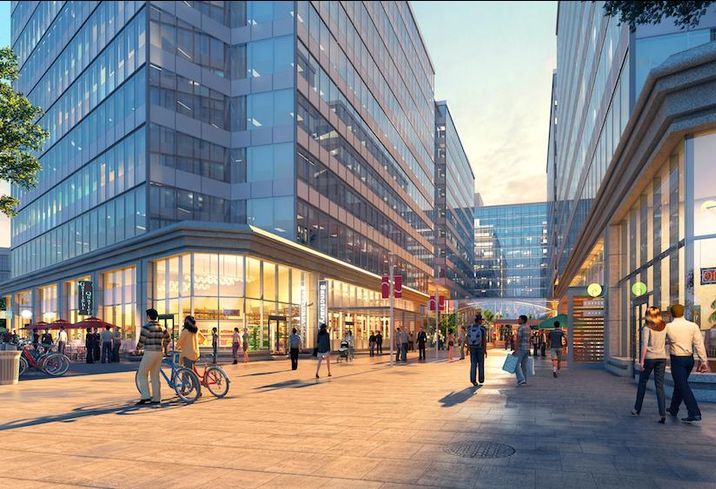 Courtesy: Property Group Partners
A rendering of the ground-floor plaza at the Capitol Crossing development

The 12-story, 414K SF office tower will be the first of five planned buildings to deliver at the $1.3B megaproject being constructed above a deck PGP is building over Interstate 395. PGP has already signed a retail anchor for the building, Danny Meyer's Union Square Cafe.

The developer has also broken ground on 250 Massachusetts Ave. NW, a 559K SF speculative office building with ground-floor retail. After that, it plans to build a third office tower at 201 F St. NW, a residential building at 600 Second St. NW and a final office building at 200 F St. NW, each with ground-floor retail. PGP aims to complete the final phase in 2022.

"API will become part of a transformative and vibrant new destination in the District that is taking an innovative and sustainable approach to urban development,” API President and CEO Jack Gerard said in a release. “The eco-focused buildings, retail/restaurant locations, green space and real neighborhood feel will serve our members, business partners and employees well.”