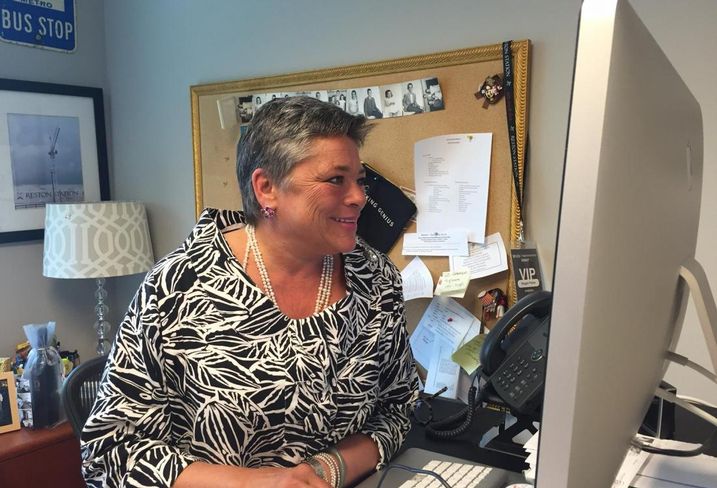 Bisnow: What local features of Loudoun County are you leveraging to attract interest in your developments?

Maggie: We feel we are really well-positioned to take advantage of the well-educated workforce here, the dense and incredible utilities network—including fiber networks—and we are fortunate to be at the side door of Dulles International Airport and everything that brings to the region. At the same time, in the far western section of the county, we have beautiful farms, wineries, breweries, horse country, spectacular vistas—it’s the gateway to the Blue Ridge Mountains. So with our project, Loudoun Station sitting at the terminus of the Silver Line, we kind of close out the relatively intense development in the far eastern side of Loudoun and lead right into the beautiful rural parts in the west.

Bisnow: We know Millennials are flocking to cities for dense, walkable, transit-oriented development. What are you doing to try to capture some of that demographic? Is there any overlap with what families or retirees are looking for?

Maggie: Absolutely. In July 2012, we opened BLVD at Loudoun Station, which is very much an urban design—five stories of 350 luxury apartments over ground-floor retail, great amenities, and it’s right at the future terminus of the Silver Line. It was very early in the housing recovery, so we were a little bit daring to be heading into multifamily housing, but we did it, and we stabilized within a year and have been at 97% to 100% leased since then. It told us that with this type of urban living, which was brand-new to Loudoun at the time, we could cater to a real mix of folks, including Millennials, as well as empty nesters who wanted to test out downsizing. They know the Metro’s coming, and we also delivered a transit bus park and ride, which has been a draw for commuters because they can take it right to a Metro station to get to the downtown. Urban living is still nascent in Loudoun, but the whole concept since we were rezoned in the early 2000s has been to achieve true transit-oriented, mixed-use development.

Bisnow: Are there any emerging technologies or national economic trends you see as especially consequential for development in Loudoun?

Maggie: Well, technology companies are booming in Loudoun. We’re sitting right there five minutes from the airport, and with the data centers right around the corner and all of the tech infrastructure right at their front door, it’s a very attractive location for small businesses who know they’re going to be very well-connected if they come to Loudoun.