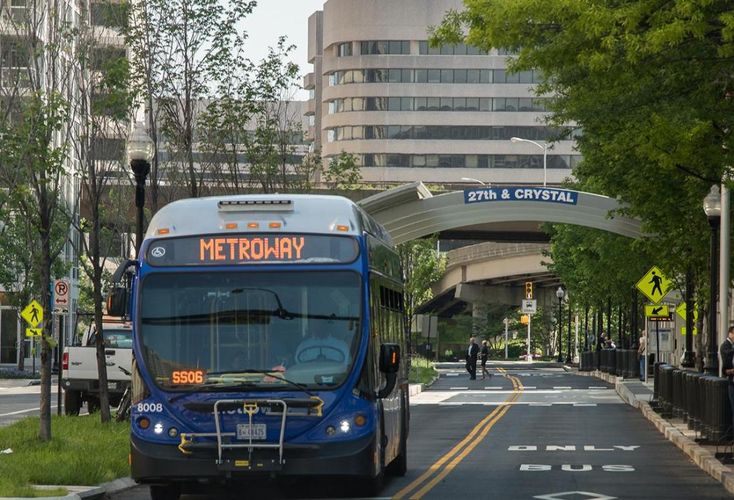 Just outside of Washington, D.C., Crystal City is already well-known for its Class-A mixed-use spaces, reliable transit and accessibility. But the area will soon benefit from additional transportation infrastructure investment, totaling more than $1.5B over the next decade. These investments and plans include road, rail, air and other transit that will redraw the entire region’s accessibility map.

Here are six major transportation projects that will play a significant role in transforming the Crystal City area in the coming years. 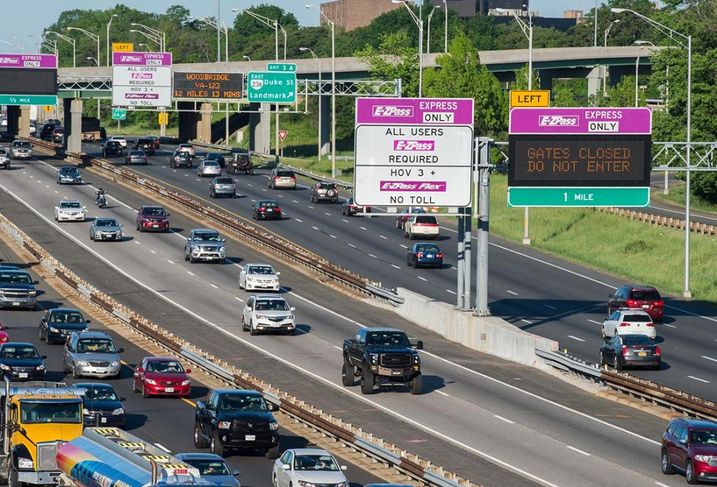 Courtesy of Transurban
Interstate 395 in the Greater Washington, D.C., area

When the Interstate 395 Express Lanes Project broke ground last spring, Greater D.C.’s vision for an 81-mile, interconnected regional network of express lanes took another step toward reality. The project adds new road capacity for both personal and transit vehicles and provides an additional toll route to individual drivers. Car pools with three or more people will continue to have access to the lanes at no cost with an E-ZPass Flex set to high occupancy vehicle mode.

Additional improvements will be made to the South Eads Street interchange, providing enhanced mobility for area residents and employees with direct access to Crystal City, Pentagon City and the Pentagon. Construction activities are underway, and drivers can look forward to new I-395 express lanes opening in fall 2019. 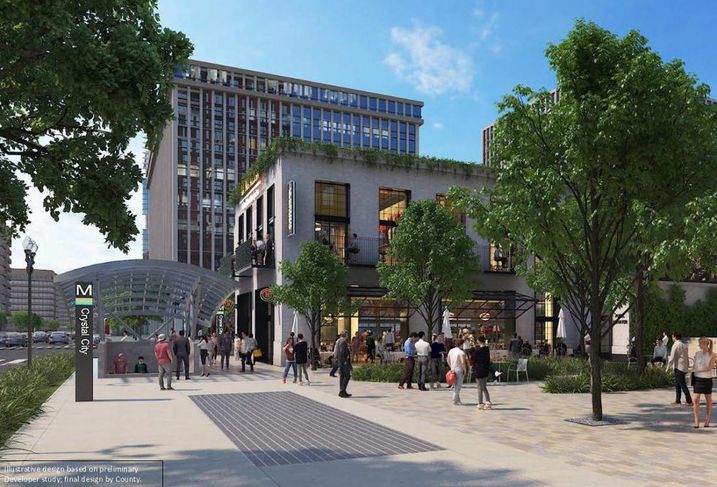 As one of the most trafficked stations in Northern Virginia, the sole existing entrance to the Crystal City Metrorail stop often experiences congestion during peak periods. The second entrance at Crystal Drive and 18th Street South would spread the volume of passengers more efficiently along the platform while providing more convenient transfers to the Metrorail from the Virginia Railway Express and the Metroway enhanced, high-frequency bus service.

The new entrance along Crystal Drive would also integrate transit accessibility with Crystal City’s vibrant main street, where much of the current and planned retail activity is concentrated. The new entrance is a key feature of JBG Smith’s proposed Central District Project that includes new retail concepts, an Alamo Drafthouse Cinema and a space for a new public plaza to be designed and built by Arlington County. 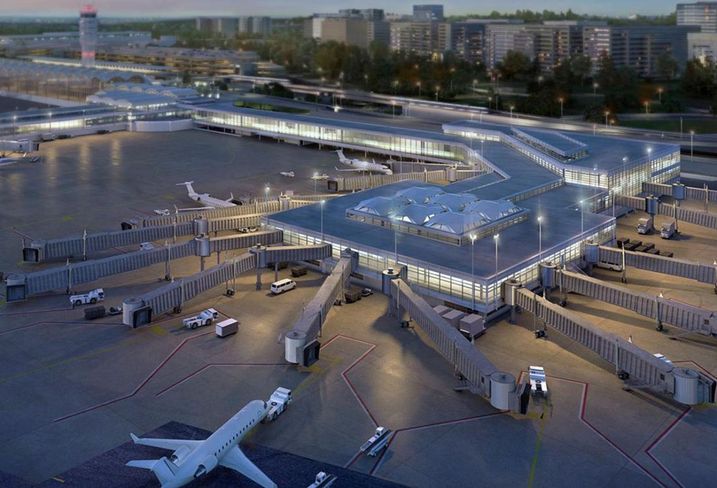 With Ronald Reagan Washington National Airport located less than 1,000 feet from Crystal City, the business district has access to convenient air travel for visitors, workers and residents. DCA welcomed more than 23 million passengers in 2016, but it was only designed to serve upward of 15 million passengers per year.

To improve the passenger experience, the Metropolitan Washington Airports Authority launched Project Journey. This $1B investment will add a new concourse and transform the post-security environment with relocated security checkpoints. The project is expected to be completed by 2021. 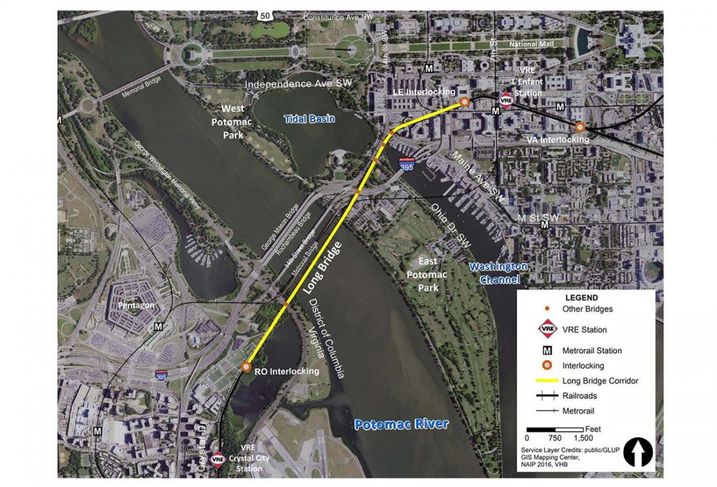 The replacement and expansion of the Long Bridge railroad crossing of the Potomac River is one of the most important rail projects in the region. The century-old facility serves freight, intercity passenger and VRE trains — and it is close to exceeding capacity. Anticipated increases in freight and passenger traffic along the corridor, including possible Maryland Area Regional Commuter train service and VRE interoperability, require a significant expansion of the bridge’s capacity.

The Long Bridge Project represents a key first step toward replacement. Concepts being evaluated include a new four-track bridge that would double capacity, as well as pedestrian and bicycle connection across the Potomac River. The connection would play a role in linking a growing Crystal City with the revitalized D.C. waterfront. 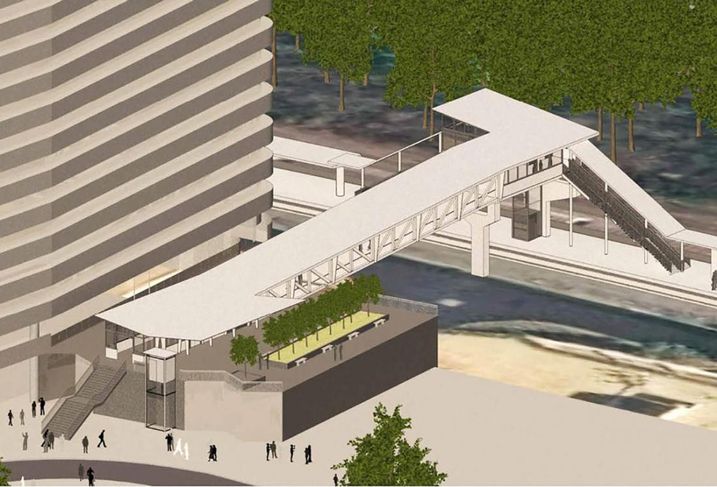 VRE is currently in the design phase for a reconfigured connection with the Crystal City Metro station that will expand train capacity in one of the busiest stations in the system. While the existing platform is only 400 feet long, VRE trains currently have up to eight cars, which require a 700-foot platform.

The new station, with a longer island platform and access to two tracks, makes future enhancements to regional travel more feasible, like all-day VRE service and connections between MARC and VRE. The project will also enhance local and regional connectivity by better connecting the VRE station to other transit modes, complementing the second Crystal City Metro entrance on Crystal Drive and a future pedestrian connection to the airport. 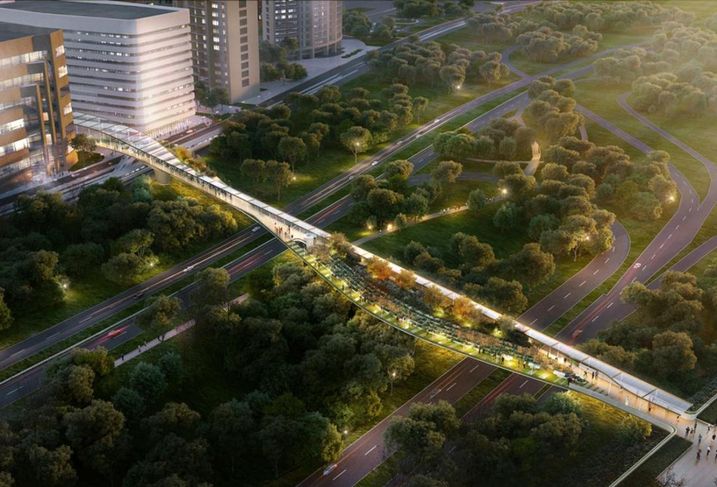 The connection would leverage the investments of other transportation infrastructure projects in the area and present a strong case to attract other services, including an interregional commuter rail, Amtrak regional service and high-speed rail. It would also become a major economic development catalyst for Crystal City, Arlington County and the rest of Virginia.

Arlington's county manager recently included funds in the proposed Capital Improvement Plan, and the Crystal City BID kicked off a follow-up study focused on short-term improvements, both key recommendations of the CC2DCA study. 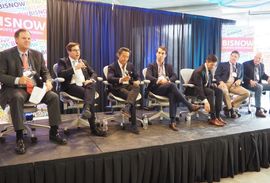