Thousands of independent investors own small apartment properties in Washington, D.C., and these landlords say they have been disproportionately impacted by the coronavirus crisis but haven't had a seat at the table to advocate for relief. A new group in D.C. is trying to change that. 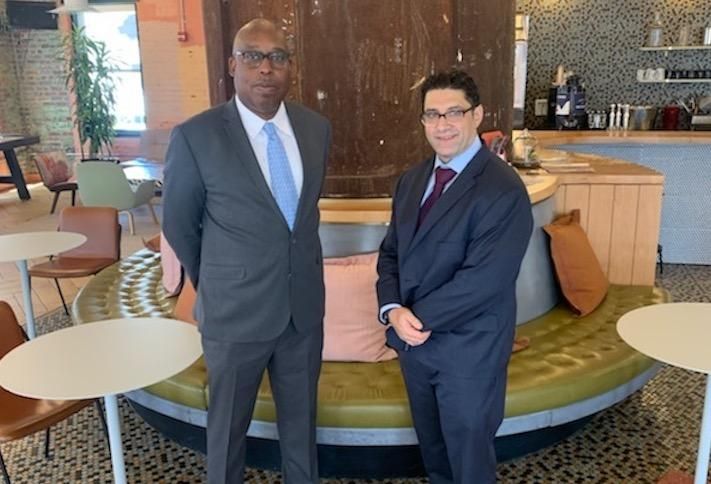 The Small Multifamily Owners Association launched last week, aiming to present a unified voice to fight back against D.C. policies that they say harm small landlords much more than the larger, well-capitalized real estate firms.

Beyond coronavirus relief for small landlords, the group plans to advocate on issues including rent control, D.C.'s Tenant Opportunity to Purchase Act and the tax increases on property sales.

Hunter, a broker with Urban Commercial Group who represents small landlords, is leading the group along with General Counsel Richard Bianco, an attorney with RJB Law whose clients also include small owners. Hunter and Bianco also personally own small apartment properties.

"There has not been somebody in the room advocating for small landlords," Bianco said. "That's a very big and obvious issue right now ... The problems that have been underscored during the public health emergency have been problems for the last 20 years, probably even longer."

The group launched Friday with an online webinar that Hunter said was attended by 50 multifamily owners. The general membership fee for landlords to join the group is $250/year, and it has three other membership levels, reaching up to $5K/year.

Hunter declined to share the current number of members, saying that it just began signing people up Friday and he is happy with the traction he has received thus far. He said the group already has members with properties in all eight wards of D.C. He said he is targeting owners of apartment buildings between four and 50 units, and his analysis shows there are least 3,000 of these landlords in the District.

Topher Swanson, who owns one 24-unit multifamily property at 821 Maryland Ave. NE on Capitol Hill, said he signed up for the general membership level as soon as he heard about it. 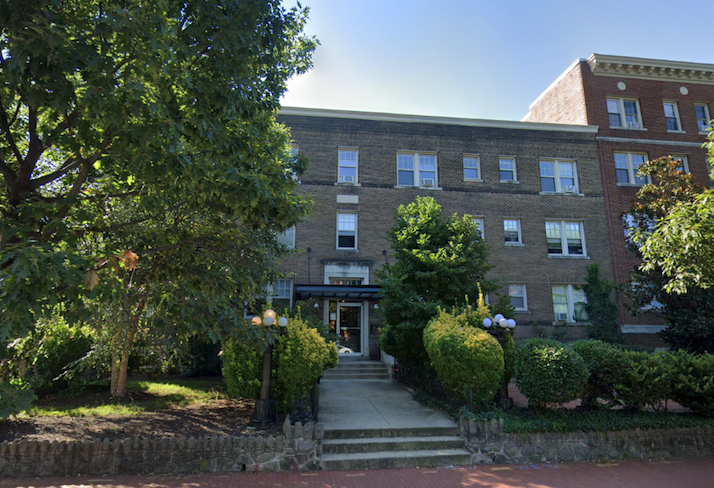 Swanson said the renter protections that D.C. has put in place in response to the coronavirus, preventing landlords from evicting tenants for not paying rent, have been harmful for small owners who have debts to pay back.

"I understand their heart is in the right place, but they need to understand the flip side is I still have a mortgage, and they're not giving me a break on my taxes," Swanson said. "They just want to put the burden on us as though we're as wealthy as the big guys. They think everybody that's a landlord has deep pockets."

This policy has prevented landlords from evicting tenants for other lease violations, such as drug use or domestic disturbances, he added.

"I have no way of enforcing anything with those tenants," Swanson said. "I have no way to protect the rest of my community from anything bad that would happen right now. If tenants want to stop paying rent, they can stop paying rent any time, and I have no recourse, but I don't get any relief. That's where having an association like this is so valuable. We can team up together and have a greater voice."

Hunter said he plans to advocate for coronavirus relief in the form of a property tax break for small landlords. He said his research shows about 20% of tenants have not paid rent during the pandemic.

"This has an adverse, disproportionate impact on small multifamily owners because they're less capitalized," he said. "Yes, they're giving relief to tenants and we appreciate that, but small landlords need relief. One way to do it would be a temporary reduction in the commercial property tax rate to allow them to recover somewhat from the adverse impact of COVID." 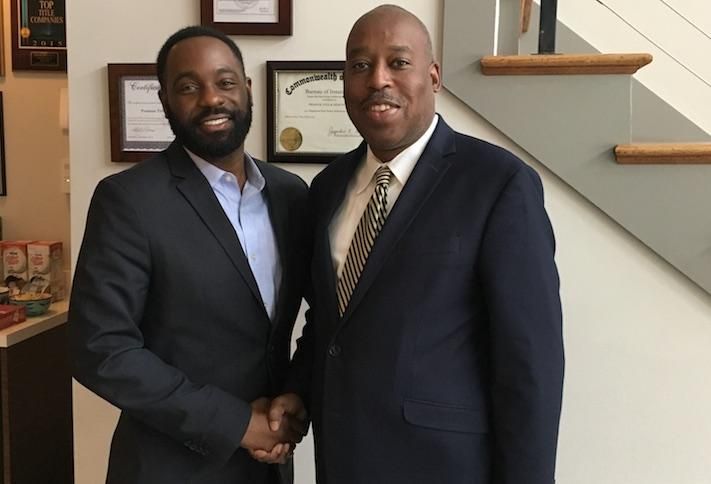 Last year, the District increased the tax on real estate transactions of more than $2M to generate more revenue for affordable housing development, a move several major developers criticized. Hunter said this is even more impactful for small landlords who want to sell their properties to generate income for other life expenses.

"The margins are not that large already," Hunter said. "When you talk about a $2M threshold, now someone who bought their only investment property and wants to sell and transition to something else like paying for their kids to go to school, the tax increase eats a year's college tuition."

The group also plans to advocate against rent control laws. Local governments from New York to California passed new, stricter rent control laws last year that many of the largest multifamily owners in the country have spoken out against. D.C.'s existing rent control law expires Dec. 31, and tenant advocates are pushing to not only extend the law for another decade but to make the rent control measures more aggressive.

"When we're dealing with rent control, the tenants show up, large corporate owners show up, they have their representatives, but the people missing from the discussion are small multifamily owners," Hunter said. "That is going to change immediately."

He said small landlords should not be held to the same rent control standards as large companies. Because small owners don't have the same amount of capital behind them, raising rents is often the only way for them to make needed renovations to their properties, he said.

The group is also opposed to D.C.'s Tenant Opportunity to Purchase Act. The law gives tenants the right to step in when their landlord plans to sell the property and purchase the building for the same price. In practice, Hunter said the law leads to tenants holding up sales with no intention of buying the property and forcing the seller to pay them thousands of dollars to allow the deal to go through.

"TOPA, as it's administered in the District, is a nightmare," Hunter said. "The reality of the matter is it adds $25K or $30K per unit to a multifamily transaction. That cost is often absorbed by the landlord. Once again, it's a big difference between a corporate entity and a family trying to absorb the $25K extortion that the tenant is requiring because of TOPA."

Swanson also referred to the TOPA law as "extortion." He said he hasn't been involved in a deal that forced him to make payouts because of TOPA, but he knows other landlords who have had negative experiences with the law.

“Not only is [TOPA] harmful, there are predatory companies and organizations that feed off of it, they basically hold you over a barrel on these things and extort money out of you in order to back off because they know they can," Swanson said. "They can block things for years with no good intention. If you’re an organization blocking this because you want to buy it, then buy it. But they never do, all they want you to do is pay them off. It’s extortion.”

In addition to the laws on the books, Hunter and Bianco said the way the courts adjudicates disputes between landlords and tenants in D.C. heavily favors the latter.

"It comes not only from the policy and the legislative side, but it comes in the application of the law as well," Bianco said. "Fighting these things through the courts, the deference to the tenant side of the argument no matter what the argument is, is really frustrating for the landlords."

Hunter said the courts are especially difficult for small landlords because they often don't have enough money to pay for attorneys.

"Large corporate entities have lawyers on retainer to go down to court, but small independent landlords have to go themselves, or are looking at additional legal costs that really eat into their bottom line," Hunter said. "It makes multifamily ownership of small properties unattractive to a lot of people, and it's making it harder for minorities and other independent investors to participate in the multifamily market."

Because of the combination of the laws and the court proceedings, Hunter described D.C. as "one of the most anti-landlord jurisdictions in the country."

Bianco said he agreed with this assessment, and he said the landscape for landlords is much easier across the Potomac River.

"When folks come up to me and say 'I'm thinking about investing in a multifamily property, what do I need to do?' My answer to them is 'buy in Virginia,'" Bianco said.

Beyond the policy and legal changes the group is fighting for, it is also hoping to change the negative public perception of landlords. Small owners tend to be more diverse and are often family investors without the same corporate structure as larger landlords, Bianco said.

"The assumption that landlords are inherently greedy and evil isn't true," Bianco said. "When you treat them all the same, it yields results that aren't equitable, especially the smaller the landlord gets."