Andrew Latsko owns several Brooklyn buildings that have been a part of his family for three generations, but as the coronavirus strangles the city’s economy, he is worried that his business may be in peril.

His great aunt, Eleanor Weintz, bought the family’s first property, a brownstone on St. John’s Street, in 1961, but not before she tried to take out a loan and a bank on Montague Street told her to come back with her husband. She didn’t have one, so she went to another bank and financed the acquisition, which she transformed into studio apartments.

Weintz’s nephew, James Latsko, took over the properties after working on them through the 1970s, and his son, Andrew, got involved when he helped install the first internet wires in the late 1990s, manually navigating the puzzle of 100-year-old plaster and brick to bring the brownstones into the 21st century. 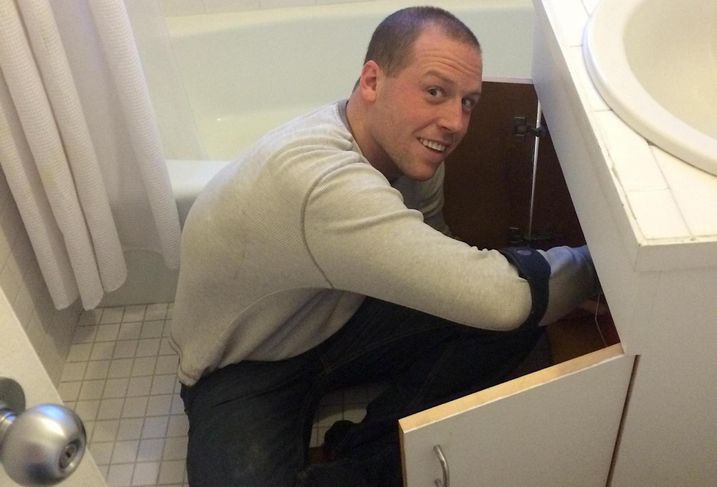 Courtesy of Andrew Latsko
Andrew Latsko performing maintenance at one of the handful of Brooklyn apartment buildings he owns.

Latsko’s family collection now includes eight studio-filled brownstones in Park Slope, a 16-unit building in Bay Ridge and some small storefronts that house a real estate company, a custom frame company, a mortgage banker and a day spa. He said he knows the name of each of his tenants.

His family has planned for disasters, they’ve weathered changes of the market and of the world, they have saved for a rainy day, and he knows what to do if a few tenants aren’t able to pay rent, Latsko said. But, in the nearly 60 years of managing these properties, Latsko’s family has never faced anything like this.

“This is 100% unprecedented,” he said. “Who can even consider this kind of situation in their normal business model or planning?”

The buildings have been Latsko’s life and livelihood. Now, as the coronavirus devastates the city’s health and economy, Latsko — like many other mom-and-pop property owners in the city’s outer boroughs — must confront the reality of this new unknown: frightening uncertainty.

Where The Shutdown Has Hurt The Most

Just outside the bustle of Manhattan, the outer boroughs of New York City are home to small, economically diverse neighborhoods, where many live in homes operated by small landlords.

The median income across Queens, Brooklyn, Staten Island and the Bronx in 2018 was between $20K and $37K per capita, about $30K to $50K less than Manhattan residents, who took home roughly $73K each, according to U.S. Census Bureau data.

Outer borough residents have been hit hardest in the city’s shutdown: Most residents work in retail and the service industry while Manhattan residents are most likely to work in office jobs, city data shows.

Nationwide, 22.7 million of the 45.8 million total rental units are owned by mom-and-pop individual investors like the ones across the outer boroughs, according to data from the 2015 Rental Housing Finance Survey, the latest version of the survey from the Census Bureau. In New York, many of these small property owners live in the buildings they manage, as their tenants’ neighbors.

This is the case for Richard Khuzami, who owns and manages the three-family building where he lives in Astoria, Queens. Khuzami is a percussionist who hasn’t been able to work. Two of his tenants — a subcontractor and a restaurant worker — are also out of work.

As he awaits their April rent payment while his tenants wait on their unemployment relief, he is more worried about the months to come.

“Basically, this has not been that big an issue so far … this month, people still have income,” Khuzami said. “I think that the problem is going to be May 1, that’s when we’re going to see the economic slowdown affect things.”

The uncertainty is painful. Khuzami worries about how he will pay his taxes, mortgage and utilities bills.

“With financial stuff, when you don’t know what’s going on, if you're uncertain as to what the future holds, it really hurts,” Khuzami said.

In April, 80% to 90% of apartment rent in New York City was paid, Community Housing Improvement Program Executive Director Jay Martin said. He expects that to change as more people are out of work for longer.

As the death toll continues to rise in New York and federal officials warn that the crisis could continue into the summer, the question for these small landlords has become: What will happen to their properties — and their main source of income — if tenants do not have income to pay their rent for months on end?

“If the closure of businesses continues … past May, the effect that it will have on the housing industry is going to be catastrophic,” Martin said. “It will be hard for New York to sustain.”

Without support, landlords won't be able to pay their bills, Martin said, and their buildings will become insolvent. 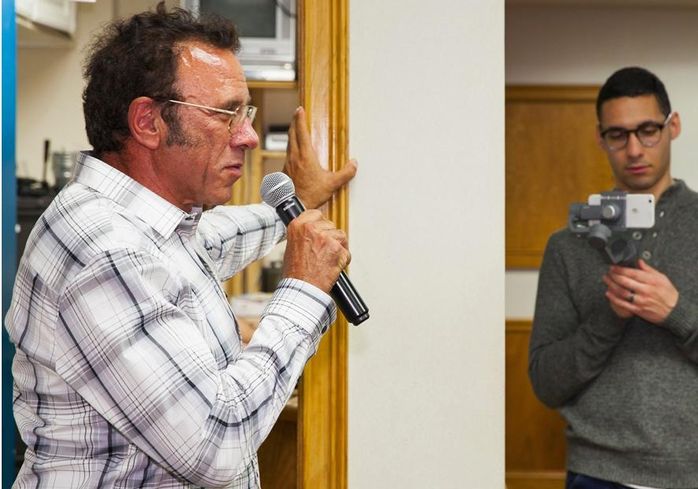 A Scramble Toward May 1

Khuzami is one of four property owners on the board of the Old Astoria Neighborhood Association, a nonprofit aimed at enriching the rapidly gentrifying neighborhood.

Since March 15, the group has been lobbying state and federal officials to provide relief to small property owners anticipating the citywide shutdown’s effect on their businesses early on in the crisis.

Khuzami is afraid of the worst-case scenario for landlords like him: insolvency.

“We are fully supportive of relieving tenants from potential evictions ... however, it cannot be at the expense of homeowners and landlords,” he wrote in a March 17 post on OANA’s website. “Whether the owner has lost their own job, or lost income from their tenants, the repercussions of failed mortgages can lead to disaster.”

As Khuzami helps his newly unemployed tenants file for unemployment relief, he said he fears what will happen if the support from the government does not come through in time.

“It’s up to the banks and their underwriters, which makes us as landlords very hesitant to defer rents when we know we may not be able to make them up,” he said.

Many multifamily loans are federally backed through Freddie Mac and Fannie Mae, which have said they will offer mortgage forbearance as the crisis continues to help landlords avoid foreclosure.

Khuzami has also reached out to his representatives on the state and federal level, who he said have been responsive, and the federal government has been attempting to help small-business owners to offset financial costs of the virus. But their efforts haven't directly helped Khuzami and Latsko.

The Coronavirus Aid, Relief and Economic Security Act, which was signed into law Friday, is a historically massive relief fund, which the federal government hopes will bring enough relief to citizens and businesses to help them weather the coronavirus storm. Less than a week later, congressional leaders are already acknowledging they will need to do more to stabilize the economy.

One program within the CARES Act, the Small Business Administration's Paycheck Protection Program, was designed to offer loans to small businesses that cannot remain afloat as large swaths of the economy are forced to turn off.

“Unfortunately, if you’re a mom-and-pop business with not too many employees, it’s not going to be of help to you,” said Alexander Lycoyannis, an attorney at Rosenberg & Estis P.C. whose clients include small property owners.

Even if landlords can dodge this hurdle, they still may not be able to get relief.

CHIP is still trying to figure out if its members are even eligible to apply for the program, Martin said. Real estate businesses considered “passive” are not eligible to receive funding through the program, CHIP’s accountants determined. Many small property owners may be included in this category.

There is hope for government support in the next round of the federal relief package, if it includes rent vouchers, which would allow the government to subsidize rent, Martin said. But at this point, there are few places for landlords to go for relief.

“If you don’t have a Fannie or Freddie loan, you haven’t gotten any relief,” Martin said. 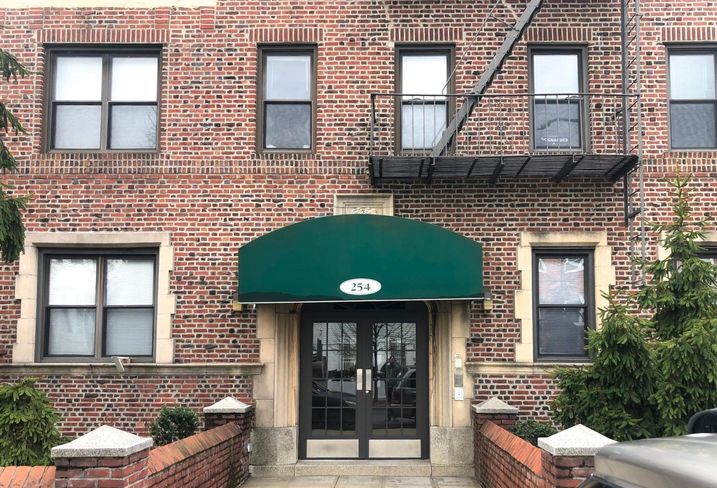 ‘The State Is Broke’

As property owners fret over next month’s mortgage payment, state lawmakers have been scrambling trying to decide what to do to help alleviate the stress of housing payments.

Before the CARES Act was passed, a spate of state proposals around how to help with the housing situation were tossed around in the statehouse. Most notable was Sen. Mike Gianaris’ proposal to cancel rent, a measure rebuked by many small landlords but backed by then-presidential candidate Sen. Bernie Sanders.

When asked about what the state would do to deal with the conundrum, Gov. Andrew Cuomo said that he "took care of the rent issue" with a moratorium on evictions. But this policy neither excuses tenants from paying rent, nor lays out what would happen to landlords whose tenants aren’t paying.

Lycoyannis said he has faith that relief will come at the state level. He is telling landlords to lobby Cuomo and state legislators over the next weeks and months, where he thinks their efforts could yield results.

“I’d be looking more towards the state government to see what they’re going to do. Especially if there is going to be some type of rent suspension, or rent relief, I would hope that on the other side there would be some sort of mortgage relief or some kind of tax holiday,” he said. “Because if no rent is coming in, then these small owners can’t pay their bills.”

Others in the industry are not so confident. The state doesn’t have the money to bail out the housing industry in the way it needs to in order to avoid the outcomes small property owners fear, Martin said.

“The state is broke,” he said. “Their ability to work on solutions is not what it could be. They need to extend relief directly to renters.”

Lycoyannis said he believes there is no amount of government support that could make up for the money lost while the state is under strict lockdown protocols that cripple the economy.

“The point is not to make sure everyone is making just as much profit as they were a few months ago, the point is can everyone just survive until summer, until the curve is flattened and goes down,” he said. “That’s the point here.”

The state may not legally be able to force banks to enact mortgage forbearance, Martin said. A proposed rent freeze or continuing forward without any relief for rent that will be lost as up to 25% of New Yorkers file for unemployment could devastate the entire housing market, Martin said.

Latsko said he had been in touch with his representatives before, expressing to them that that entirely canceling rent would be devastating to him. Latsko lives off this money — he pays his groceries and his health insurance expenses with it.

For right now, he is OK, he said — 73% of April rent has been paid. But looking at the months ahead is another matter.

“I think it would trickle down,” Latsko said. “You can’t not pay mortgage, property tax, water and sewer. This is our income. It’s how we make our living. This isn’t a side hustle.”