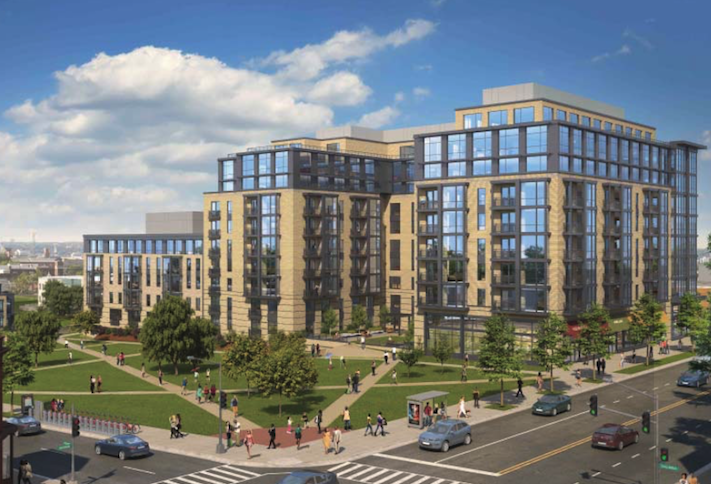 Torti Gallas Urban
A rendering of the 273-unit Park Morton project at the intersection of Georgia Avenue and Irving Street NW.

A Northwest D.C. development that has been stuck in court for more than three years will now be delayed even further.

The D.C. Court of Appeals released its decision on the Park Morton project Thursday, vacating the Zoning Commission's approval of the 273-unit development.

The Zoning Commission in February 2017 approved the project, a partnership between Dantes Partners, The Community Builders and D.C.'s Office of the Deputy Mayor for Planning and Economic Development. The development sits on the site of the former Bruce Monroe School, a 3-acre lot at the intersection of Georgia Avenue NW and Irving Street. It is being built to replace units from the Park Morton public housing community.

"My partners at TCB [and I] are still digesting the court's decision, but remain steadfast in our commitment to deliver on the promises made to the Park Morton residents — which is affordable housing," Dantes Partners Managing Principal Buwa Binitie wrote in an emailed statement to Bisnow.

Some residents have opposed the District's plan to demolish the public housing project before the replacement units were built. Opponents during the Zoning Commission process also cited concerns with the height of the proposed project and potential adverse effects on light, noise, parking and air pollution. The Park Morton Resident Council and the local Advisory Neighborhood Commission supported the project.

In June 2017, four residents filed appeals with the D.C. Court of Appeals, challenging the project's approval. The cases were brought during a wave of appeals that has delayed over a dozen developments across the District.

The case sat in court for three years before Thursday's decision. In the decision, written by Judge Roy McLeese, the court cited the McMillan and Barry Farm decisions in which it also vacated the projects' approvals.

The court decision said that the Zoning Commission's approval order was a 90% verbatim copy of the developer's application filing, an issue the opponents raised in the appeal.

"Although this court has not prohibited the practice of verbatim adoptions of orders proposed by one of the parties, we have repeatedly expressed reservations about the practice," McLeese wrote in the decision. 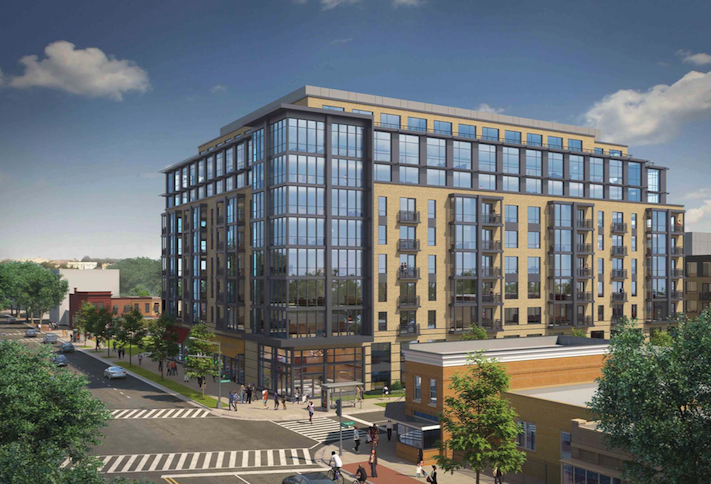 Torti Gallas Urban
A rendering of the Park Morton project at the intersection of Georgia Avenue and Irving Street NW.

The court also said that the Zoning Commission didn’t consider the potential adverse effects of the project, nor did it investigate the developer's proposal closely enough.

"We find in this case serious ground for concern that the Commission's order does not reflect careful and independent consideration by the Commission of the findings and conclusions that the [development team] submitted," McLeese wrote.

The judge also wrote that it is "indisputable" that the project would run up against the "conflicting policies and goals" in the Comprehensive Plan, including its placement of a 90-foot-tall building across the street from two-story rowhouses.

Mayor Muriel Bowser's administration in April submitted to the D.C. Council its final amendments to the Comprehensive Plan, which it hopes will help alleviate the delays that the appeals and court process has created for development in D.C.

The Park Morton project will likely begin another Zoning Commission process following the court's ruling, and the administration hopes the new Comprehensive Plan will be enacted this year. Acting Deputy Mayor for Planning and Economic Development John Falcicchio sent Bisnow a statement on the decision Thursday afternoon, and focused on the Comprehensive Plan as a key solution.

“While all parties are assessing the decisions, what we can focus on is amending the Comprehensive Plan," Falcicchio said. "We call upon our partners at the DC Council to pass it in 2020, which will help us build critically-needed, affordable housing."