The joint venture that has built much of the new development in D.C.'s Mount Vernon Triangle neighborhood is moving forward with another project. 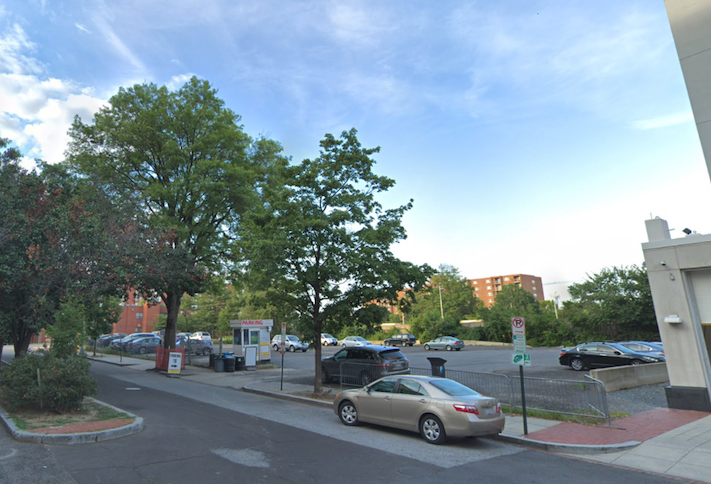 Quadrangle Development and The Wilkes Co. received building permits Friday to construct a nine-story, 296K SF apartment building at 811 Third St. NW, according to a D.C. Department of Consumer and Regulatory Affairs filing.

A member of the development team spoke Oct. 1 to the local Advisory Neighborhood Commission to provide an update on upcoming construction staging for a 275-unit apartment building, according to the meeting minutes.

The team is also scheduled to speak with the ANC's transportation committee Tuesday to provide a traffic control plan for the project. The developers didn't respond to requests for comment.

The property, currently occupied by a surface parking lot, sits near the intersection of Third Street and H Street, just north of the Capitol Crossing megaproject. It also sits just south of the site where D.C. last year broke ground on a 71-unit affordable housing project. Quadrangle and Wilkes acquired the site from D.C. in 2014 for $3.7M.

The building will have two levels of below-grade parking, and its ground level will be split between a 9,600 SF community space and a lobby and amenity space for the residential units, according to the building permit.

The ground-floor amenities will include a lounge, a conference center and a bicycle storage room. On the penthouse level, the building will have a pool, a rooftop terrace, a fitness center and a party room, plus five two-bedroom units, according to the permit. 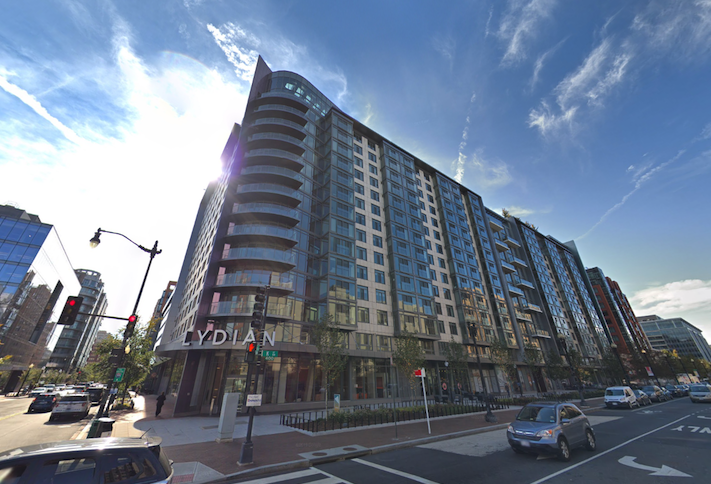 Google Maps
The Lydian apartment building, which delivered in 2018 at 400 K St. NW

The project is the latest in a series of developments Quadrangle and Wilkes have partnered on in Mount Vernon Triangle. The team has built four multifamily buildings: the Sonata, Madrigal Lofts, Lyric and Lydian. It has also built headquarters for the D.C. Bar and the American Israel Public Affairs Committee.

The team still has about four development sites remaining in the neighborhood. Wilkes Co. President Berk Shervin told Bisnow in October 2017 it planned to move forward with an apartment building on the 811 Third St. site after the Lydian, which delivered last year.

"More and more people are seeing downtown Washington, and Mount Vernon Triangle in particular, as an attractive place to live due to our proximity to lifestyle amenities such as restaurants and fitness centers, the ability to have public transit and even walk to work," Robinson said.

Robinson said Club Pilates choosing the neighborhood for its first D.C. location shows that fitness concepts and other lifestyle-focused retailers are drawn to Mount Vernon Triangle. The area also has an Orangetheory Fitness, Vida Fitness and Equinox, which opened this month.

"We have a very young, active population that is interested in fitness," Robinson said. "And we have the density of housing and residents to support that type of retail in the community."