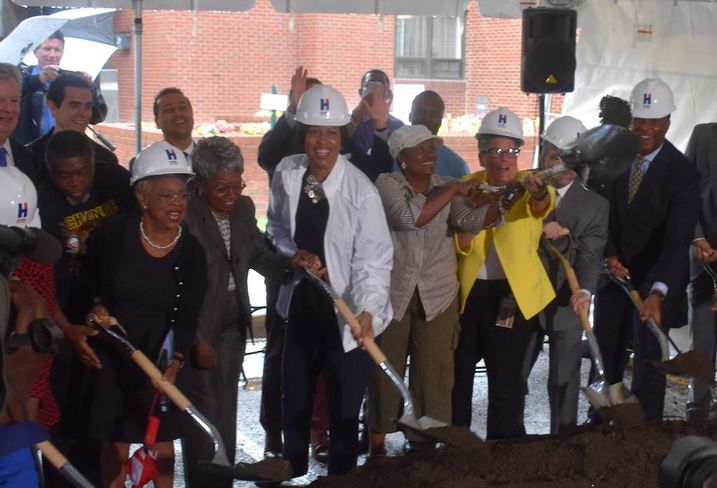 Over 70 units of new affordable housing will soon be coming to Mount Vernon Triangle, a welcome addition to the neighborhood on the edge of Downtown D.C. that has become more expensive as it has grown in recent years.

NHT-Enterprise, a JV of National Housing Trust and Enterprise Community Partners, is teaming up with IBF Development on the project.

"With a growing downtown core, it is critical that the public and private sectors collaborate to provide affordable housing that is located near jobs, transportation and community-based institutions," NHT-Enterprise Senior Vice President Scott Kline said in a release.

The site, located two blocks north of the Capitol Crossing megaproject, was donated by the Carmel Baptist Church, in partnership with The Wilkes Co. and Quadrangle Development. The two developers are building an adjacent 273-unit market-rate building, The Cantata. The land for the two projects was previously owned by the District, leading to a larger affordable requirement than typical developments.

Wilkes and Quadrangle have pioneered the growth of the Mount Vernon Triangle neighborhood over the last two decades. The piece of Northwest D.C. in between Union Station and the CBD has transformed from an area with a few government buildings and a wide swath of surface parking to an active mixed-use neighborhood with several new apartment and office buildings and popular restaurants. 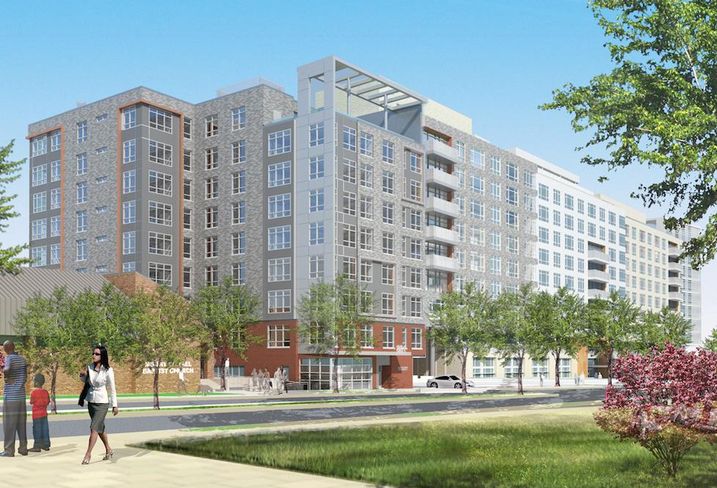 The Liberty Place project provides affordable housing that developers and city officials emphasize is much needed as the area grows and its rents increase. The project will feature 71 units of affordable housing, with 14 units set aside for those making up to 30% of area median income, 53 units for up to 50% AMI and four for 60% AMI. Seven of the units will be set aside for homeless veterans.

The building will also include amenities such as a rooftop deck, a resident lounge, a meeting room and a fitness center. It is being constructed to achieve LEED Silver certification.

“Over the last two decades Mount Vernon Triangle, a neighborhood key to the downtown core of the city, has been under revitalization," SunTrust Mid-Atlantic President Dan O'Neill said. "This development will add much needed affordable housing to the community and continue the revitalization that is moving D.C. forward."

Liberty Place is the latest effort to bring new affordable housing supply to D.C. neighborhoods that have experienced rapid growth and rising housing prices in recent years. Somerset Development and Jonathan Rose Cos. last month completed Porter Flats, a 96-unit affordable apartment building on the U Street corridor. In a similar deal to the Mount Vernon Triangle project, Trammell Crow/High Street residential will construct a 288-unit market-rate building next door to Portner Flats.