And Now for the MultiFamily Deluge

Get ready for a monster storm of refinancings, Walker & Dunlop chief Willy Walker told our national Bisnow multifamily summit (“BMAC”) last week at the JW Marriott. And for some incredibly good terms and rates. 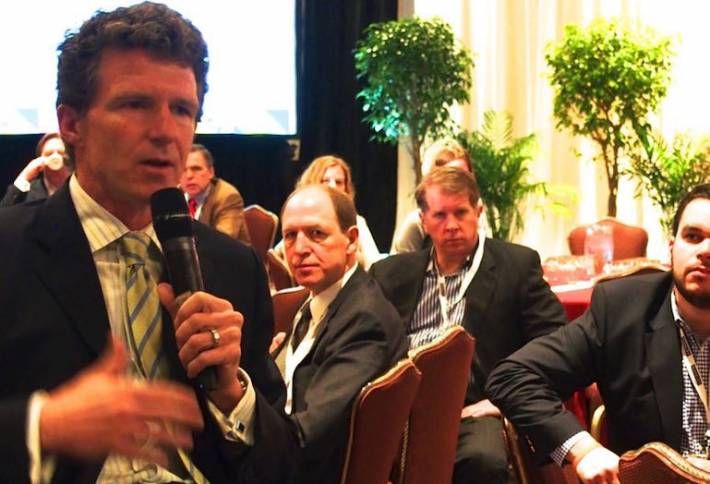 Around $200B a year of CMBS financings during 2005 to 2007 are coming due, and many who took floating-rate mortgages last year when rates spiked will potentially convert to fixed, Willy said. Fannie and Freddie are back as dominant sources of multifamily capital. And life companies are delighted to invest in low leverage (below 65% LTV) trophy assets with Class-A sponsors in major MSAs like DC. Even HUD products are off the charts: He just saw a loan locked in for 40 years at 3.62%. 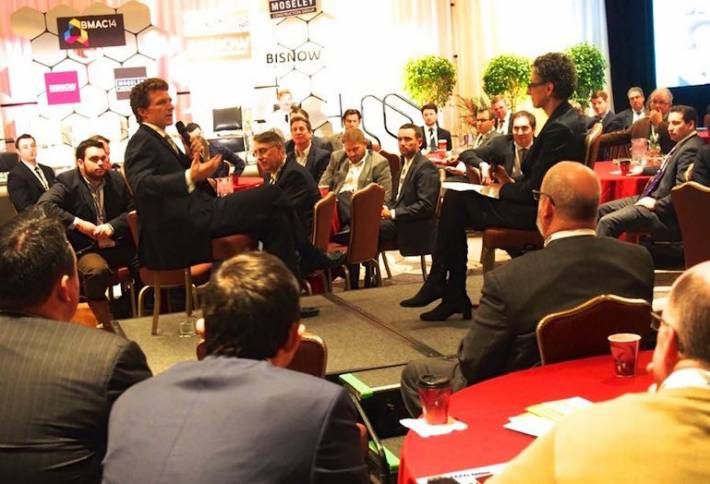 If rates stay near current levels, Willy said, we won’t see the need for equity or mezz that many thought was coming. And he predicts real GSE reform is on hold until the President and Congress are of same party. 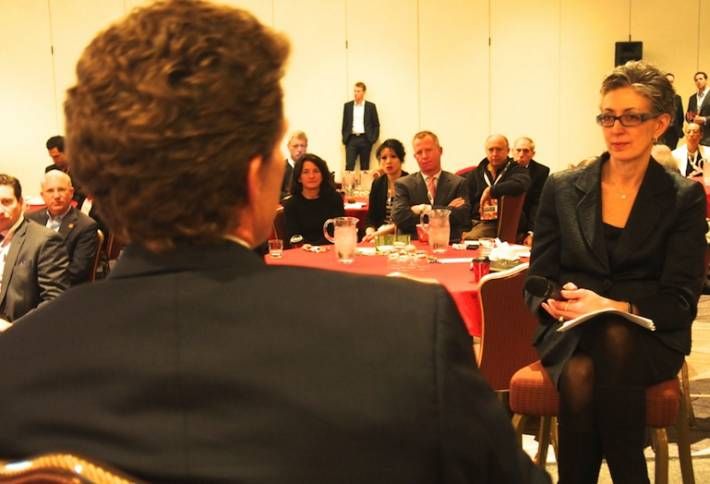 Goulston & Storrs’ Debbie Horwitz also drew Willy out on his experience leading his third-generation company from 45 employees and one office in ‘03 to 475 employees in 22 offices today, in the process becoming the largest Fannie lender and No. 3 Freddie. Willy said it helped to go public in 2010, despite the economic and culture risks; they’ve been able to make big acquisitions like CW Capital in 2012 and Johnson Capital this year. It also helps he’s personally taken 142 client meetings through Q3. And that he’s an endurance athlete, who does the likes of 105-mile bike rides. Not just because it gives him competitiveness, he explained, but because he can pack a bike on trips and bond with clients (at least those who also like marathons or polar plunges). 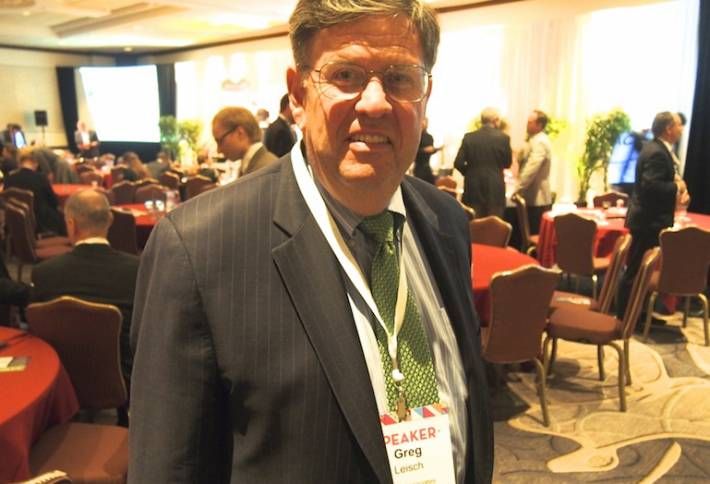 Delta Associates chief Greg Leisch told the crowd it’s still a great time to be in multifamily—apartment absorption continues to rise and building sale prices are up 16% in last 12 months (more than any other asset class). And lifestyle shifts are favorable: young people don’t drive as much; they’ve reversed a 40-year trend of flight from cities; and a higher fraction have taken on student debt and face fewer job opportunities, making purchases less affordable. So he sees continued strong demand for rentals, and predicts 2.7% annual national rent increases. 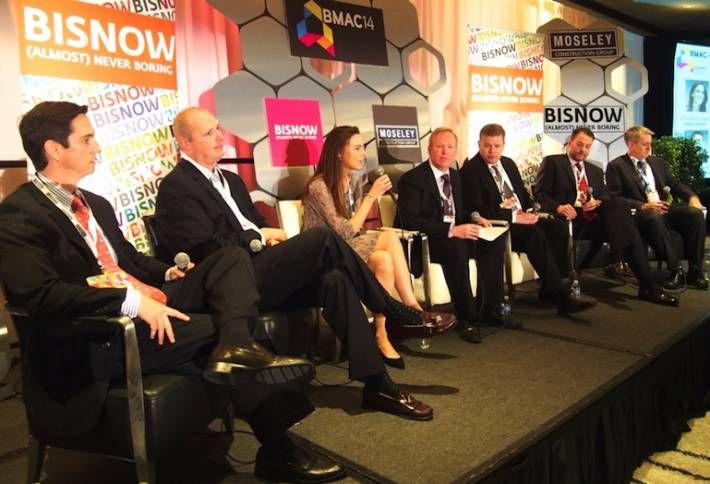 On the Mid-Atlantic panel, Angelo Gordon’s Christina Winstead said weak job and wage growth in DC is being offset by abundant capital for multifamily development, the hope that defense spending will come back in ’15 and continued high absorption. Cassidy Turley’s Chris Doerr said whatever’s near a Metro and inside the Beltway is likely to do well. Contractor Johnny Moseley said his multifamily construction revenue has pretty much doubled every year. Under questioning from Arent Fox's Patrick Nickler, experts from Mill Creek, BKV Group and Federal Capital Partners expressed similar guarded optimism. Some pointed out both the concern and the upside that much of the action to date has been in Class-A, but that residents in Classes B and C are eager for upgrades that can afford them safer and cleaner places to live. 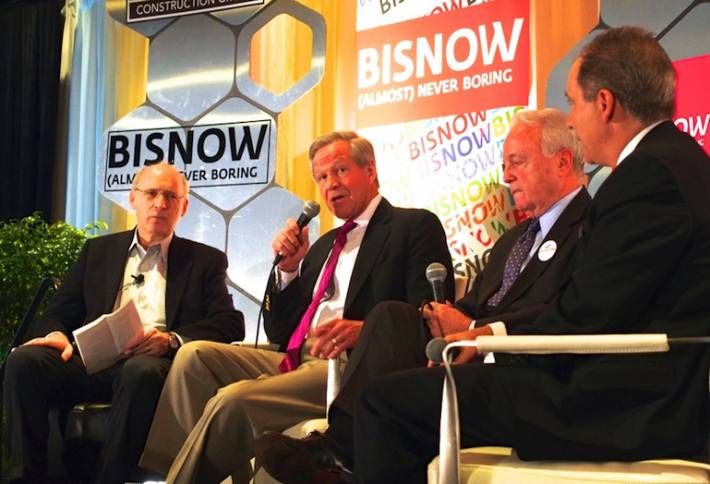 Former head of NMHC (14 years) and MBA (7 years) Jonathan Kempner, left, moderated a policy discusssion with what he called the “Double Dougs,” likening them to Mantle and Marris , and Jordan and Pippen: Doug Bibby, at mic, is current NMHC president and Doug Culkin leads the NAA. (Supplemented by former Senate Banking Committee staff director Dwight Fettig.) They discussed the gamut of legislation—immigration reform (should landlords be expected to police the system?), housing finance reform (will a Fannie/Freddie bill come to the floor now that Harry Reid won’t be able to block it?), energy benchmarking (should data be public?), and copyright (should you have to license music in elevators and movies in your common areas?). Outlook: cloudy, reflecting Capitol Hill impasse. (More panel coverage tomorrow.) 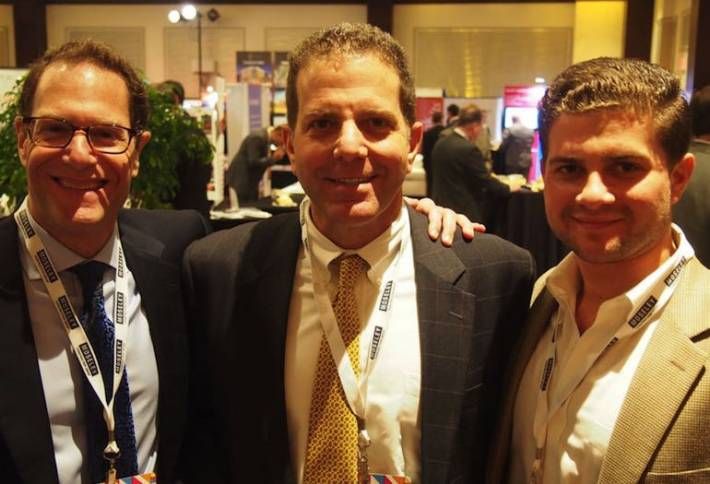 Among the 500 on hand during the two days of the conferece were not only CohnReznick national real estate chair Dave Kessler and Urban Igloo’s Rick Gersten, left and center, but Rick's son Nate, who’s been interning at the Sheridan Property Co. and getting his real estate license. Rick tells us Urban Igloo, here and in Philadelphia,  has teamed with six other rental brokerages around the country to work together with individual and corporate renters looking for help from city to city. Those renter leads are now converting to buyers, he says, opening a new track of business generation. Presumably Rick saves a lot of money on focus groups about Millennial tastes and just asks Nate.