The Chicago area’s condo market fell into a black hole 10 years ago as the Great Recession took hold. It recently began to show signs of life, first for luxury condos near the city’s central business district, and then for more moderately priced units in emerging neighborhoods. Now the affluent suburb of Oak Brook has decided to get into luxury condos in a big way. 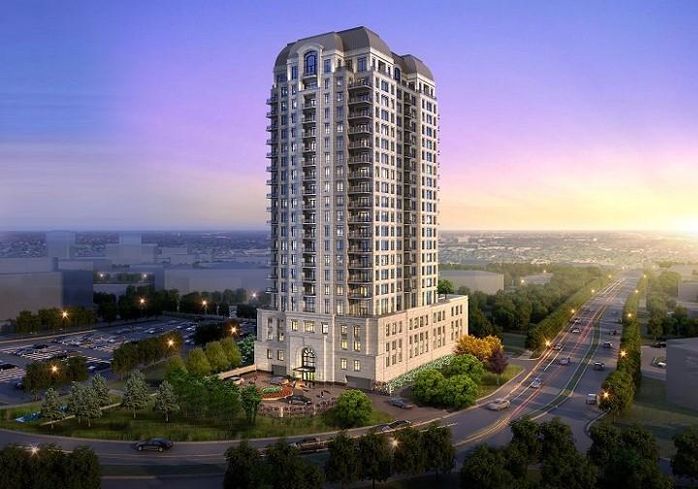 Courtesy of Franklin Partners
The Butler, a 22-story condo development in Oak Brook

The Oak Brook Board of Trustees has approved The Butler development of 90 luxury condominiums near Oakbrook Center shopping mall and the campus once occupied by McDonalds Corp.

Getting approval for the 22-story tower was not easy. Some residents were upset at the prospect of such a huge building, and others worried the $100M project would be unsightly or exacerbate flooding.

But the developers and designers went back to the drawing board and made significant changes, most notably cutting down the original 27-story proposal to 22 stories.

Sprawling corporate campuses were considered big prizes for suburban towns back in the early 1970s when the fast-food giant built its Oak Brook headquarters. The loss of many campuses to Chicago’s downtown means towns like Oak Brook need to figure out what to do with all the vacant land.

“The loss of McDonald’s could have been perceived as a negative, but it actually has a silver lining, and creates opportunities,” Jupiter Realty Co. Executive Vice President Jerry Ong said. Along with Franklin Partners, Jupiter is one of The Butler’s developers.

Houston-based Hines plans to create a mixed-use community on a portion of the McDonald’s site, including office, residential, retail and hospitality uses. The Butler, with its luxury condos, will complement that effort by providing another type of housing, one increasingly desired by older Oak Brook residents who no longer want large homes and lawns. 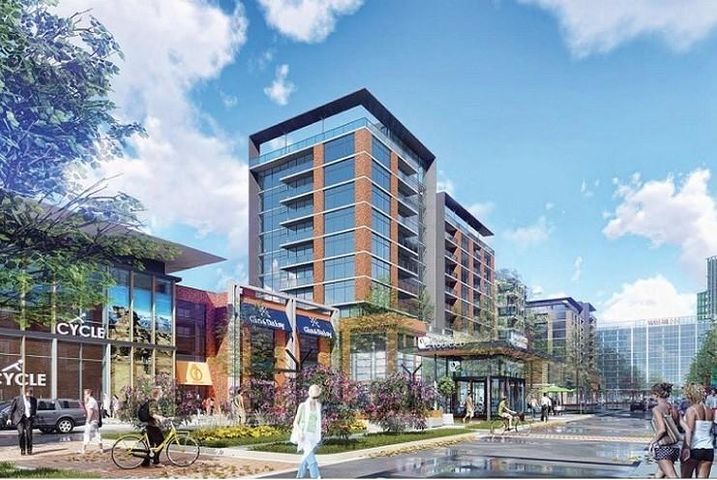 Courtesy of Antunovich Associates
A rendering of what might replace the old McDonald's campus.

“There [are] quite a lot of affluent people in the western suburbs, with quite a number of $1M-plus homes, and some of these people don’t want to move to downtown Chicago,” Ong said. “And by buying at one of our condos, they will have homes just 2 miles away from their kids and grandchildren. These are designed for folks that are downsizing, not downscaling.”

The developers first had to gain acceptance from the whole community. An open house last December convinced them a few changes were needed.

“There was a healthy debate about whether it was appropriate in that location,” Ong said.

Still, once Jupiter agreed to shorten the project to 22 stories, the village trustees indicated they would give it a green light, especially as studies showed traffic and flooding would not be issues.

And the designers took other steps to make The Butler acceptable.

"We shaped the building so on the exterior it looks very residential," rather than like a glass-and-steel office tower, said Lucien Lagrange Studio design principal My-Nga Lam, lead architect on the project.

The facade will have different-sized windows for bedrooms and living rooms, making it look more home-like. A tapered roof will conceal the building’s mechanical equipment.

Oak Brook has a number of gated communities, and the designers gave the same feel to The Butler, which will be set back from the street and have a courtyard.

"We created a space that will give you a sense of arrival," said Lucien LaGrange, the Chicago-based founding principal.

Perhaps most important for other village residents, the site, now a parking lot, will include walking and biking trails that connect it to the mall and what will become the town center.

“Oak Brook is at a pivotal juncture in our history and we have just sent a strong message to the residents of Oak Brook that we welcome high-end luxury developments that are consistent with the Oak Brook brand,” Village Trustee Mike Manzo said.

Ong said the development team plans to break ground in about a year. The units will start at around $900K, but some units will go for up to $3M.

“With the proper design and insight, there is the possibility of creating a dynamic town center, something now missing in many of the western suburbs,” Ong said.