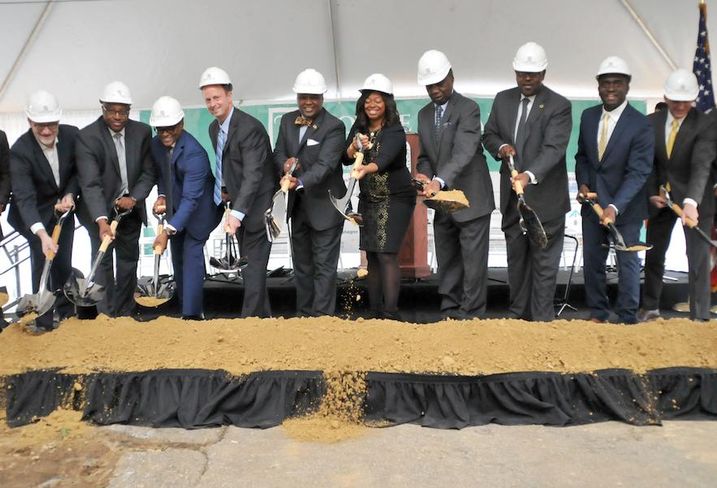 After 20 years of attempts to redevelop the Suitland area in southern Prince George's County, shovels finally hit the dirt this week on a $400M project.

The project sits on a 22-acre, county-owned site within a half-mile of the Suitland Metro station. The first phase will include 219 for-sale townhouses and a 137-unit senior apartment building. Those will be followed by 538 apartments in Phase 2 and the performing arts center and retail in Phase 3. 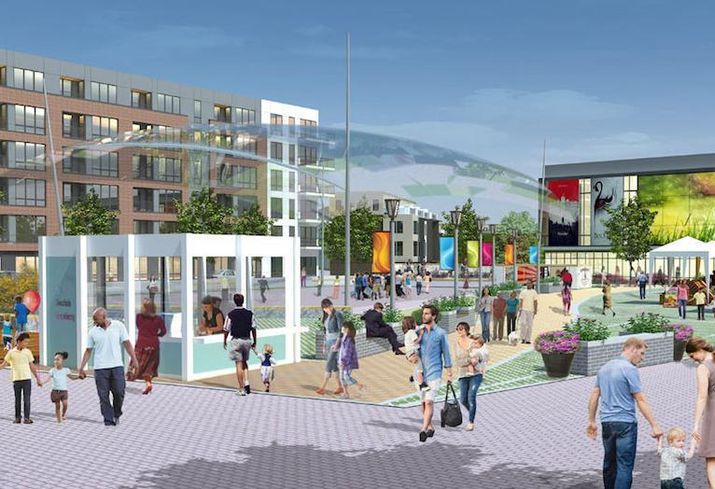 After trying and failing multiple times to find development partners for the site, the county decided to invest $100M to help spark the project. The investment, the largest ever from the Prince George's County Redevelopment Authority, went toward demolishing blighted properties, building infrastructure and public utilities and putting the site through the entitlement process. Those steps were aimed at making the site more attractive for a developer to get involved, and it seems to have worked.

The county has two development partners for the project's first phase. NVR joined on to build the townhouses, and Mission First is constructing the apartment building. Those components are expected to start in spring 2018, while Thursday's groundbreaking marked the start of public infrastructure construction.

"This new town square will be the spark that will ignite the Suitland community that residents have been longing for," Prince George's County Executive Rushern Baker said in a release. "I have been telling folks to 'buy Suitland' for the last few years, and this project will be the foundation of what we hope will be the rebirth of Suitland."