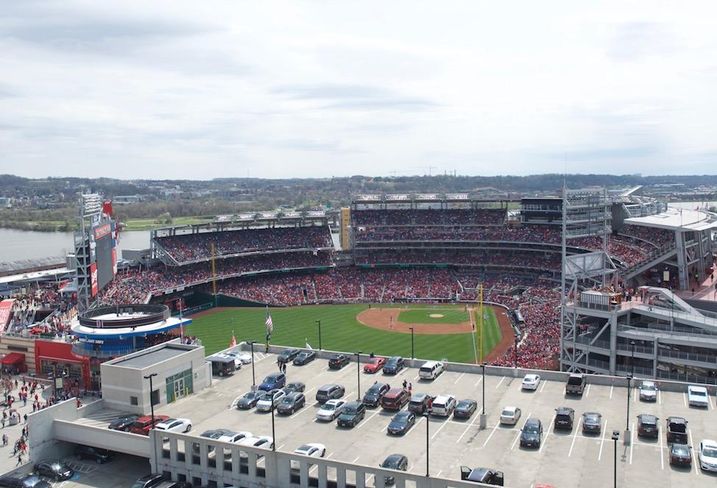 Thousands descended on Capitol Riverfront Monday as the Nationals beat the Marlins in the 2017 season opener. Bisnow took a tour of one of the upcoming buildings that will offer views into Nats Park: The JBG Cos.' 1221 Van St. SE.

The 13-story apartment building sits just past left field beyond one of the stadium's parking garages. Most units above the sixth floor on the stadium side of the building will be able to see over the garage onto the field, but all residents will have access to the building's rooftop. 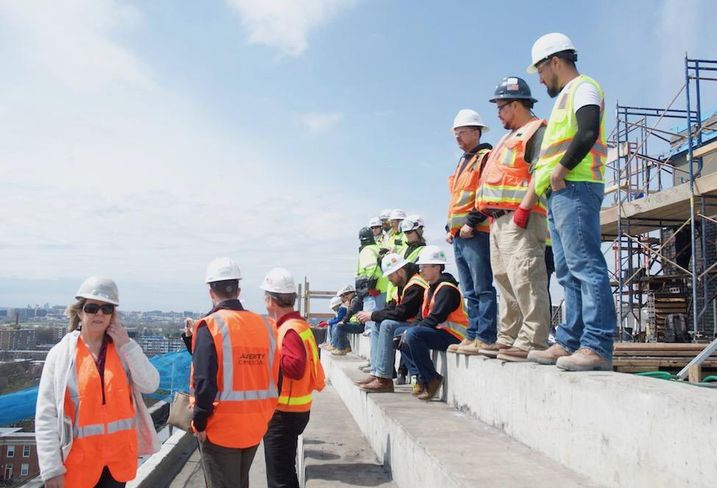 On the southern side of the rooftop, the developer built three rows of stadium-style seating, which construction workers used to enjoy the game on Monday. Clark Construction is the general contractor on the project, and Toronto-based Hariri Pontarini Architects designed the building. 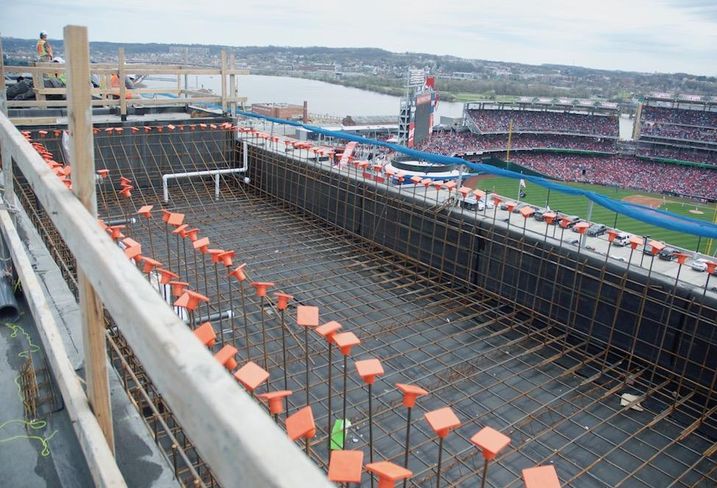 Next to the stadium seating, the rooftop will have an infinity pool that will allow guests to stand in waist-deep water while watching a baseball game. The rooftop will also have an indoor club room with a pool table, televisions and a bar. 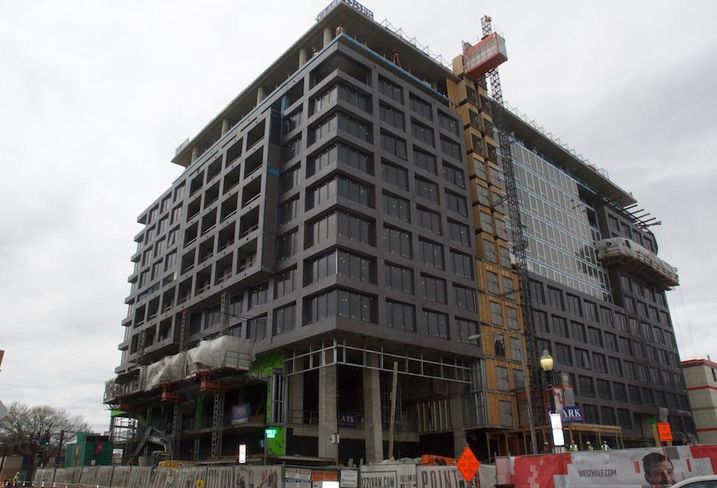 Construction will wrap up on the 291-unit building this fall, with the first move-ins in September and full delivery in December. The building will have 26K SF of ground-floor retail, which will help to further activate the booming area around Nats Park. 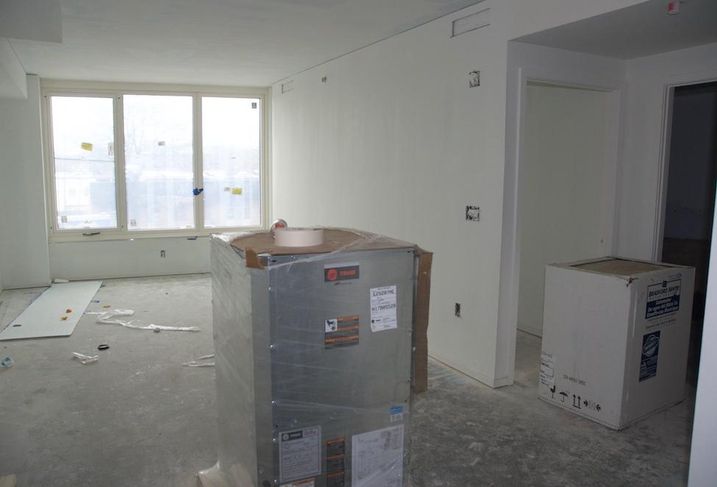 JBG's 1221 Van will have mostly studios and one-bedroom units, with some larger two-bedroom units. The building also will have a 4K SF fitness center and a bike storage area. JBG will begin pre-leasing units in July.