The mixed-use development that has transformed Northeast D.C.'s Brookland neighborhood will soon be fully built out. 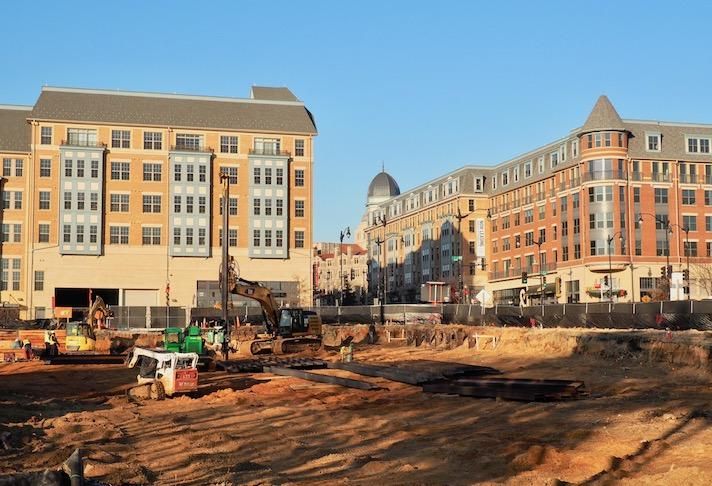 Bisnow: Jon Banister
The construction on the final phase of Monroe Street Market at Seveth and Monroe streets NE in Brookland

The development of the final phase is being led by Pritzker Realty Group. Bozzuto Construction is the general contractor, and Bozzuto will manage the apartment building.

The team submitted an application with the Zoning Commission in January and received its written approval order in July. It then received building permits in October through the D.C. Department of Consumer and Regulatory Affairs' Velocity program, which allows developers to pay up to $75K to expedite the permitting process.

"We wanted to roll all of the DCRA reviews into one application and expedite us getting out of the ground," Pritzker Vice President Bill Dvorak said.

Pritzker secured construction financing from JPMorgan Chase and has an equity partner, which Dvorak declined to disclose. He said the final phase is expected to be completed in the summer of 2020. 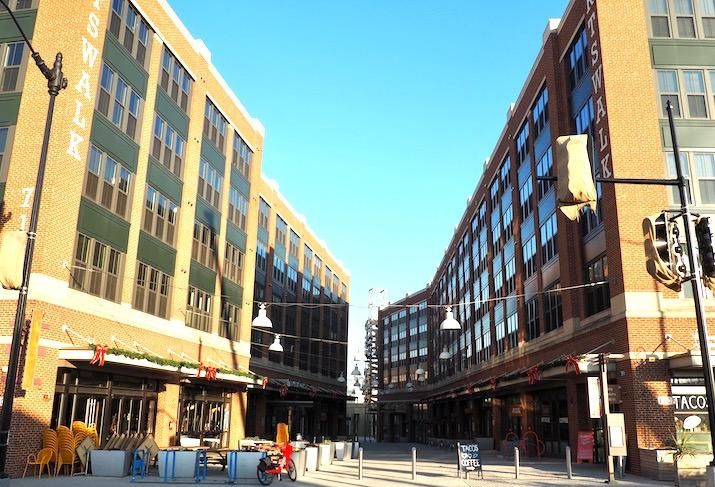 The first four multifamily buildings of Monroe Street Market opened in 2013 with 562 apartments and 57K SF of retail, plus 45 townhouses. It sits just south of the Catholic University of America and next to the Brookland Metro station. Abdo Development and Bozzuto partnered on the project's initial phases, but Pritzker is spearheading the development of the final building.

The development has brought a variety of food and beverage options to the neighborhood, including Busboys & Poets, Brookland Pint, Chipotle, &Pizza, Fox Loves Taco, Potbelly, BGR Burgers and a Starbucks Reserve roastery. It has also brought the Arts Walk with dozens of local artist studios and a plaza where a farmers market is held on Saturdays. But it has yet to deliver one highly sought-after neighborhood amenity: a grocery store.

The closest grocery option for Monroe Street Market residents is the Yes! Organic Market on 12th Street, roughly a half-mile away. There is a larger Giant supermarket at the Rhode Island Place Shopping Center, more than a mile south of Monroe Street. Dvorak said the developer hopes to sign a grocery store for the ground-floor retail space in Monroe Street Market's final phase.

"We've heard from the community and from residents that they would love to see a grocery store there, so we're definitely focused on that," Dvorak said. "It would be more of a neighborhood grocer given the size ... There are a variety of groups that could work in that space." 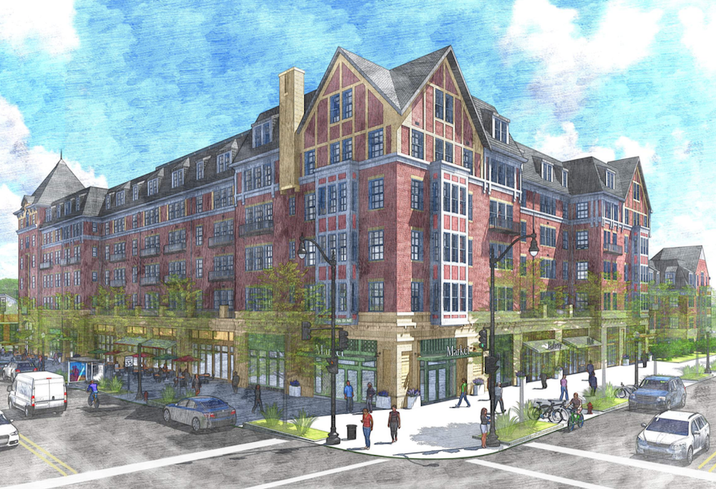 The apartment building was designed by architect Maurice Walters, who also designed the Arts Walk and the building on the eastern side of the plaza. Torti Gallas + Partners designed the other buildings. Walters said the final phase will look similar to the rest of the development, but will have its own style.

"We think it's more richly detailed," Walters said. "It will be sympathetic to those buildings, but it has its own character ... the important thing is it will kind of tie everything together. That was one of the earliest visions to have that Monroe Street frontage activated. That will be a big deal to get that missing piece."

The building will include a mix of studios, one-bedroom, two-bedroom and three-bedroom units. Its amenities include a fitness center, multiple fountains, a coworking-style business facility, a clubroom and a rooftop deck, the first at Monroe Street Market. Dvorak said some of the building's units have higher finishes than previous buildings at the development, targeting young professionals more than CUA students.

"What we're seeing is we definitely have student demand, and a good percentage of the project is leased from students, but we also have many professionals that lease from us," Dvorak said. "As Brookland has evolved, we're seeing more demand from residents that get priced out of other areas but need a more affordable option with access to transportation and amenities." 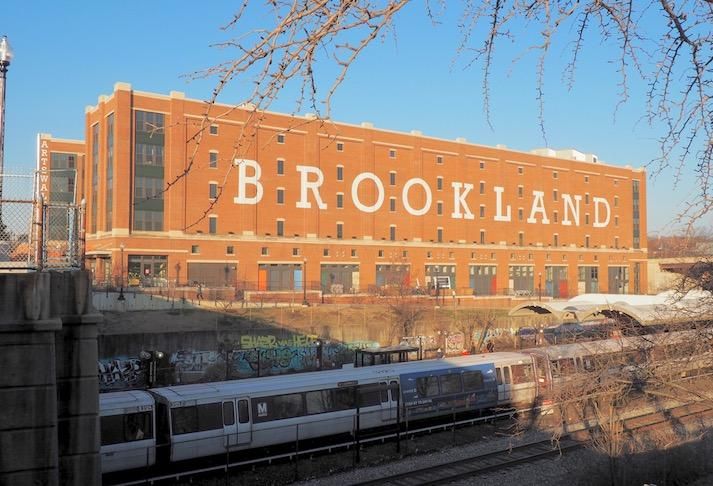 Bisnow: Jon Banister
The 'Brookland' sign on the eastern wall of Monroe Street Market next to the Metro station

Multifamily construction has also progressed along 12th Street, with multiple low-rise apartment and condo buildings rising on the corridor. But one mixed-use development that would fill a large gap between 12th Street and Monroe Street Market, Menkiti Group's 220-unit 901 Monroe project, has remained stalled by lawsuits since 2013.