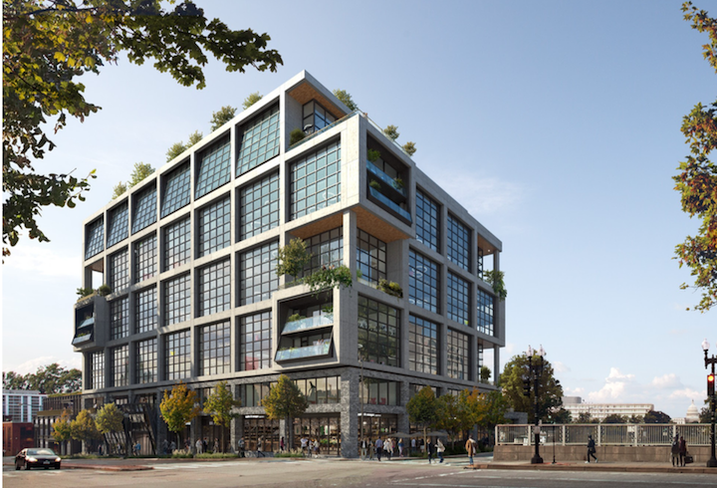 Gensler
A rendering of JBG Smith's proposed project on the corner of South Capitol and M streets SW.

The site of a 7-Eleven on South Capitol Street could soon be turned into a project with hundreds of multifamily units, office and retail.

The application calls for 371 residential units, 226K SF of office and 25K SF of retail. The developer requested flexibility to switch the office use to residential, in which case the project would feature 688 units. The application said the developer plans to make a contribution to D.C.'s Housing Production Trust Fund to meet its affordability requirement. 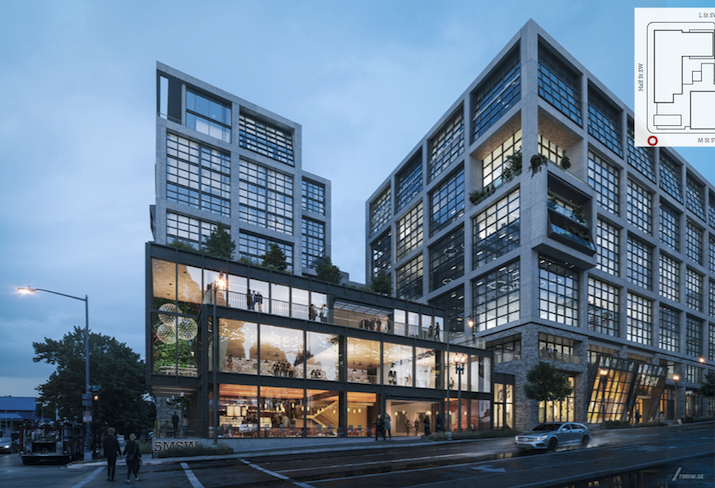 Gensler
A rendering of the mixed-use project planned at the corner of South Capitol and M streets SW.

The project would also include 403 below-grade parking spaces and 160 bicycle spaces, a ground-level pavilion connecting the office and residential components, and a second-floor residential courtyard. Gensler is working with the developer to design the project.

The property is one block from the Navy Yard Metro station and two blocks from Nationals Park. It was acquired in 2008 by an affiliate of Vornado, property records show. In 2017, Vornado merged its D.C. portfolio with The JBG Cos. to form JBG Smith. The REIT is best known for being the development partner on Amazon HQ2, but it also has a large portfolio near the ballpark.

JBG Smith has delivered two apartment buildings with retail directly north of the ballpark in the last three years: its 465-unit West Half building and its 291-unit 1221 Van building. The REIT also reached a deal to acquire the 325-unit F1RST Residences building, which sits just north of the ballpark, in November for $161M.