The development team planning a 1.2M SF project in an opportunity zone in Montgomery County has landed a popular grocery store anchor and is now looking to cash out. 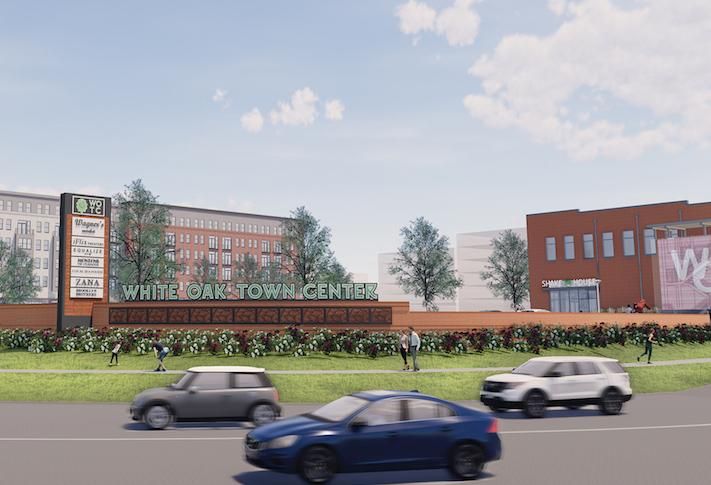 MV+A
A rendering of the White Oak Town Center development

The team has retained Cushman & Wakefield to market the property, either for sale or for a joint venture partner. The team is marketing the development site's location in an opportunity zone as a major selling point and says it is already hearing from investors looking to take advantage of the new federal program.

"The response from opportunity zone investors and developers has been extraordinary," said Cushman & Wakefield Executive Managing Director Paul Norman, who is marketing the property, along with John Pellerito and Brendan May.

Finmarc principal Marc Solomon said he thinks White Oak is one of the most attractive areas in the region to be designated as an opportunity zone, and having a project as far along as White Oak Town Center is seen as an advantage in the emerging market for opportunity zone investments.

The brokers, development team and Trader Joe's declined to comment on the grocery store lease. Trader Joe's has an existing location about 3 miles away on Columbia Pike, plus one in Bethesda and one in Rockville, which was also developed by Finmarc. 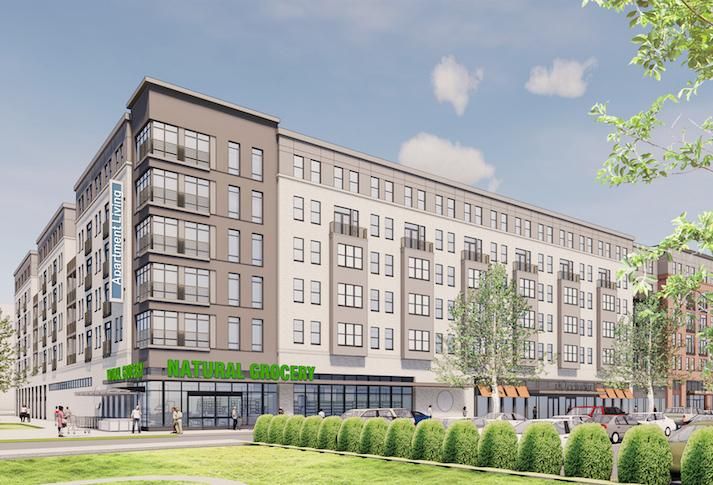 The 13-acre Phase 2 site has industrial and retail buildings that are near full occupancy. The buyer could hold onto that parcel as an income-producing asset, or it could exercise lease termination clauses that would allow it to move forward with the development envisioned as Phase 2.

Conceptual plans for the Phase 2 site call for five-story multifamily buildings with ground-floor retail that could bring the total density of the White Oak Town Center development to 1.2M SF.

Solomon said the Finmarc and Bernstein team decided to bring the property to market because the company does not have experience in multifamily development. He said the team would be open to selling the full property or bringing on a joint venture partner to build the apartments while the owners retain control of the retail portion. He sees the area as prime for new retail development and said the project is experiencing strong retail momentum.

"We think there's absolutely a demand for lots of good quality restaurants and food and beverage facilities that is lacking in the market," Solomon said. "There's a large daytime population and residential population, and there are very limited services in this area."

The property fronts Columbia Pike in between the Tech Road and Industrial Parkway intersections. Across Tech Road to the north, the Westech Village Corner shopping center features a TGI Fridays, Chick-fil-A, Panera Bread, IHOP, Qdoba and other retailers.

The site is within 3 miles of the Food and Drug Administration headquarters campus, which the agency is planning to expand, and less than a mile from Adventist HealthCare's new White Oak Medical Center, slated to open in August.

"The job creation in that area between the Adventist Hospital campus and the expansion of the FDA are really big drivers for the retail interest," Norman said.

The employment growth is also making the area more attractive for multifamily, Norman said. Past county ordinances have restricted the amount of housing that could be built in the area, due to concerns around traffic and school congestion.

But the county has approved land-use plans allowing higher density development in the White Oak area. In addition to the White Oak Town Center project, Percontee is moving forward with its $3B Viva White Oak development, ultimately planned for 12M SF of mixed-use development.

"There is pent-up demand for new multifamily because nothing has been delivered in a couple decades there," Norman said.

"Most of the suburbs don't have Metro," he said. "This is a suburban mixed-use center that's going to develop its own amenity base. It's not transit-oriented from the perspective of Metro, but you've got great vehicular capability and you'll have BRT."