Developer Q&A: The JBG Cos' Kristi Smith And Andrew Griffin 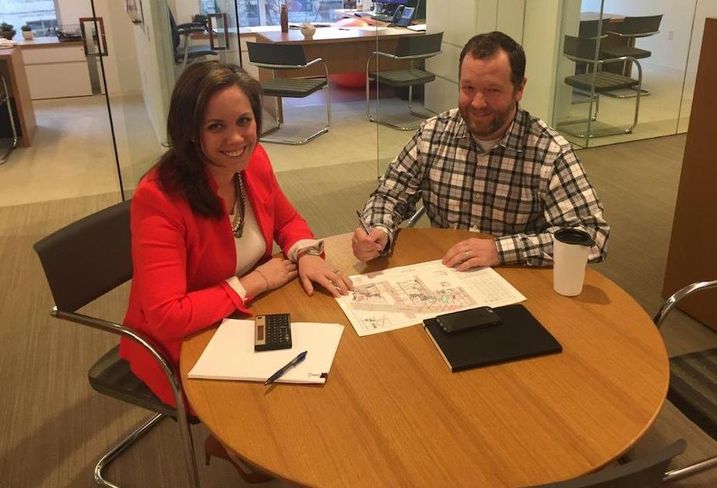 Courtesy: The JBG Cos

The JBG Cos SVP of development Kristi Smith and VP of construction management Andrew Griffin chatted with Bisnow about the developer's two recent Shaw projects, Atlantic Plumbing and The Shay, and what they have in store next.

Bisnow: What attracted JBG to the Shaw area when it started buying properties for development years ago?

Smith: I think it's interesting. We have a big focus along 14th and U and it was kind of a natural extension of that. It already had a place with the 9:30 Club, we saw that as a prime opportunity as the city was shifting east. We saw a lot of opportunity there to have a critical mass and to be able to develop these multiple projects that can feed off and complement one another.

Bisnow: What's unique about Atlantic Plumbing and The Shay?

Griffin: I think that we looked at it as neighborhood merchandising, so we did extensive research of what was lacking in the neighborhood and amenities for new and existing residents. We approached it as complementing the retail of four new buildings. Within a two-block radius you’ve got a movie theater and several sit-down restaurants at Atlantic Plumbing and several galleries and maker shops. At Shay, we focused on soft goods retail because the research and leasing team found there was [a] void in fashion retail in the east side of the city. Many of the stores we attracted to Shay were either their first or second locations in the area, sometimes first on the East Coast.

Bisnow: Why has Shaw attracted such a diverse retail and restaurant tenant roster? What about the neighborhood has placed it above areas like the Riverfront and H Street in terms of retail openings and rent prices?

Smith: It certainly has an authenticity to it. The one thing we focused on to put products into production is if it would meld into the neighborhood and not be out of character. We try to design each building to specific submarkets. We use the term "North End Shaw." It helps to categorize the projects together and be able to come in and deliver projects that delivered authenticity and created a critical mass. It wasn’t done in a piecemeal fashion.

Bisnow: JBG is known for its placemaking ability. What lessons had you learned from previous projects that allowed these to be successful?

Griffin: From the ground-floor retail perspective, we found that many of the tenants at The Shay were more comfortable taking a space that was mostly built-out. Many of these tenants were coming from web-based sales and didn't have the experience or ability to build a space out. So what we found would attract these tenants was to build something they could come into easily and add signing and merchandising to, as well as co-tenants they are working with throughout the country.

Bisnow: When do you plan to break ground on the other projects you have planned in the neighborhood?

Smith: We have two additional projects. Atlantic Plumbing parcel C, 943-945 Florida Ave, is two distinct towers with a bridge over a woonerf-style street that creates a distinct retail environment. Near that is 965 Florida Ave, a partnership with MRP Realty where Whole Foods [is] coming to the market. That lease is really helping to anchor the submarket and give it neighborhood amenities. In terms of Atlantic Plumbing, we’re putting finishing touches in order to start construction very soon and for 965 we’re still working on the final design.

Bisnow: How are you designing these projects to fit in with the neighborhood?

Smith: For our design of Atlantic Plumbing, we looked to both complement the existing projects in the area and also complement and differentiate. The residential units are a little larger, we've seen the demand from leasing Atlantic Plumbing A and have seen demand for that in the area. Also on the retail side we're looking to complement what’s there, because we have a holistic view of [the] area and are not just looking on a one-block basis. We're looking for what will make other retailers successful and also looking to add new variety to the submarket and obviously with Whole Foods that’s fantastic and makes it a really full-service area.

Bisnow: Any future plans for the area after those two projects are complete?

Smith: Not in the immediate future. One thing we do throughout DC is we try to concentrate projects in submarkets and the rising tide lifts all boats there. The success of these projects will lift the success of earlier projects and we look to continue that trend.