Last week we brought you major projects delivering this summer in Northern Virginia and suburban Maryland. This week, with the help of the Washington, DC Economic Partnership, here's a mix of residential, hotel and office delivering in DC. (The list doesn't include any major monuments. As that's our primary export, we really need to step up our game.) 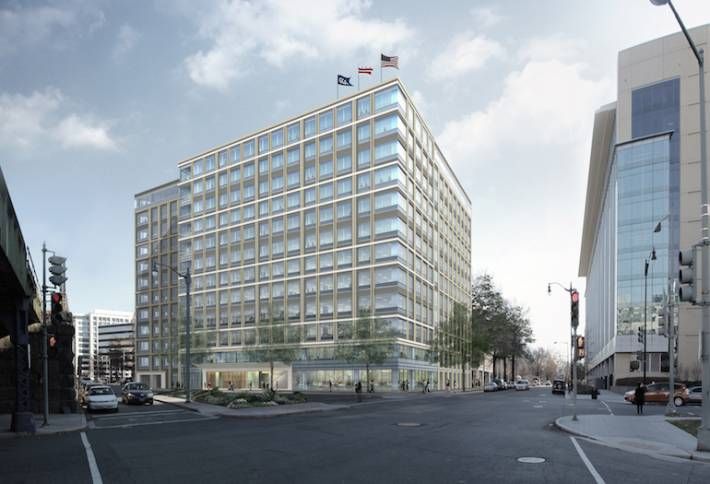 National Square delivers the first week of October (that’s still summer, right?) on the former DC Children and Family Services Agency site. Trammell Crow managing director Tom Finan tells us the firm bought the building a few months before the District agency moved to a newly renovated home on Virginia Avenue SE. Trammell Crow razed the 135k SF structure. The location allows for the development of up to 130 feet in height, while surrounding properties are limited to 90 feet. Tom says it makes for spectacular views of the Capitol, monument core and East End landmarks. There’s also flexibility for ground-floor retail, and he expects the building to attract a government tenant. It’s one of the few office projects delivering in the DC region in the coming months, and Tom says it was timed to deliver before competing products. The building is owned by AFL-CIO Building Investment Trust and advised by PNC Realty Investors. 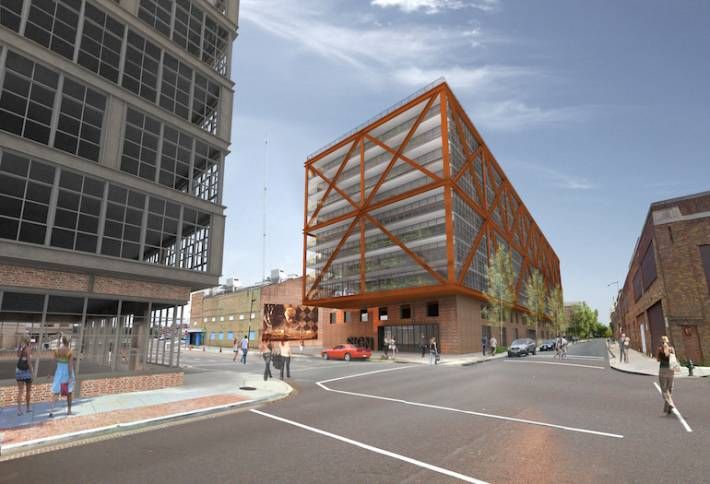 This mixed-use development, designed by Morris Adjmi Architects, included the redevelopment of the Atlantic Plumbing Supply building near Florida Avenue and 9th Street NW on two parcels. The first piece, at 2030 8th, is a 62-unit condo building that recently delivered, and the second, at 2112 8th St. NW, is a 310-unit rental apartment community delivering in August. Combined, both buildings will have 22k SF of ground-floor retail, including Landmark Theaters and the new HQ for the Washington Project for the Arts. The gum wall (created by people waiting in line to get into the 9:30 Club) was salvaged and will be featured in the building’s lobby, along with the painted-brick Atlantic Plumbing sign. 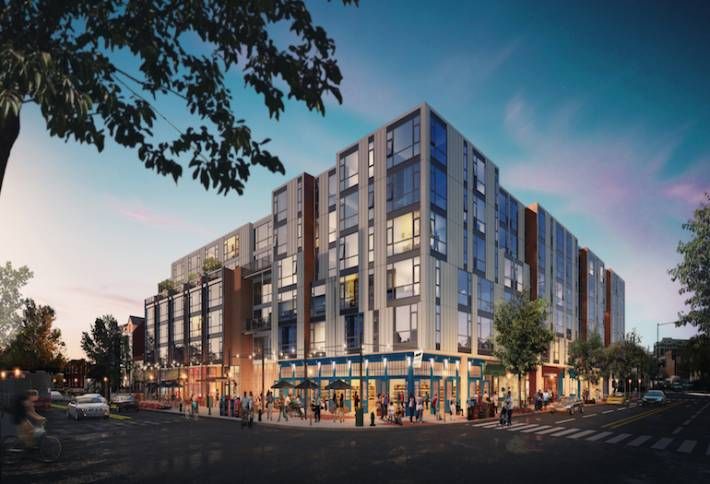 This mixed-use 2-building rental apartment community in the North End, near the U Street corridor, delivers in May. The project, designed to reflect the area’s arts history and modern personality, spans both sides of 8th Street NW. The project has a whopping 28k SF of retailers on the way, some well-known national brands. 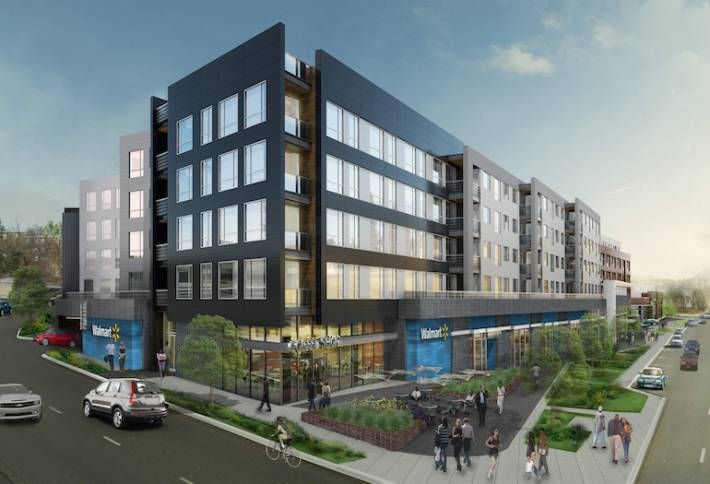 The first phase of this mixed-use development near the Fort Totten Metro will open in May with 350 apartments and retail. The project includes a 120k SF urban-format Walmart with a grocery store that will open later in the year and a KICK Fitness studio, exclusive to JBG. 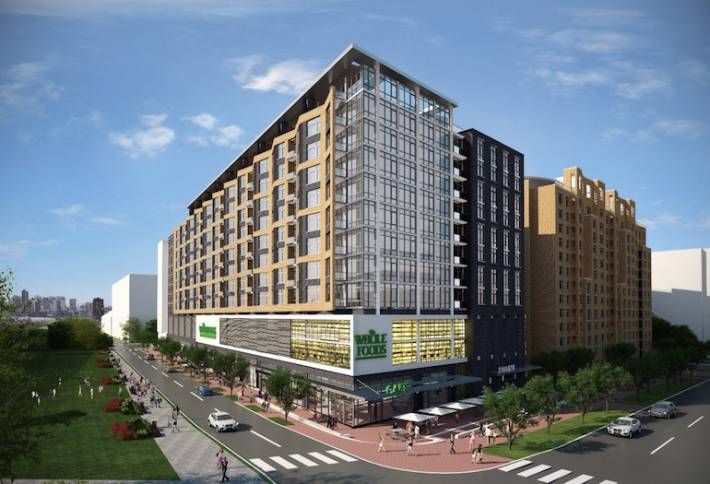 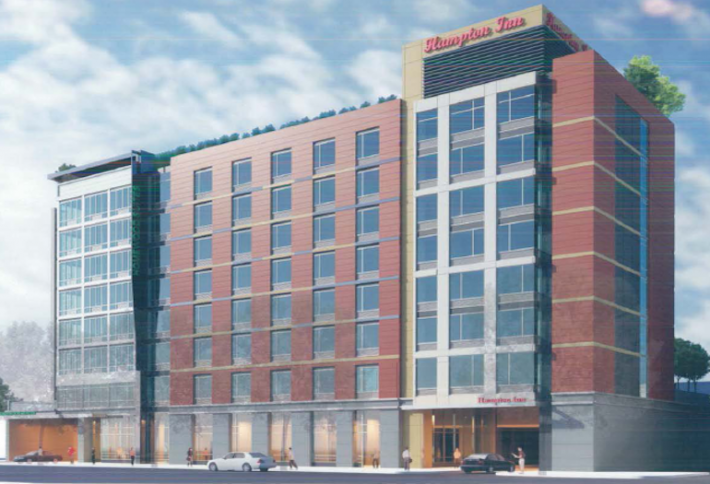 Homewood Suites and Hampton Inn hotels will replace the former 78-room Quality Inn with a 90-foot building and 115 parking spaces. Slated to open in August, the new hotels are part of Hilton’s expansion into urban markets. The company has 11 urban hotel openings slated for 2015, and seven more metro properties are on track for 2016. 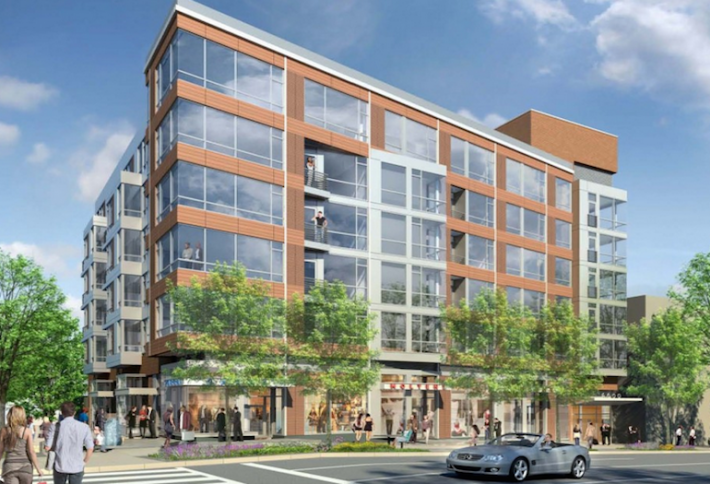 This mixed-use apartment project in Tenleytown is at the intersection of Wisconsin Ave and Brandywine. The new building sits on top of the former Babe’s Billiards building, and features over 19k SF of retail on the lower two levels and five levels of apartment units. It was the first new construction residential development in DC to receive approval to be built without parking. 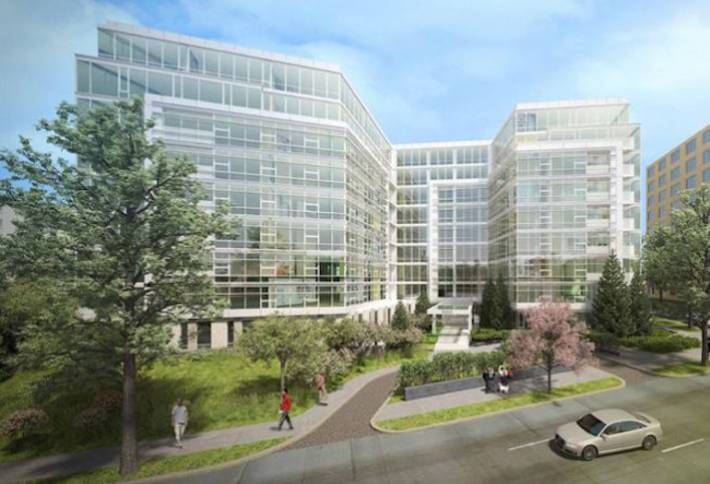 This project's design sparked some controversy in the community, but Cafritz worked with members of the ANC to make changes. Pre-leasing starts this summer; it offers amenities like floor-to-ceiling glass windows, hickory wood floors, community room, yoga room and fitness center. 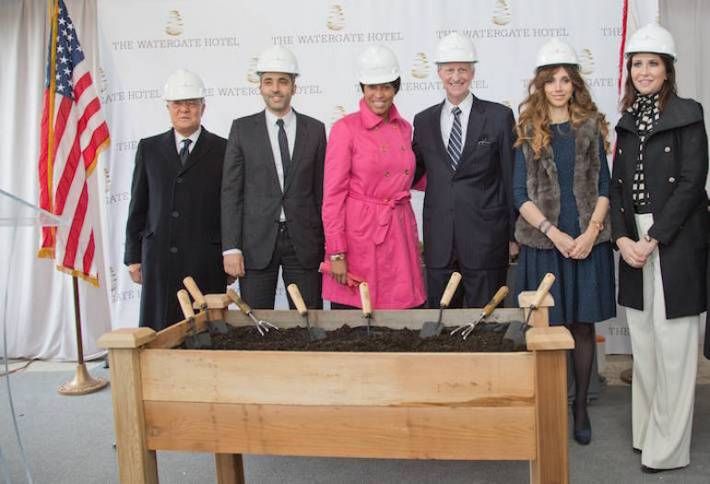 The famous Watergate is going through a $125M renovation that will add 340 rooms to the 12-story hotel, plus a new 17k SF meeting space and two new restaurants. Work includes gutting 13 vacant floors of the 277k SF building, replacing plumbing, electrical and mechanical systems and installing high-end, imported finishes. Euro Capital Properties bought the hotel in 2010 after an unsuccessful attempt to convert it to condos. 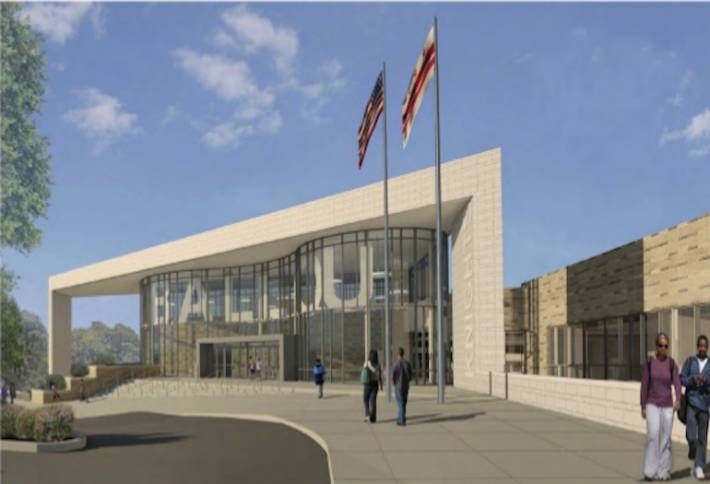