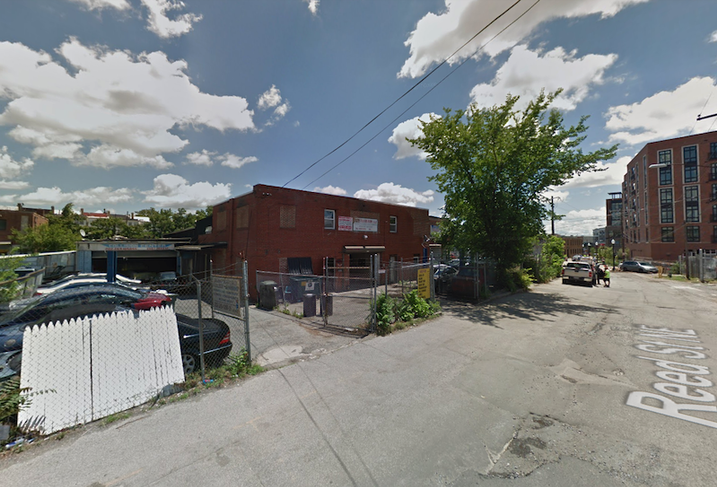 Trammell Crow has acquired a piece of land on the southern edge of the Brookland neighborhood where it plans to build a new development.

An entity controlled by Trammell Crow bought the site at 2607 Reed St. NE, about a quarter-mile from the Rhode Island Avenue Metro station, for $12.3M, a Monday filing in the D.C. Recorder of Deeds shows.

The seller, Adams Reed LLC, is registered to Douglas Development's headquarters. But Douglas principal Norman Jemal told Bisnow the owner of the property was Adams Investment Group, a boutique developer based in Georgetown. Adams Investment did not respond to a request for comment.

The site is currently occupied by used car dealership Washington Auto Sales & Center. It includes a two-story brick building facing Reed Street and a garage near the back alley, with a parking lot covering much of the site. It sits across the street from Brookland Press, the 296-unit apartment community Douglas Development delivered last year.

A Trammell Crow representative said the developer plans to build on the site, though the company could not provide more details. The parcel, with 49K SF of land area, has the same zoning designation as the Brookland Press site. Its MU-6 zoning allows for a mix of uses with buildings up to 90 feet in height and a floor-area-ratio of 6.0, increasing to 7.2 if the building includes affordable housing or other community benefits.

The deal represents the entrance of another major developer into Brookland, a Northeast D.C. neighborhood that has seen growing activity in recent years from new developments to restaurant openings. On the site of a nearby shopping center across the Red Line tracks, MRP Realty plans to break ground this fall on the first phase of its 1,450-unit mixed-use development, anchored by an Alamo Drafthouse Cinema.

One of the neighborhood's other major development sites, 901 Monroe, has sat vacant while developer Menkiti Group's plans have been stalled by appeals for five years. The D.C. Court of Appeals has vacated its approved planned-unit development application three times.

It remains to be seen whether Trammell Crow will pursue a PUD for its project amidst the city's wave of zoning appeals. MRP had previously sought a PUD for its Rhode Island Avenue project, but reversed course and decided to pursue by-right development, reducing the number of units it could build.

Trammell Crow is also moving forward on a three-building, mixed-use development in NoMa, Armature Works, that sits across from Douglas Development's Uline Arena. It is also a partner on the McMillan Sand Filtration Site project, which sits about a mile from its new Brookland acquisition. Both of those projects have been delayed by PUD appeals, though the Armature Works appeal has been dropped while the McMillan development remains in flux.