The owner of an approved 631-unit development site in Bethesda is looking to capitalize on Montgomery County halting any new residential approvals in the area. 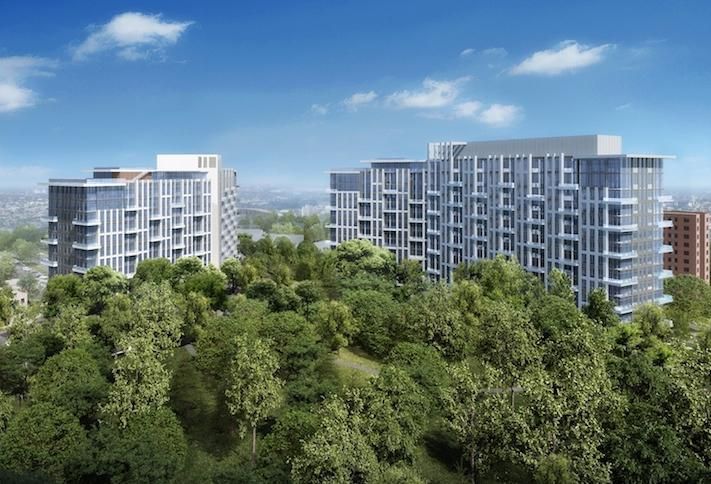 CBRE recently began marketing the 6-acre development site at 5151 Pooks Hill Road for sale on behalf of the owner, an affiliate of Quadrangle Development.

Montgomery County in 2017 approved a proposal for two multifamily buildings of up to 15 and 16 stories on the site. The project would include 631 units, with 95 of them set aside as affordable. The site was first eyed for development in 2012, and Quadrangle filed its development proposal in 2015.

While it is unclear how much the site would fetch given the development potential, the property was last assessed at $5.5M in 2017, property records show.

The project is part of the Walter Johnson School Cluster, one of several areas where Montgomery County last month instituted a one-year moratorium on new residential development approvals to deal with overcrowding schools. The Pooks Hill Road project's 2017 approval allows it to move forward while other projects in the area could be halted by the moratorium. The CBRE marketing materials listed this as one of the top three investment highlights for the site.

"While other planned developments without [approval] are now blocked from moving forward due to the moratorium that went into effect July 1, 2019, Pooks Hill Apartment Land has a comparative advantage in the now supply-constrained market," the CBRE marketing materials said. 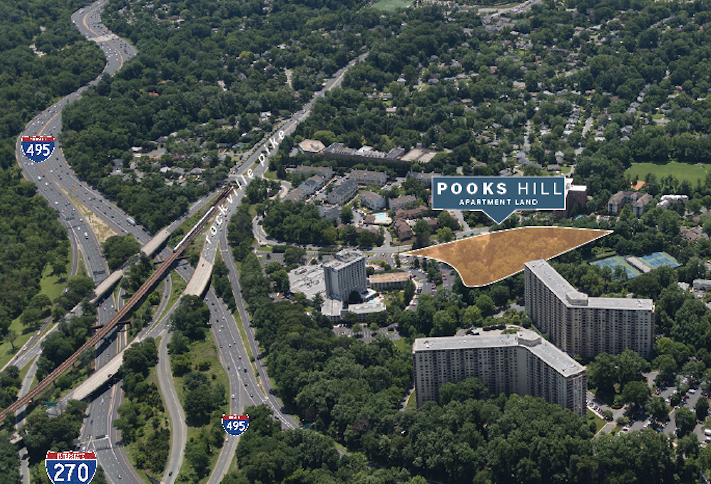 The other benefits CBRE's marketing materials highlighted were the project's location near employment centers and commuting corridors. The project sits next to the Bethesda Marriott near the interchange of the Rockville Pike and the Beltway. It is about a mile from the Walter Reed National Military Medical Center and the National Institutes of Health.

"It's a very good location; a great location," said CBRE Senior Vice President John Sheridan, who is on the team marketing the site.

Sheridan told Bisnow offers will likely be due on the property in mid-September. He said he expects the site to attract nationwide attention.

"The D.C. market continues to be a very good market for multifamily development, so we're getting some good activity," Sheridan said.

The development site is not within a mile of a Metro station, but Sheridan said he doesn't see that as a disadvantage, highlighting its proximity to major highways and employment centers. Much of Montgomery County's development is taking place around its transit stations, including Bethesda, White Flint and Silver Spring, and around the future Purple Line stops.