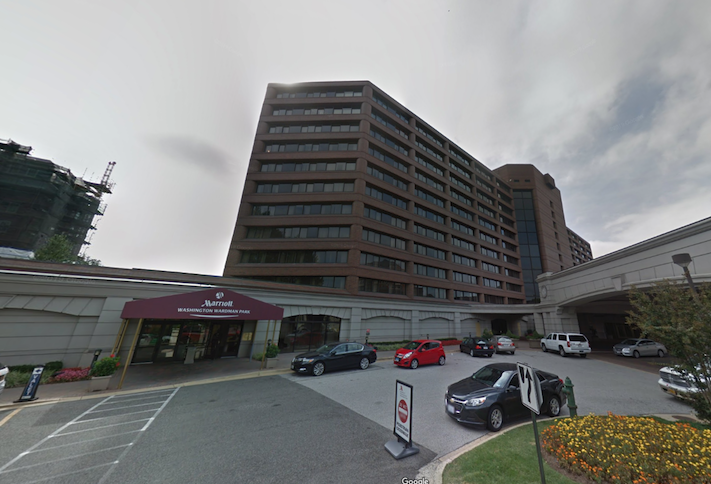 The historic Washington Marriott Wardman Park Hotel is at risk of closing after 102 years, potentially setting up a redevelopment of the large Northwest D.C. site.

Marriott International, in a statement to the Washington Business Journal, said it provided notice to employees about a potential closure, but a final decision has not been made. The hotel has been temporarily closed since March because of the coronavirus.

With more than 1,100 rooms, 53 suites and nearly 200K SF of event space, the hotel is the third-largest in the region, according to the WBJ. It sits near the Woodley Park Metro station at 2660 Woodley Road NW.

Pacific Life Insurance Co. owns a 67% interest in the property, with JBG Smith owning the remainder. The ownership group has not revealed its plans for the 16-acre site if the hotel closes.

In June 2016, The JBG Cos. — JBG Smith's predecessor before its 2017 merger — submitted a plan to the Zoning Commission to redevelop the property with nearly 1,300 residential units, but it withdrew that plan in September 2016.

JBG has developed two multifamily properties next to the hotel site. In 2014, it built The Woodley apartment building and then sold it for $920K/unit, a record at the time. In 2017, it restored the historic Wardman Tower into 32 high-end condos with prices as high as $9M.

CORRECTION, JUNE 25, 9:30 P.M. ET: A previous version of this story incorrectly stated that CIM Group owns a partial interest in the hotel property. It sold its interest in late February, according to a spokesperson.