From Hurricanes To Rooftop Bars: 5 Trends To Watch In Hospitality

In today's competitive hotel market, owners and operators are constantly looking for new strategies to give them a leg up and watching out for the issues they need to stay ahead of. Hospitality executives at the sixth annual Bisnow Lodging Investment Summit East shared several trends they are seeing, from the importance of placemaking and food and beverage concepts to the challenges of the labor market and disaster preparedness. 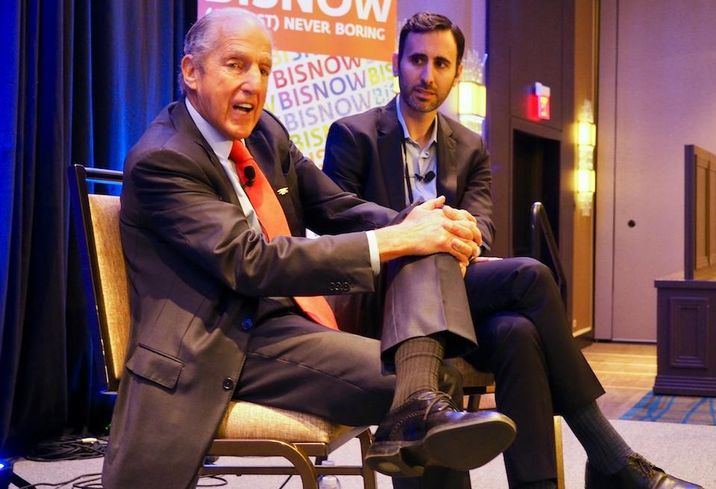 For The Cordish Cos. CEO David Cordish, the success of a hotel comes from the atmosphere of the surrounding area. That's why the developer has focused on creating large-scale entertainment districts that draw visitors and leverage popular attractions like sports stadiums.

"What we learned trying to do placemaking was it wasn't easy to come up with a hook," Cordish said. "Eventually what we drifted into was entertainment districts as our hook, and that's become a core of Cordish development."

Cordish, the owner of the Live! hospitality brand, has completed or is planning entertainment district developments in Maryland, Philadelphia, St. Louis, Arlington, Texas, and other cities.

"Lots of developers do mixed-use projects, the secret sauce of our company has been all of these projects have as a central core the Live! entertainment district," Cordish said. "What we discovered is that people want to be with other people, so you need to create entertainment. It turned out that's the one thing Amazon can't compete with, they can't deliver a social experience." 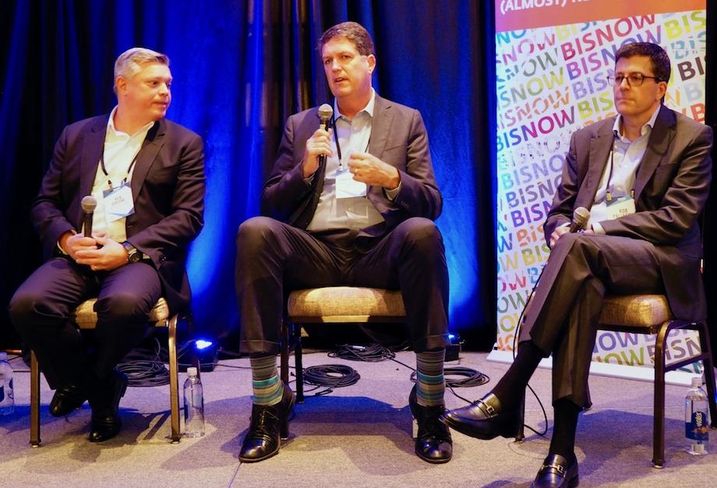 The U.S. unemployment rate in September dipped to a 49-year-low of 3.7%. The tight labor market has created heated competition among hotel companies to attract and retain talented employees, leading employers to put a greater focus on company culture.

Hilton President of Americas Danny Hughes said it is important to establish clear ladders for employees to advance in their careers so they don't look elsewhere for better opportunities.

"It's about creating opportunities for people to grow," Hughes said. "You need to identify the best talent and treat them differently, and go out of your way to give them room to grow."

While the hunt for talent is commonly associated with high-paying, competitive jobs, the hospitality industry is propped up by thousands of low-wage workers. The macroeconomics surrounding that labor pool is concerning, Hospitality Investors Trust CEO Jonathan Mehlman said.

"An hourly employee cleaning a room, it’s hard labor. It’s not fun," Mehlman said. "We’re not losing people to the Ritz-Carlton or the JW Marriott, we’re losing them to Walmart, Amazon or Winn-Dixie, and they’re getting paid $14/hour. Would you rather work a register all day or clean a bathroom? That’s the problem right now in our business." 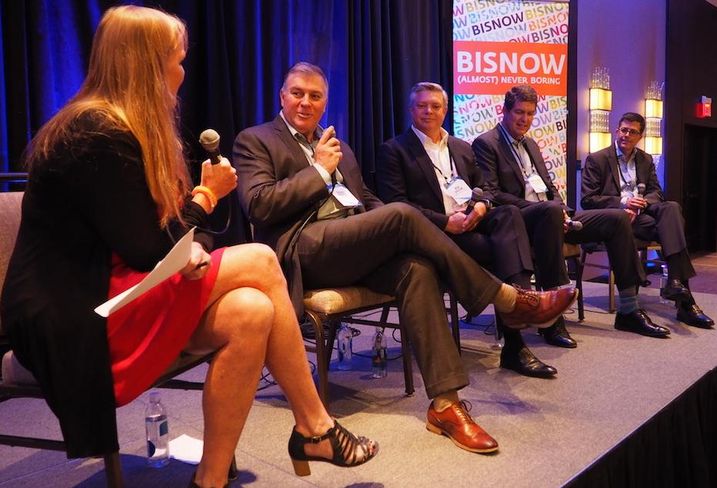 The string of devastating hurricanes over the last few years has created a pressing challenge for hotel owners, who not only want to protect their investments, but also provide shelter for first responders and for those fleeing the storm.

Hughes began his new job as Hilton's president of Americas in the second week of September, just days before Hurricane Florence barreled down on the Carolinas. Hilton had nearly 300 hotels in areas with mandatory evacuations, which he said the company took seriously and fully complied with. But it set up rapid response teams directly outside the evacuation zones to go in as soon as the order was lifted and check on the hotels.

"We had people ready and hunkered, so as soon as it was safe to go, they went in," Hughes said. "Then very quickly when the first responders arrived we were able to have the first places in the market that were open to them."

"The issue is natural disasters continue to grow," Palleschi said. "What we're advocating pre-storm is access back to the properties. If the property is closed, we're imploring local fire and police departments to help us get in quickly. It's not for the sake of commerce or making a buck, it's to get those properties cleaned and house first responders." 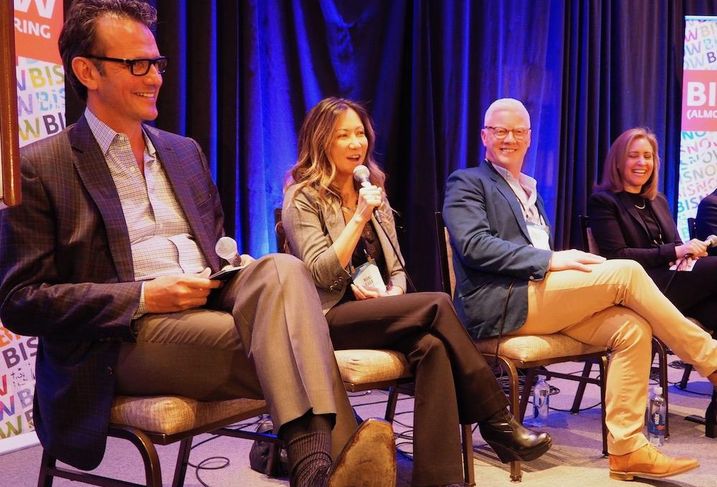 Hotel operators have long focused on revenue per available room, but some say it is increasingly important to find ways to generate revenue outside of the rooms. Food and beverage options were once an afterthought but have now become a central focus of a hotel's strategy.

At Chartres' hotels, Bara said she looks to add rooftop bars, beer gardens and lounges where people spend money on drinks to activate spaces that were previously underutilized. While they once may have had a small bar in the lobby, she said they now turn the lobby into a lounge where drinks can be served throughout the entire area.

"We're trying to make every square inch revenue-generating," Bara said. "At our hotels, we encourage the entire lobby to be somewhere where you can have food and beverage. It turns into a whole lounge living room area." 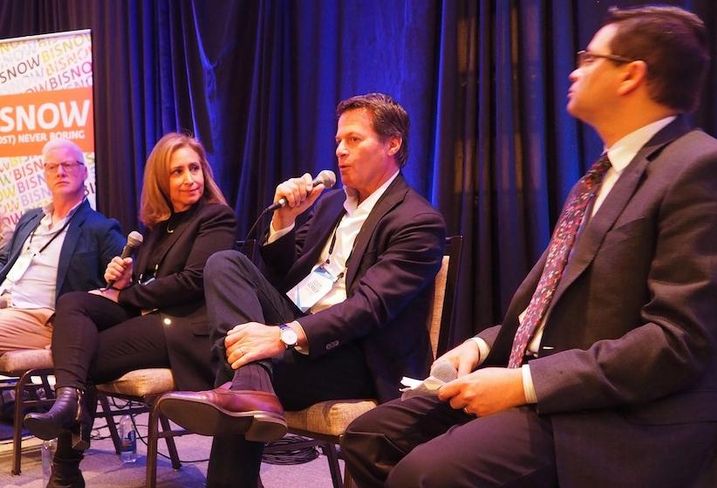 Popular food and beverage offerings can also be a way to bring local residents into a hotel to give it a more authentic feel for guests.

"The only way to have successful food and beverage in a hotel is to embrace locals," Gerber Group CEO Scott Gerber said "If there are no locals, guests are going to go elsewhere to find that experience."

Gerber operates the popular Mr. Purple rooftop bar on the 15th floor of the Hotel Indigo on Manhattan's Lower East Side. He said the bar brings in 2.5 times more revenue than any of the other concepts the company runs. Gerber now plans to open a rooftop bar at The Wharf's Intercontinental Hotel in D.C.

"People choose to stay in that hotel over another to get into Mr. Purple when we're at capacity," Gerber said. "Not only is it adding value by having a great business, but by creating higher occupancy rates and higher daily rates."

The Gettys Group CEO Roger Hill agreed that being popular with the locals is key for the success of a hotel bar or restaurant.

"In today's competitive hotel landscape, if you want to really be successful, you want your guests to feel like they're in the know," Hill said. "When you're going to a place where the locals are having fun and want to be there, it gives you the feeling of 'I'm in the right place.'"

CORRECTION, OCT. 25, 3:40 P.M. ET: Gerber operates the Mr. Purple rooftop bar atop Manhattan's Hotel Indigo, but it does not own the hotel, as a previous version of this story incorrectly stated. The story has been updated.