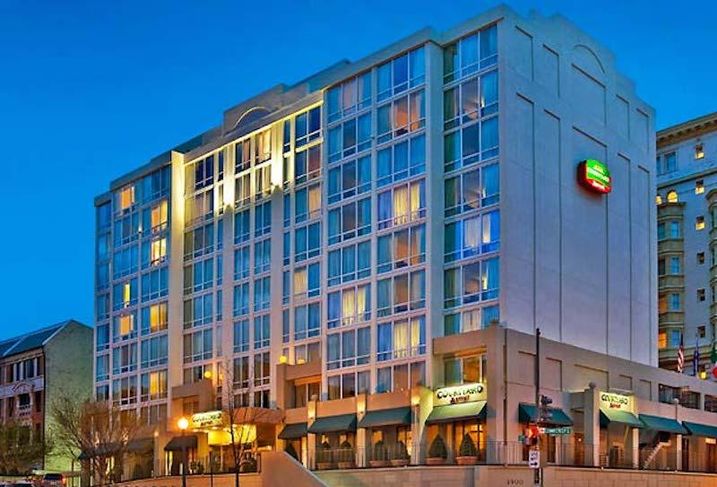 Chevy Chase-based Capstone Development has sold a Dupont Circle hotel as it prepares to open a new 530-room hotel project in Shaw.

Capstone acquired the 147-room hotel in 2013 for $42.8M, property records show. It then launched an extensive renovation in 2014, upgrading the lobby, rooms, parking deck and building facade.

"We did a pretty expansive exterior renovation where, if you drove by there four years ago, it looks like a different building," Capstone founder and President Norman Jenkins tells Bisnow.

The hotel's amenities include a fitness center, a pool, meeting space and The Bistro, a café serving breakfast in the mornings and cocktails in the evening. The building sits a half-mile north of Dupont Circle, directly across the street from the Washington Hilton.

Capstone owns over 25 hotels across the country. It is currently partnering with Quadrangle Development on Columbia Place, a dual-flag hotel project at Ninth and L streets NW in Shaw. The project will deliver later this year with a 310-room Courtyard by Marriott and a 230-room Residence Inn by Marriott. Jenkins said that opening factored into the timing of its decision to sell the Dupont Circle property.

"We underwrite everything to own for five years, sometimes we hold longer than that and sometimes we hold less," Jenkins said. "We're opening two new hotels in D.C. in a couple of weeks, so it's just a way to balance out our risk profile in D.C."