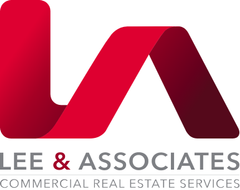 As soon as Amazon announced its intentions to open a 25,000-worker second headquarters in Crystal City, commercial real estate professionals began predicting a rapid rise in the cost of properties across Northern Virginia.

Fourteen months later, the “Amazon effect” is starting to kick in. Interest in development and real estate even seems to be outpacing the steady rise in construction costs as local players ready themselves to catch the wave of HQ2.

Properties are trading for values never before seen in the Northern Virginia market, according to Josh Simon, president for the Washington region at real estate services firm Lee & Associates. Simon pointed to Comstock’s recent purchase of the Hartford building at 3101 Wilson Blvd. in Arlington. The 211K SF building, which is 90% leased, sold in January for $128.75M, the Washington Business Journal reported.

“If you had told me two years ago that an office building in the Rosslyn-Ballston corridor would trade for almost $600 per SF, I would not have believed you,” Simon said. “It’s a signal of how much Amazon has affected this marketplace.”

To justify that price tag, Simon estimated that the property would have to lease at more than $50 per SF, given the incentive packages that landlords are providing tenants. Even with vacancy rates higher than they have been historically, Simon said the sale is a clear indication that rental rates are headed up in the R-B Corridor.

Even more impressive, perhaps, was the recent sale of The Meridian Group’s National Gateway II, which sits between Potomac Yard and Crystal City, two neighborhoods where Amazon intends to house many of its employees. Though it is 74% vacant, the 238K SF building sold for almost $60M.

“Investors weren’t biting on that property for a very long time,” Simon said. “That’s a Class-A office building, which requires a full lease-up, so while folks may think the price-per-pound was high, I believe it was a shrewd purchase, not just with Amazon but the future Potomac Yard Metro stop, as well as where fully capitalized properties are trading for.”

With the possibility of as many as 50,000 new Amazon-related workers moving to Northern Virginia, local residential projects are also seeing boosts in interest. Lee & Associates has brokered record-setting sales for residential and mixed-use development sites, including at 2401-2525 Mount Vernon Ave. in Del Ray, and 1200 North Henry St. and 701 North Henry St. in Old Town Alexandria.

Simon said he has received a barrage of developer interest for two properties along South Glebe Road in Arlington. The sites, which are a nine-minute drive to National Landing and even closer to Potomac Yard, have already been permitted and zoned for 16 townhouses. The sites are among the few residential parcels that could be ready when Amazon’s new buildings begin opening.

“If you own anything in this corridor, especially with development potential, we should be talking to one another,” Simon said. “This particular asset is ready for a shovel within the next 30 days, which is extremely attractive, but we’ve sold a number of properties that required zoning approval and are seeing record highs on [floor-area ratio] land values.”

By starting construction as soon as possible, developers won’t just be ensuring that their projects are ready for new arrivals, they will also be locking in lower construction costs. The already sky-high price of labor and materials for commercial construction is forecast to rise nationwide and Northern Virginia is no exception.

The rising costs of land, construction and labor act as countervailing forces, Simon said. While one might think that land and building prices would adjust downward as labor prices rise, the opposite has occurred, and Simon said many investors are complaining about how challenging it is to make sense of equity and return metrics and find an opportunity in Northern Virginia.

“One has to have a belief in where rental rates will appreciate,” Simon said.

Simon and his team at Lee & Associates dedicate much of their work to identifying sites where a developer could create density, or come up with a creative leasing strategy to add value. Often, Simon said, these will be single-story retail centers or underutilized industrial assets that can be rezoned for greater height. By building up or retrofitting an existing asset, a developer can execute on a new vision more befitting of Northern Virginia's urban future.

Even as property owners raise their asking prices as Amazon’s arrival becomes more imminent, Simon is confident about the opportunities that remain in the area. Middle-market firms that may not have the cash reserves to compete in the dense downtown of Washington may find they can see greater yields in Northern Virginia.

“There is still space to be smart in the middle market, which is one of the main reasons why I came over to Lee & Associates,” said Simon, who joined the firm as president in July. “Since the larger brokerage firms concentrate the majority of their efforts on institutional-level assets in excess of $50M in underlying value, the middle-market space continues to be wide open and full of opportunity.”