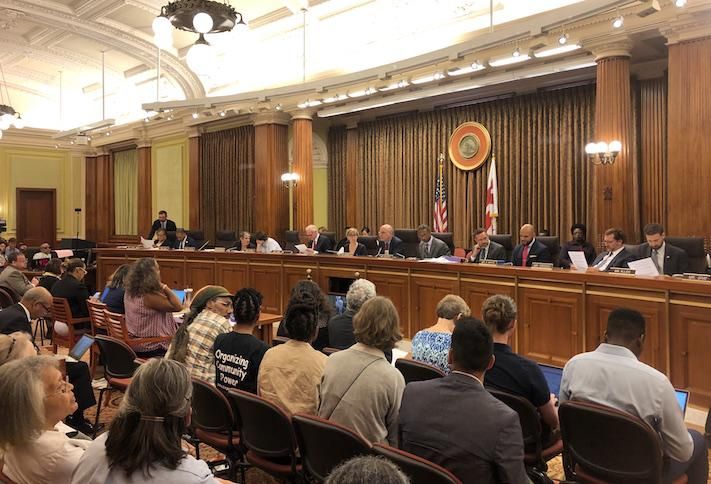 The D.C. Council has postponed a key vote on the District's Comprehensive Plan after planners and housing advocates raised concerns over a recent addition to the bill.

Council Chairman Phil Mendelson removed the final vote on amendments to the Comprehensive Plan's Framework Element from the agenda for Tuesday's legislative meeting and rescheduled the vote to Oct. 8, his spokesperson, Lindsey Walton, confirmed.

“We’ve received a number of comments, most of these before first readings but more discussion since then, to address issues of displacement and promoting affordable housing and so we’ve been working on what I would call tweaks to enhance what the document says with regard to those issues," Mendelson said during a Monday press conference.

D.C. Planning Director Andrew Trueblood sent Mendelson a letter last week detailing concerns over additions to the amendments that he said could make it easier for development opponents to delay projects by appealing them in court. He called for the additions to be removed or significantly revised. Advocates including Coalition for Smarter Growth shared Trueblood's concerns and supported his recommendations.

A wave of appeals in recent years has blocked multiple projects and delayed dozens more that could create thousands of new housing units across the District. The Office of Planning sought to stem the tide of appeals by creating more clarity around the process through the Comprehensive Plan amendments, which it introduced in January 2018.

The council held a hearing in March 2018 on the Framework Element, the introductory section of the lengthy Comprehensive Plan document, and passed it on the first of two votes in July. Once it approves it with a final vote, the Office of Planning plans to introduce its amendments to the remainder of the Comprehensive Plan.

CORRECTION, SEPT. 16, 5 P.M. ET: Phil Mendelson is the chairman of the D.C. Council. A previous version of this story's headline misstated his title. This story has been updated.