Four large Loudoun County sites have sold this month to data center developers as they race to scoop up land in what is by far the world's hottest market for data centers. 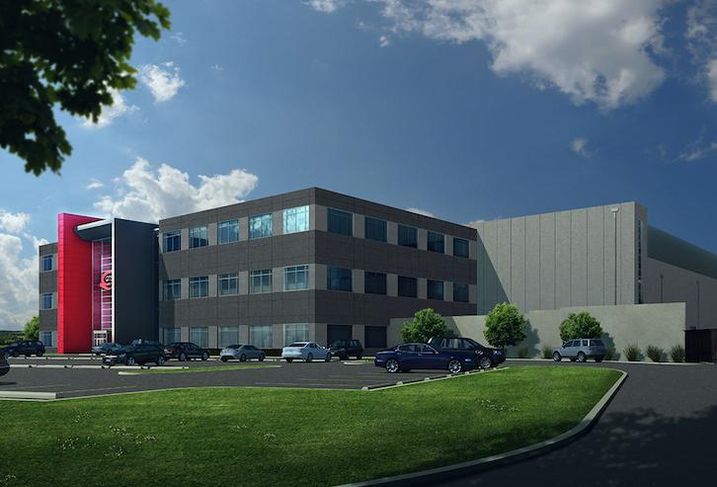 "Demand has not slowed down; in fact, I would say demand is hotter than ever," Loudoun County Economic Development Executive Director Buddy Rizer said. "There is a definite shortage of large parcels."

Two large-scale Loudoun County parcels — a 424-acre site next to Dulles Airport and a 78-acre plot near the Route 606-Route 128 intersection — have sold to developers that plan to build data centers. Two smaller sites — 26 acres in Ashburn and 37 acres in Sterling — have also been tapped for data center development in deals announced this month.

The surge of land acquisitions for data centers comes after Northern Virginia experienced sky-high data center absorption in the first six months of 2018. The market absorbed 168.3 megawatts of data center space in the first half of this year, according to JLL, more than six times the next closest city. 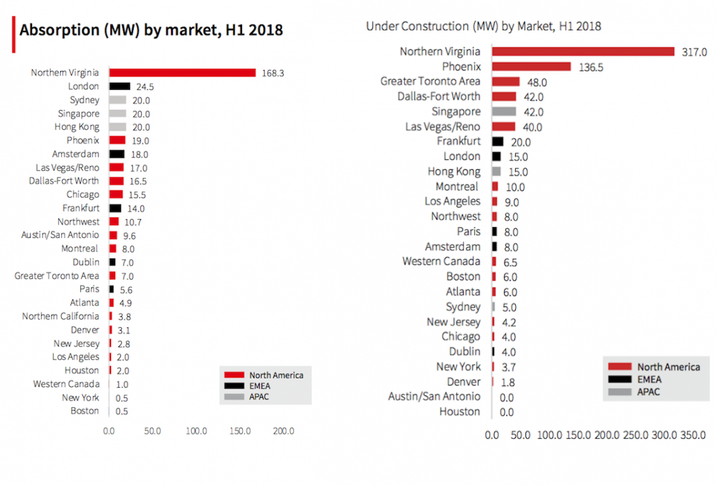 The new land acquisitions will add data center space to a pipeline that is already significantly larger than any other market. Northern Virginia had 317 MW worth of data centers, or roughly 1.7M SF, under construction and another 328 MW planned as of Q2 2018, according to JLL. Its existing inventory as of Q2 was 920 MW, or roughly 5.6M SF.

Among the data centers currently under construction is a $1B project from Vantage Data Centers, the largest in its portfolio. The California-based developer broke ground in March on the first phase of a project that will eventually bring five buildings totaling 720K SF and 108 MW of data capability, one of the largest in the world.

The demand to fill the region's new supply of data centers is being driven by hyperscale users, large technology companies such as Google, Amazon and Facebook that scoop up massive chunks of data center space. According to Cowen & Co. research, the hyperscale data center market generated just over $30B of revenue in 2017. By 2022, that number is projected to hit $222.4B.

"At the end of the day, these hyperscale deals are the game changer for this market," said CBRE senior associate Jamie Jelinek, who works in the firm's Data Center Solutions group. "We're really not seeing that in any other market just yet."

Google in November bought 148 acres of land between two sites in Ashburn and Leesburg to build data centers. COPT plans to build data centers next to the Waterside development on Route 606 that will be filled by Amazon Web Services. The leader in cloud computing services, AWS already has a major footprint in Northern Virginia.

"This is their largest market in the world and there continues to be intense demand for them here," Rizer said of AWS. "We work with them almost on a daily basis finding the right solutions." 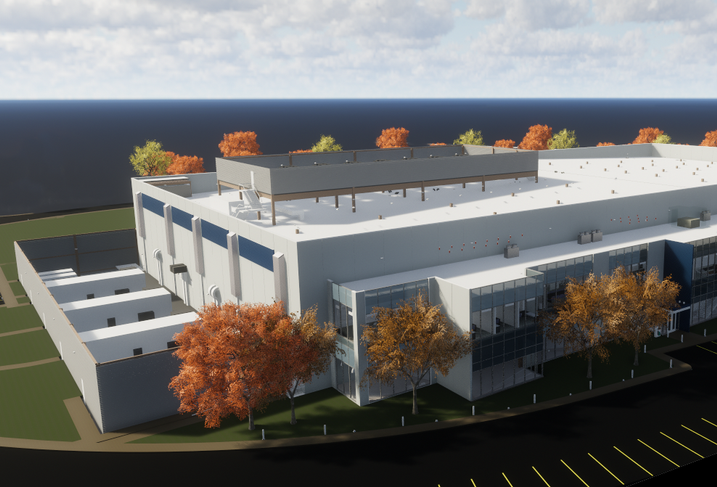 All of the construction activity has created a scarcity of land available for data center development in the area.

"There are no sites left of significant size available in the market," Jelinek said. "But what you have is a lot of providers who have land banked and gobbled up sites for longer-term deliveries. With demand being where it is, I think a lot of providers will start needing to develop that capacity sooner than anyone had anticipated."

"You would not build a single-story building in lower Manhattan, so why would you do the same thing in Ashburn if ground is so important and you're only going to have so many opportunities," Tucker said.

Tucker does not expect demand for Northern Virginia data centers to slow down any time soon. He thinks the market could record 200 MW to 300 MW of annual absorption going forward. Rizer is also optimistic that Loudoun County will continue to dominate the data center market.

"This is the most competitive and most well-known market anywhere in the world for data centers and data storage and tech," Rizer said. "I think we'll probably double in size."