Crystal City Is Getting Greener, Thanks To Investment In Open Space 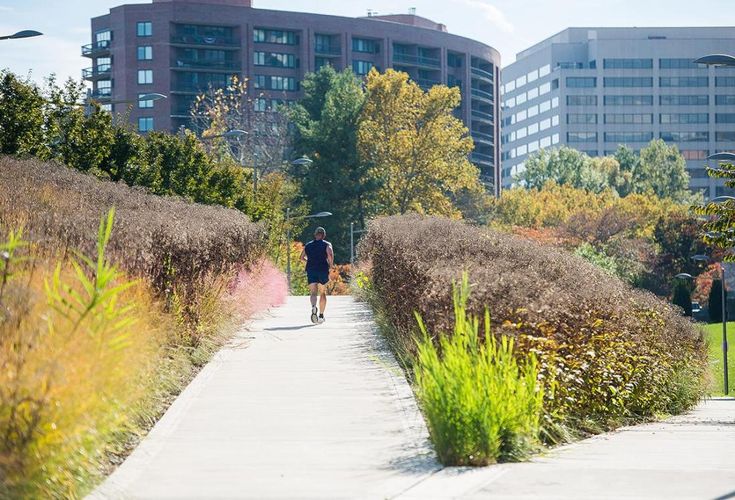 Demand for walkable urban centers is stronger than ever. But beyond a mix of housing and ground-floor retail, people and businesses are flocking to areas with high-quality green space.

A stroll through Crystal City, Virginia’s largest walkable downtown, reveals a large inventory of greenery and open spaces within a 10-minute walk. In addition to neighborhood parks like the Crystal City Water Park, visitors and residents enjoy access to numerous open spaces and recreational assets.

Several new investments, public and private, will bring more open space to this corner of Arlington, where the park system was recently ranked fourth in the nation by the Trust for Public Land.

Bisnow highlights six of these new additions to the area. 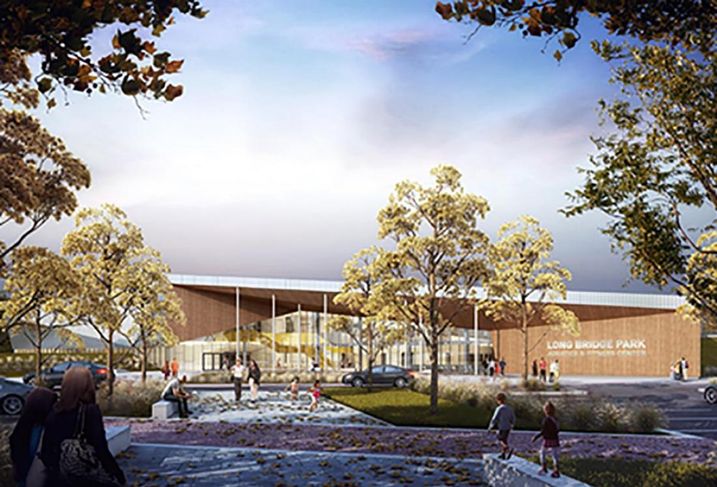 Long Bridge Park will be getting a long-awaited expansion when Phase 2 of the Long Bridge Park Master Plan breaks ground this summer. Expected to be completed in 2021, the plan includes an additional 10 acres of park space, an extension of the popular esplanade overlooking Roach’s Run Waterfowl Sanctuary and a new 73K SF aquatics and fitness center.

The center will feature a 50-meter pool for swimming, competitions and classes, as well as a smaller leisure pool for recreational swimming and therapy for seniors. Residents and Crystal City's workers will also be able to use a 10K SF fitness center with free weights, cardio equipment and space for fitness classes. 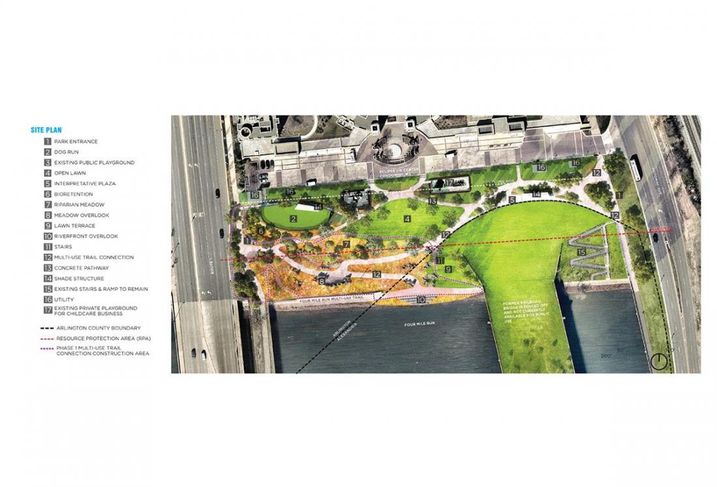 On the other side of Crystal City, the future Short Bridge Park will serve as the southern counterpoint to Long Bridge Park. The first phase of the 3.5-acre park, expected to be completed in 2019, will include a safer pedestrian and bicycle connection to the Four Mile Run trail, providing direct access to the region’s trail network. The park will also include a 4,500 SF dog run.

Short Bridge Park will eventually connect to Alexandria’s future Crescent Park as part of a collaborative master-planning effort that will enhance over 2 miles of channelized flood control infrastructure. Together, the parks will serve as a link between the Crystal City area and the new 7.5M SF of mixed-use development slated for Potomac Yard in Alexandria. 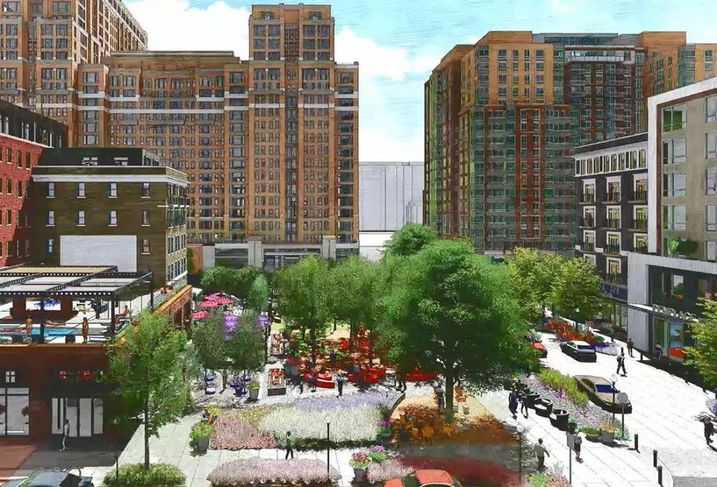 Courtesy of JBG Smith
A rendering of 12th Street Plaza

A former pedestrian cut-through, 12th Street has been transformed into a bustling main street and new center of activity connecting Crystal City with Pentagon City.

JBG Smith's plans for the first phase of PenPlace add to this new energy with two residential buildings containing 300 residential units, 40K SF of retail and a new half-acre 12th Street Plaza, located in the heart of the project. The plaza will be a green space with ample seating, shade trees, an open lawn and a water feature.

New restaurants with outdoor dining will line the plaza and all of 12th Street, creating a dynamic new streetscape. 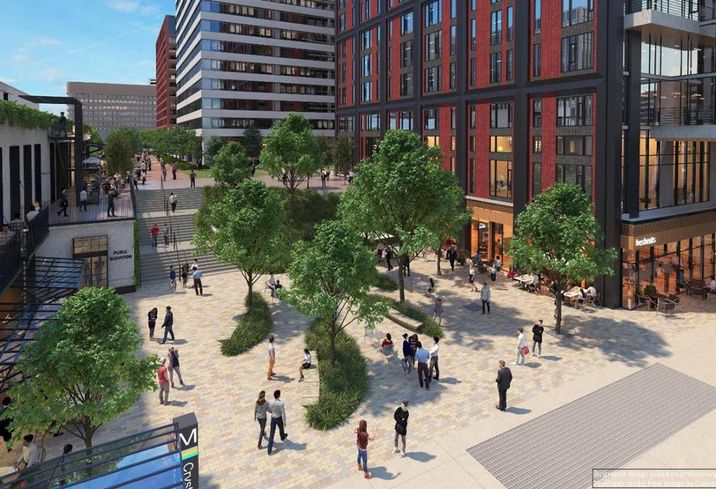 Courtesy of JBG Smith
A rendering of Metro Market Square 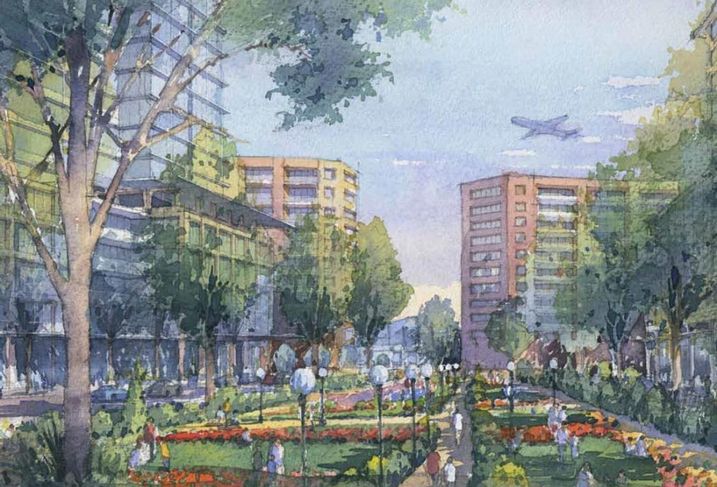 Upcoming construction work to narrow 15th Street South will create the space necessary for the 33K SF 15th Street Garden Park in between the eastbound and westbound lanes of the street. The lush plantings and open space will enhance walkability along an important east-west connection between Crystal City and Pentagon City. 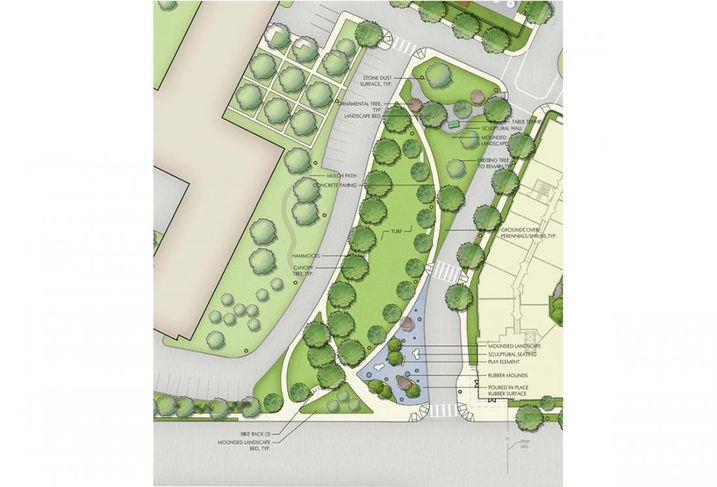 Courtesy of Roseland Residential
A site plan for Eads Park