DC is home to its fair share of legacy family developers. Some of its most prominent development booms, like post-World War II, have been championed by a select few individuals, who have passed on the family business for generations. 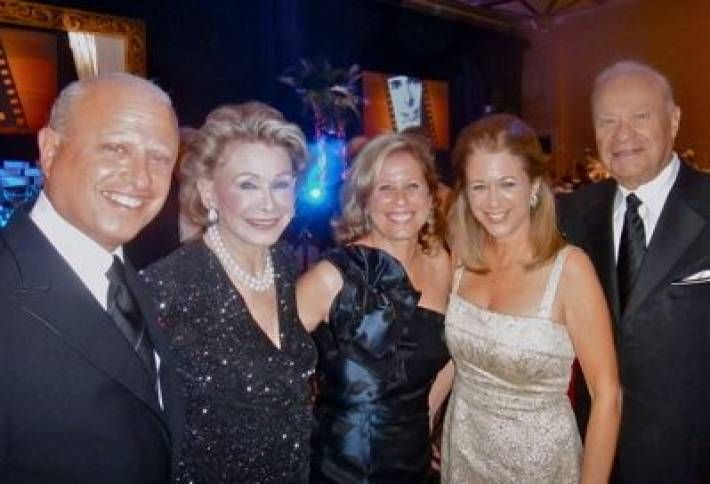 Founded: 1952, when Ted Lerner borrowed $250 from his wife to start the company.

The Founder: Theodore Lerner, one of the richest men in America, with an estimated net worth of $4.9B as of March 2015.

Famous Properties: Where to begin? Lerner Enterprises has developed Chelsea Piers in New York and owns a massive part of Tysons Corner, including Tysons Galleria, the Ritz-Carlton and six office buildings, including the under construction 1775 Tysons Blvd. The Lerners own the Nationals and Nationals Park, and have a minority stake in the Capitals, Wizards and Mystics. They partnered with Tower Companies (more on them later) to build Washington Square in DC and the White Flint Mall.

Famous Members: Ted (right) is the founder, and for years worked in partnership with his brother, Lawrence, before the two had a falling out in the early ‘80s. Mark Lerner (left) is a principal at the firm and Ted’s successor. Ted’s two son-in-laws, Edward Cohen and Robert Tanenbaum, are also in the family business after marrying daughters Debra and Marla, respectively. Annette is next to Mark, and she and Ted are bookending Marla and Debra. 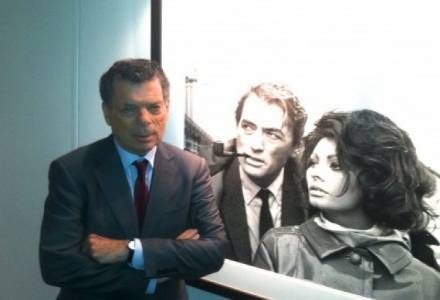 The Founder: Morris Cafritz, a Russian immigrant who's also well-known for his charitable works. The foundation he started with his wife, the Morris and Gwendolyn Cafritz Foundation, gives tens of millions to the arts and charities every year.

Famous Properties: The Cafritz family is responsible for much of DC’s downtown development, building 12-story office buildings all along K Street and in the CBD. The Cafritz Co was the most prolific office builder in DC in the ‘60s. Morris’ lineage continues to develop, with son Conrad the founder and CEO of Cafritz Interests, who repositioned Washington Harbour in Georgetown in the late 1980s and renovated the Social Security Administration’s 800k SF offices in Baltimore. The Cafritz’s old house is now the Field School.

Famous Members: Morris and Gwendolyn’s children are Conrad (pictured), who also owns Modus Hotels and NOVUS Residences, Cafritz Interests’ hospitality and residential arms; Calvin, who has run the foundation since 1989 as chairman and 1993 as CEO; and Carter, who launched his own tech firm in the late ‘90s. 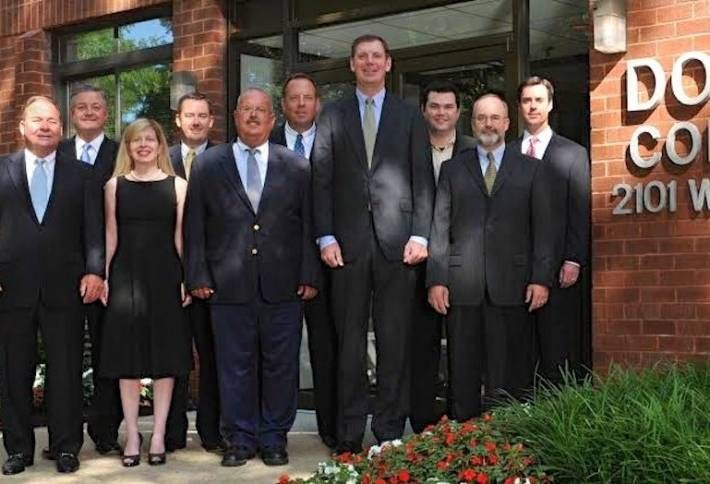 The Founder: John F. Donohoe, who started by selling houses on Capitol Hill. (Back then, the line to get into Rose's Luxury was only a half hour long.)

Famous Properties: Donohoe has five different divisions under the corporate umbrella in construction, hospitality, development, real estate and facilities management. The real estate division manages the National Guard Memorial Building. The development division focuses these days largely on suburban Maryland, with the Gallery Bethesda apartments and The Rugby in Woodmont Triangle in Bethesda. 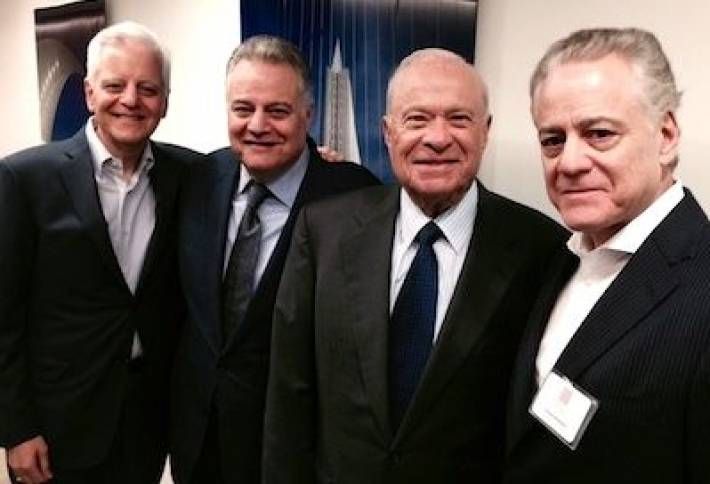 The Founder: Albert “Sonny” Abramson, one of the titans of DC philanthropy and real estate through Tower Companies, who died three years ago.

Famous Properties: Although he didn’t develop it, Sonny will always be most closely tied with the United States Holocaust Museum, where he served as chair of the building and development committees. He developed the Landover Mall, co-developed White Flint Mall and Washington Square with childhood friend Ted Lerner (yeah, the guy from the first slide). The company’s proudest achievement is the most environmentally friendly buildings in the region, and emphasizing sustainability before it was cool.

Famous Members: Sonny is the godfather, and son Jeffrey has taken over at the helm, along with his brothers Ronald and Gary, all pictured here with Ted Lerner. 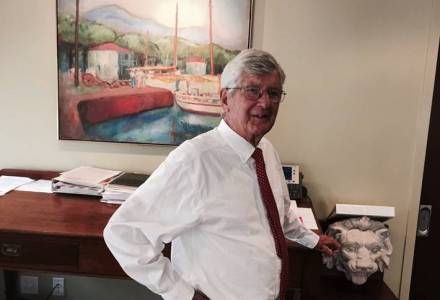 The Founder: Solomon Carr, the grandfather of Oliver T. Carr, Jr., who brought the family to prominence and fabulous wealth in the District in the 20th century.

Famous Properties: Ollie is likely most well-known for rescuing the Willard Hotel, which Carr Hospitality runs with InterContinental Hotels. The family also built International Square, Metropolitan Square and dozens of other buildings in the District. He’s credited as one of the developers to bring DC back to prominence after the Martin Luther King Jr. assassination riots.

Famous Members: Ollie is the patriarch, and he runs Carr Workplaces, a coworking company with locations all over the city. He and son Tom, who was Pres. and CEO of CarrAmerica, sold the public company to Blackstone for north of $6B in 2006. Tom then joined Federal Capital Partners, where he is one of the four managing partners today. Oliver Carr III has been running Carr Properties, which owns the Washington Post building, 2001 Pennsylvania Ave and dozens more. Another son, Bob, was the president of urban development at CarrAmerica and is the vice chairman for development at Carr Properties. 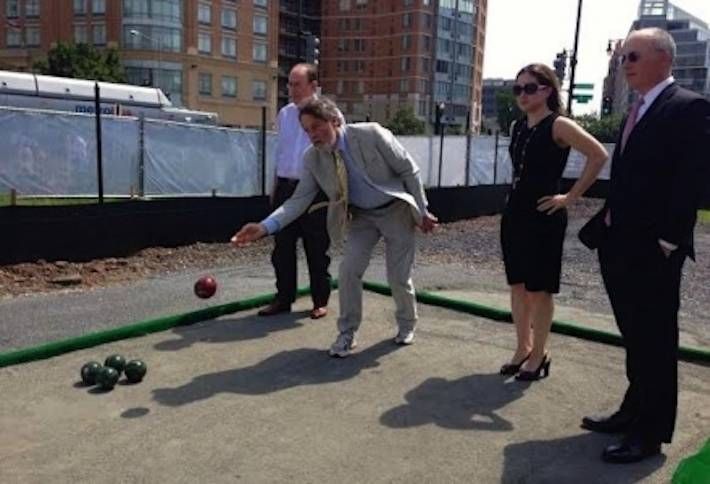 Founded: Technically, in the late 1800s thanks to patriarch Jay Gould.

Famous Properties: The Goulds own PMI Parking, so be sure to ask them to validate next time you see them. The family also owns two breathtaking buildings in the East End, 900 New York Ave and 600 Massachusetts Ave. They’re building Konterra, a $3B, 2,200-acre expansive mixed-use center along I-95 in Laurel. The Gould family also built Market Square on Pennsyvlania Avenue.

Famous Members: Kingdon Gould Jr. founded the company, and he’s a proud nonagenarian and two-time US ambassador (Luxembourg, then the Netherlands). Kingdon III runs the business interests now with his brother, Caleb, and enjoys rooftop bocce. 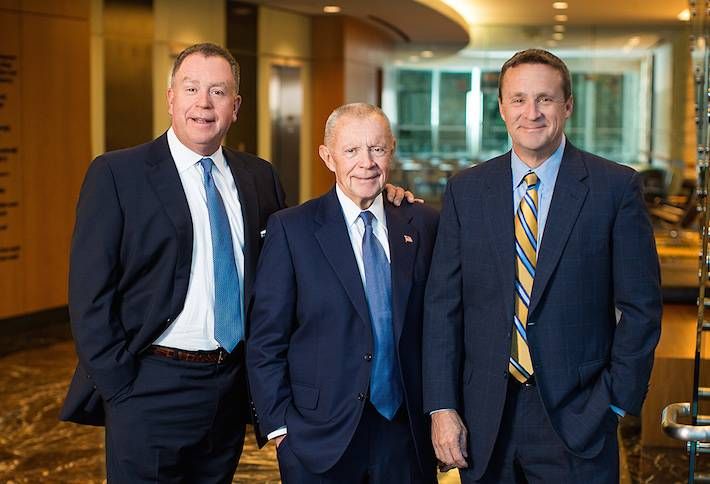 Famous Members: Russell Hitt, Warren and Myrtle’s son, has been atop the construction giant since 1978. His son, Brett, and son-in-law, Jim Millar, are the co-presidents beneath him and figure to be his successors. That's Jim on the left and Brett on the right. 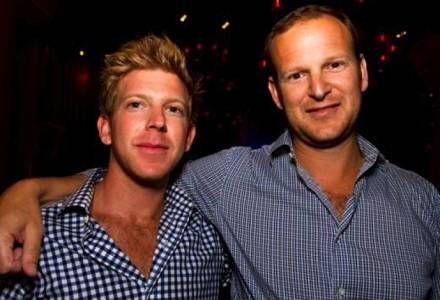 The Founder: Douglas Jemal, a Brooklyn native who helped pioneer the revitalization of the East End.

Famous Properties: The Wonder Bread Factory in Shaw, current home to WeWork (and Bisnow), the Woodies Building at Metro Center and the entire block of 7th Street NW between G and H streets in Chinatown. Currently redeveloping Uline Arena and 100 F Street. Anyone who has driven on I-395 N downtown has seen Douglas Development Corp’s logo atop 111 Massachusetts Ave NW. Fun fact: the LLC that technically owns the building is Jemal’s Darth Vader LLC. The building is very black.

Famous Members: Douglas is the patriarch and still very active in the company as chairman and CEO, and his sons, Matthew and Norman (above), also hold key executive positions. 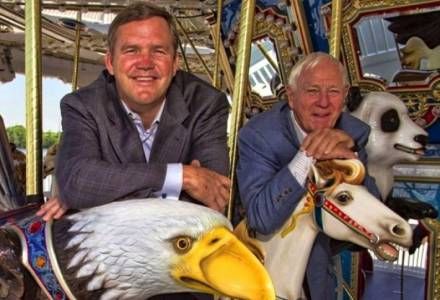 The Founder: Milt Peterson, still the Chairman and CEO

Famous Properties: The Peterson Cos has developed massive projects all over the region, including Fair Lakes in Fairfax and 440k SF of development in downtown Silver Spring. But his legacy will be judged on National Harbor, the titanic, 300-acre development with the Gaylord Hotel and Conference Center and MGM Resort Casino.

Famous Members: Milt’s son, John, is a principal in the company, and they form a tag-team at the top of the executive flow chart. Fun fact: both are graduates of tiny Middleburg College in Vermont. We’ll let you know when they get a Ben & Jerry’s flavor named after them. 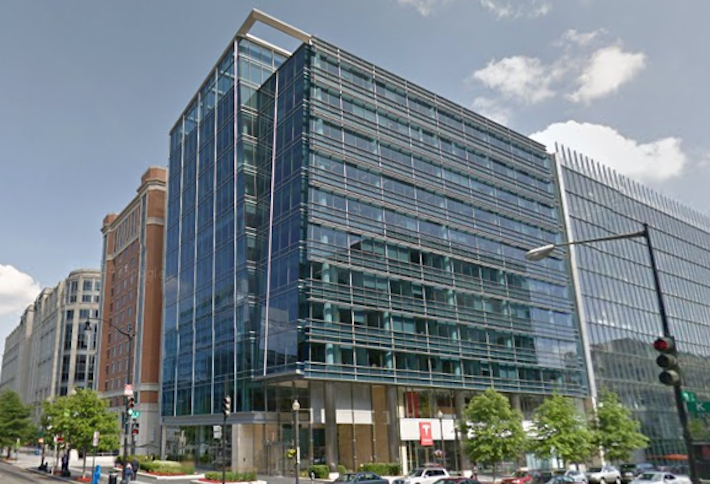 The Founder: Melvin and Thelma Lenkin

Famous Properties: Lenkin has been building and developing in DC for nearly a century, and the gem of the current portfolio is 1050 K St NW (above), a LEED platinum building in the east end, and a handful of historic apartment buildings in Northwest DC. Lenkin is planning to develop a 16-story, 210-unit apartment building in Bethesda.

Famous Members: Melvin and Thelma started the family business, and their son, Edward, is a top executive.