The Bethesda Metro station has just been chosen to get a new look. And if all goes well, the entire system could follow suit. (Is Jason Wu available for the redesign? He's been the choice for DC clothing--why not its cavernous halls?)

Coldwell Banker's Jane Fairweather tells us the Greater Bethesda-Chevy Chase Chamber of Commerce was informed Friday that WMATA has selected the Bethesda station as a pilot project for system-wide station updates. Jane, a board member with the Chamber and chair of a task force for the station update, says while a start date hasn't been set, tons of new features will be implemented, such as new ceiling tiles, more art projects, and even new state-of-the-art signage in and outside of the facility. Jane says the new signage should be a sleek, stainless steel look, instead of the "old Metro brown." 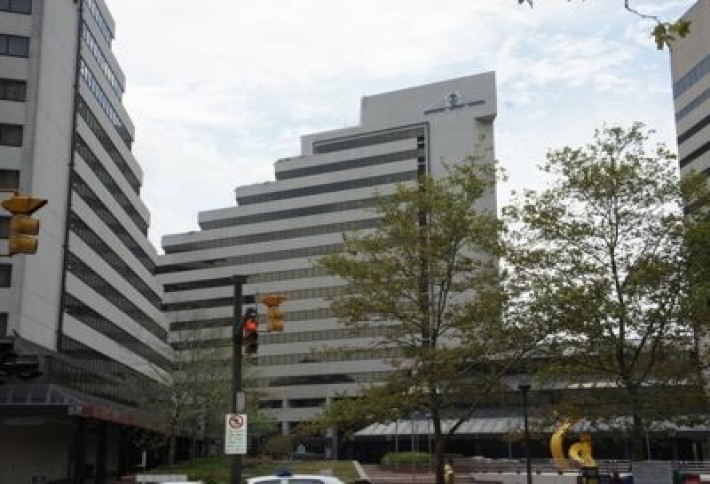 Jane says work should take about two years from design to delivery but won't begin until bus bays outside the station are repaired and 3 Bethesda Metro Center (above) owner Brookfield performs garage work there, and designs for the pilot project are formulated, which could take up to two years alone.