From Douglas' 15-acre NewCityDC to JBG and The Boundary Cos.' Capitol Point, there are a lot of huge projects in the pipeline for Northeastern DC. Here's a look at nine of the biggest developments currently underway. To learn more about what's going on in the area check out Bisnow's Northeast DC Update on Wednesday, April 13. 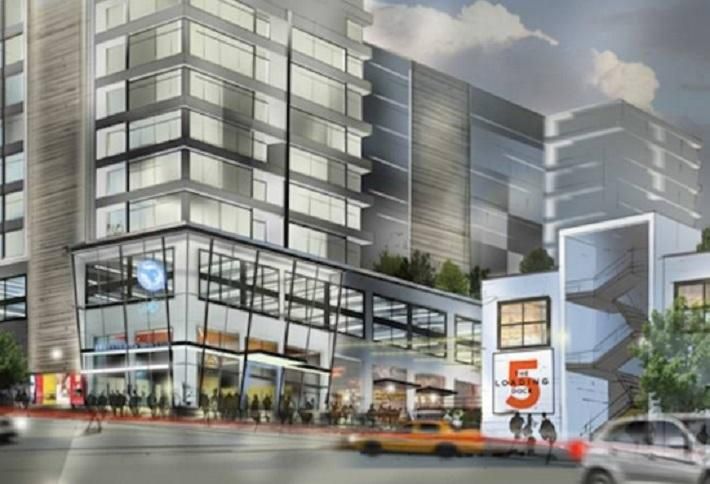 Edens’ plans for Union Market include a revitalization of the existing 63k SF marketplace, which will then be topped off with a 42k SF Angelika Film Center and four additional stories of either office or residential, a totaling roughly 112k SF. In a subsequent phase Edens will raze a nearby warehouse and replace it with a 400k SF mixed-use building including retail, entertainment, office and/or residential. 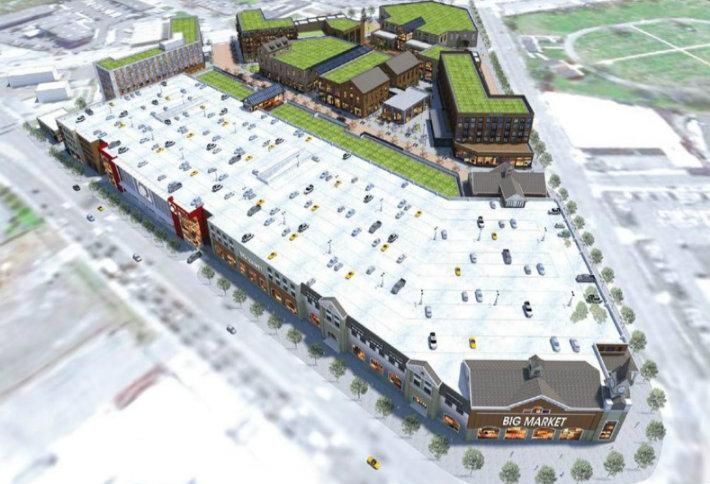 NewCityDC is the crown jewel in Douglas’ northeastern DC empire, with plans calling for 550k SF of retail, a 108-room hotel, 200 apartments and a 2,800-space parking lot. Douglas is hoping for a huge retail anchor along the lines of Wegmans or Walmart, with several smaller stores and over a dozen restaurants. The site is right next to Douglas’ Hecht Warehouse District, as well as the developer’s Hecht Town shipping container market. 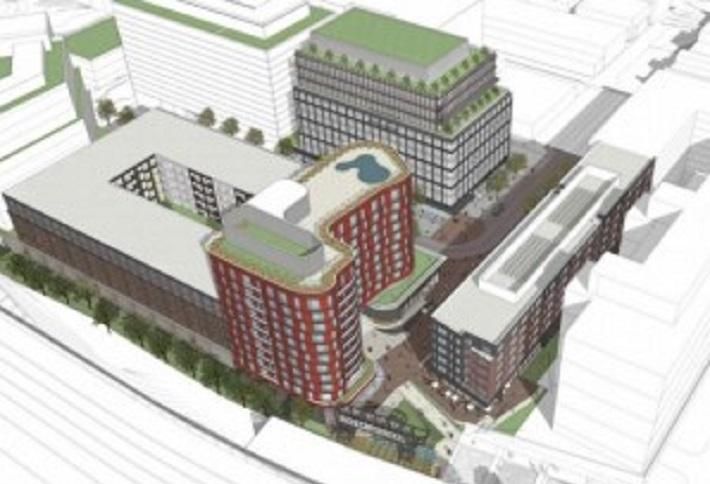 Kettler plans to build two residential buildings with a total of 571 units at this site near Union Market, as well as a 10-story 212k SF office building and 45k SF of retail on the two buildings’ ground floors. Plans for the project’s second phase have yet to be announced, but they’re expected to include a hotel, as well as more office, residential and retail. 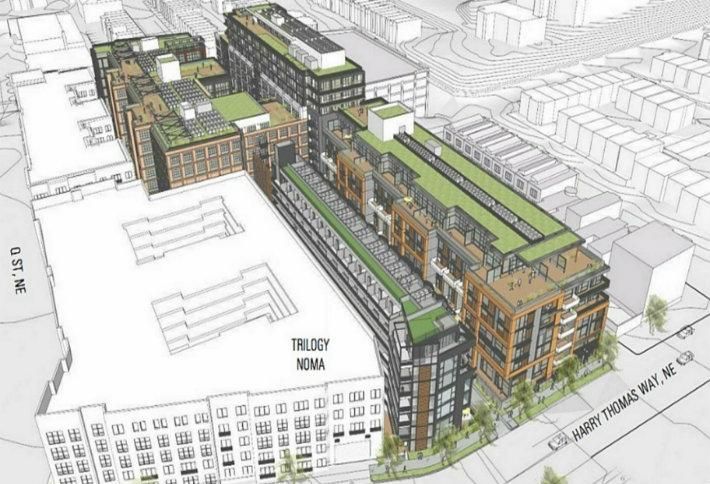 Where: Harry Thomas Way, Eckington Place and Q St NE
Who: JBG and The Boundary Cos.
Size: 3.1 acres

Lying just a stone's throw from JBG and Gallaudet University’s project, Eckington Place will feature 695 residential units in four connected buildings, up to 77k SF of retail and underground parking space. The retail is being marketed as “maker use space,” which Boundary hopes will foster a sense of community among the eventual retail tenants and the local community. 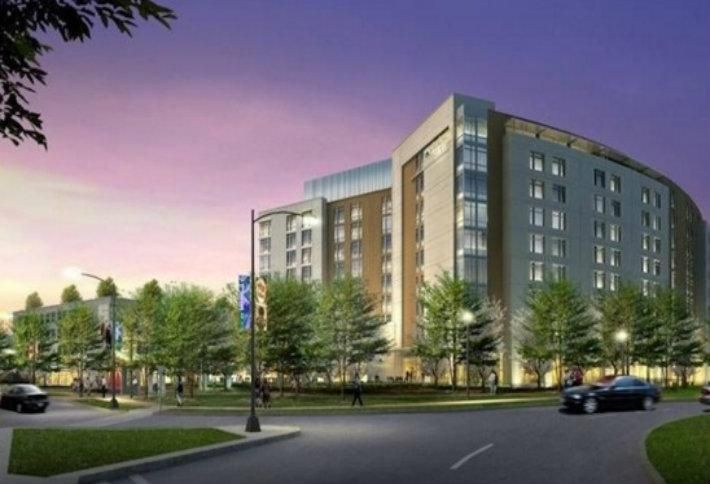 Conference Centers Associates—a JV between Hospitality Partners, the H Street Community Development, and architect Ted Mariani—hopes to finally get the ball rolling on this long-stalled project. Plans call for a dual flag Residence Inn and Courtyard by Marriott with 168 rooms each, a 40k SF conference center, 26k SF of additional space for the hotel and a glass walkway linking it with a 600-space parking garage. 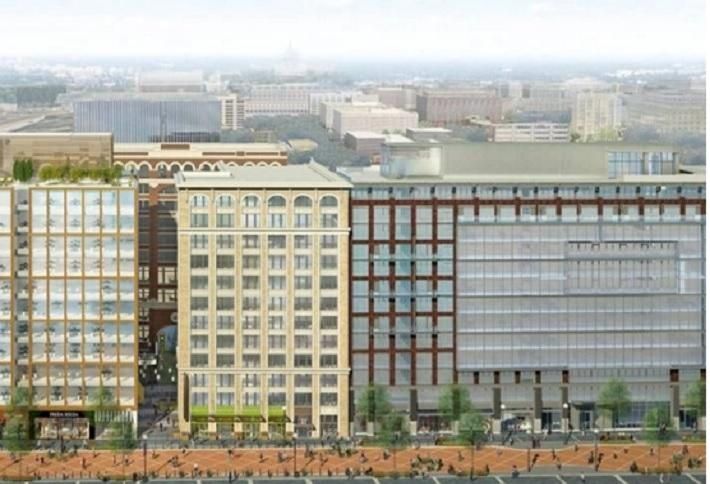 Where: First and N Streets NE
Who: JBG and Brandywine
Size: 3 acres

This massive, multi-phase mixed-use development will feature one huge building that includes an 11-story office tower and a 12-story, 220-unit residential tower, with retail on the ground floors. A 30k SF movie theater will sit beneath it all. The project also includes a 200-room Hyatt Place hotel, which was completed last year, as well as a 350-unit residential building, which is scheduled to deliver in 2018. 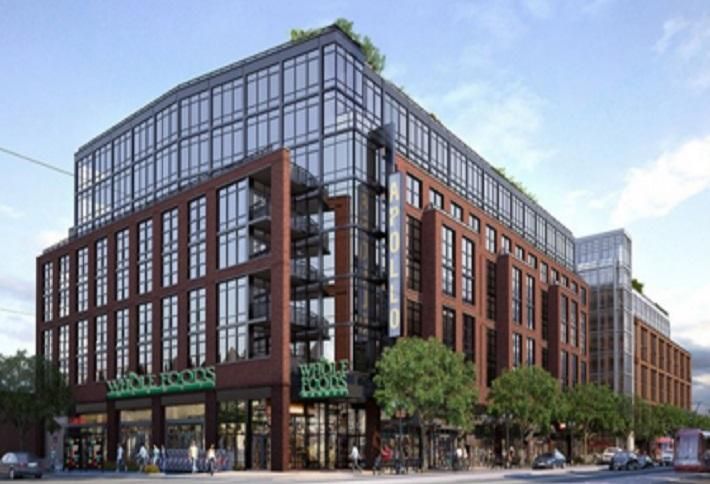 Insight plans to turn the former site of the Apollo theater into 430 ultra-luxe condos and 70k SF of retail, anchored by a 40k SF Whole Foods. The project is slated to deliver early next year. 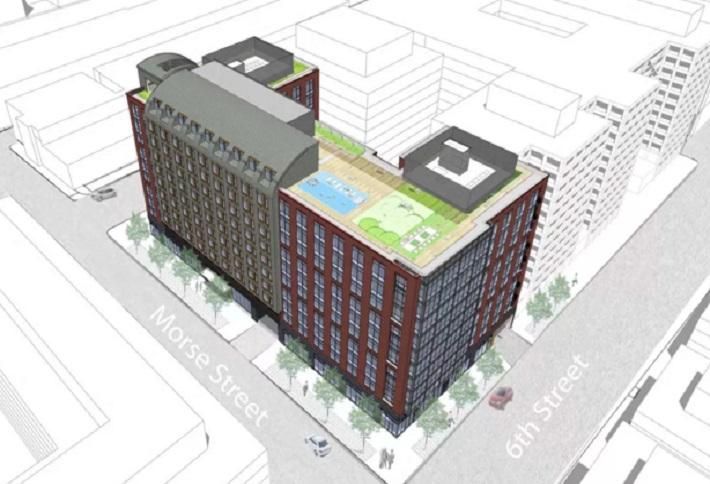 LCOR plans to build a 120-foot mixed-use building at this site just south of Union Market, which will feature 20k SF of retail topped by roughly 270 residential units. The project will also include a below-grade parking garage as well as a large plaza that spans about 5k SF or so. An alternative plan calls for basically the same thing, but just slightly smaller, with 207 units and just 14.5k SF of retail. 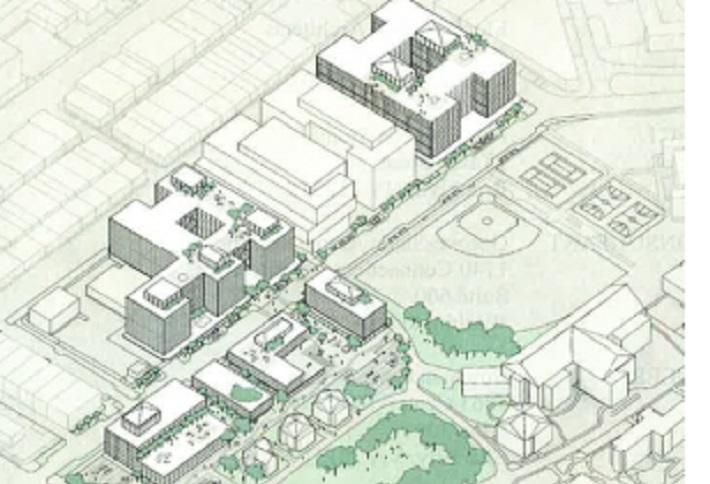 Where: Along 6th Street NE
Who: JBG and Gallaudet University
Size: 1.1M SF

When all said and done, this four-phase project will bring 1,800 residential units, 135k SF of retail and 63k SF of office space to the area adjacent to Gallaudet University and Union Market. Construction will take place along four bordering parcels of land. Right now the project is still in the planning phase, but expect it to get a sexier name when the ball finally gets rolling.

To learn more about what's going on in the area check out Bisnow's Northeast DC Update on Wednesday, April 13.