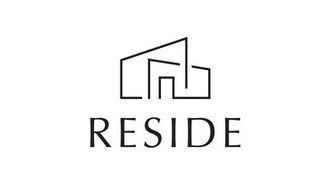 There haven’t been headline-grabbing, 10-figure infusions of cash into alternative accommodations. But even if it happens a bit more quietly, the growing lodging subsector shows strong enough fundamentals that we can expect institutional money to gravitate toward it at an increasingly rapid clip, according to RESIDE Worldwide Inc. Executive Vice President Derrick LaRosa. The alternative accommodations space has shifted in the last five years as market factors position it to catapult the asset class to the forefront of investors' minds. Backed by $100M in private equity, RESIDE plans to lead the sector to its next evolution.

Here are four reasons why.

Traditionally, furnished apartments and short-term rentals experience less of a downturn than other lodging alternatives during recessions. Because furnished apartments acquire clients via a direct sales model, and operate on a business-to-business basis, they drive longer lengths of stay, which generate more stability, LaRosa said. With 30 years of operating experience, RESIDE has weathered multiple down cycles and knows how to execute the strategy.

Due to the average length of stay and higher rates of occupancy, furnished apartments generate higher returns than traditional residential assets. These returns come with a similar risk base profile. Should the demand for furnished apartments soften, a potential fallback strategy is to convert back to market-rate residential property. This creates a safety net.

The furnished apartment market in the U.S. is a $4B industry with growth of over 5% in 2017, per figures provided by RESIDE. When combined with the extended-stay and short-term housing industries, LaRosa and his team at RESIDE estimate that entire cluster of industries generates as much as $40B annually.

4. When in doubt, look at the demographics

Household formations are down and being pushed to later years while workers have become less tethered to physical offices. The traditional office model continues to evolve, with a more mobile workforce and the rise of the gig economy. What’s more, renter households are at their highest levels in 30 years as millennials delay or eschew homeownership entirely. It all adds up to large numbers of young, educated people with a more mobile, less rooted view of housing than in generations past.

This feature was produced in collaboration between Bisnow Branded Content and RESIDE Worldwide. Bisnow news staff was not involved in the production of this content.