'We're Going To Run Out Of Space To Build Housing': D.C. Mayor On How To Add Density In Upper NW 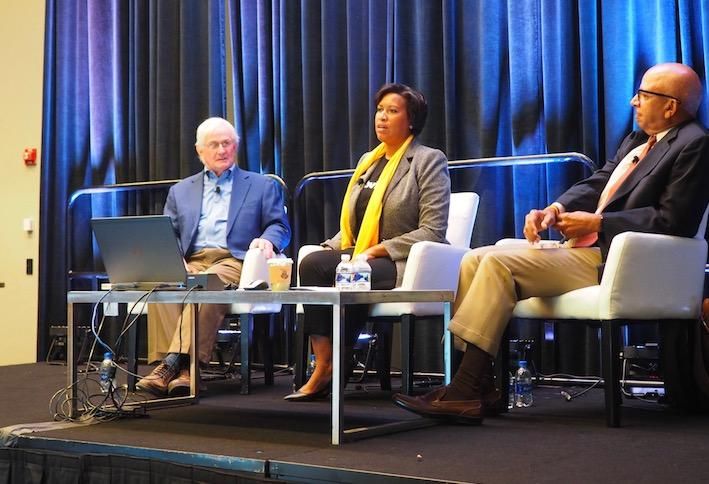 To achieve her goal of adding 36,000 housing units to the District by 2025, Mayor Muriel Bowser said the city will need to have difficult conversations.

"We're going to run out of space to build housing," Bowser said. "We have to look at our unused space. It's a tricky conversation in D.C. because we have a lot of density outside of our monumental core that could be taller."

The area west of Rock Creek Park has seen significantly less housing development in recent years than other sections of the District. Bowser said earning the support of residents of that area for new housing requires talking about the issue in a different way.

"You have to give people real, finite targets that they can relate to," Bowser said. "I'm not going to go to Rock Creek West and say 'I need you to help me solve the affordable housing crisis.' We have to come up with another way to explain what we're doing that they can embrace, or at least if they don't embrace it, they will look shameful."

The city needs to focus not just on building housing for the lowest-income residents, Bowser said, but also the middle-income residents who struggle to afford D.C.'s cost of living. The focus on middle-class housing has emerged as a key issue in recent years as costs continue to rise in U.S. cities.

"Some people say 'I don't want our tax dollars to be used to help people that make $90K/year," Bowser said. "That's a ridiculous statement, in my view, because those same people who are making $90K still can't afford a market-rate unit, then they go down and now they are buying what a person who makes $40K could be in. So we have to make sure we're investing in every segment of the income spectrum." 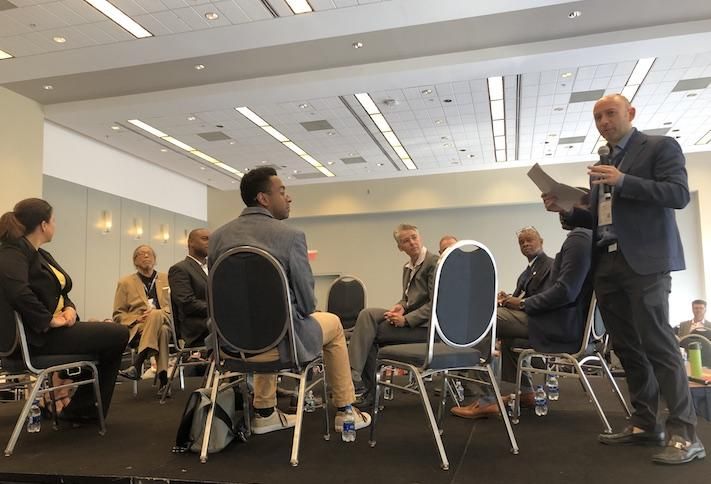 One of the primary roadblocks to building new housing in recent years, city officials and developers agree, has been the deluge of appeals that have delayed dozens of projects in court.

EYA Executive Vice President Evan Goldman, speaking Friday on a fishbowl-style panel at ULI's annual meeting, gave the example of EYA's 80-unit townhouse project on the St. Joseph's Seminary site in Northeast D.C.'s Michigan Park neighborhood. A group filed an appeal of the project's approval in February 2018 and the court has yet to decide the case, preventing the project from breaking ground.

"We're going to be able to ride through this battle and ultimately prevail and build houses, but it will have been eight years since the initial conversation, and we're building 80 houses," Goldman said. "If this were an isolated incident we would say, 'It is what it is.' But this is happening throughout the city. There are tens of thousands of residential units that have been delayed in D.C. from lawsuits."

D.C. Director of Planning Andrew Trueblood, also speaking at ULI, said the city is looking for ways to help alleviate the delays appeals have caused for developments in D.C. He pointed to the ongoing rewrite of the Comprehensive Plan, which he said could help clear up some of the issues that have allowed projects to become stuck in court.

"We're not just hoping all the litigation will resolve itself," Trueblood said. "We know through the Comprehensive Plan and through court decisions like McMillan that affirmed the Zoning Commission decision, we're working through it. Unfortunately, like any judicial process, it takes time."

A consequence of the appeals has been developers beginning to abandon the planned-unit development process, which allows greater density in exchange for community benefits, Coalition for Smarter Growth Policy Director Cheryl Cort said. The majority of appeals have challenged the Zoning Commission approval of PUD projects.

"The planned-unit development process is broken, and in fact, we don't have to worry about lawsuits anymore because hardly anyone is filing planned unit developments," Cort said. "It's hardly a perfect process, but it was designed to bring the community into a discussion rather than just a matter-of-right deal. We're losing that opportunity."

Goldman also said developers are shying away from the PUD process. He said this not only reduces the amount of housing created on D.C.'s scarce development sites, but it removes the process for the public to meet with developers and negotiate neighborhood benefits.

"Developers are now going by-right, which means we're getting less housing," Goldman said. "It almost doesn't matter how good the public benefits are or the quality of the developer. The battle lines are getting stronger."